Home » An act of “sabotage” paralyzes train traffic in Germany 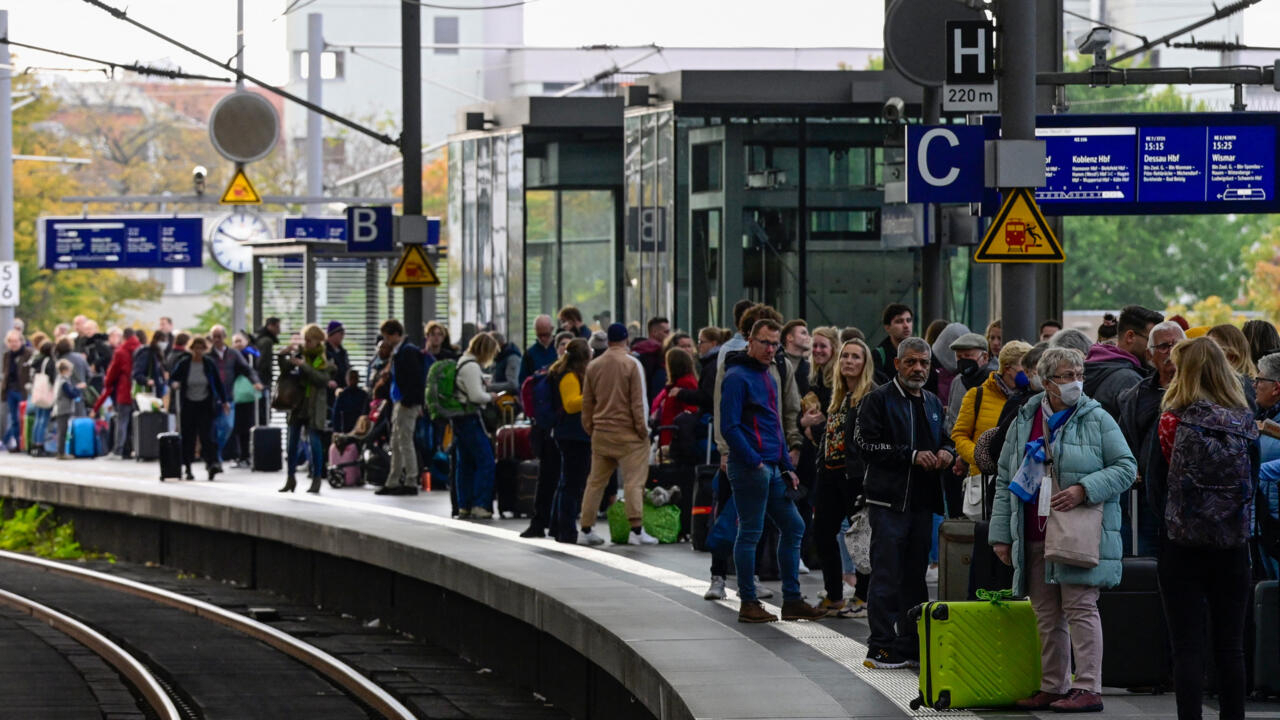 German train traffic was paralyzed in the north of the country on Saturday after an act of “sabotage” targeting radio link cables. All regional and high-speed lines were interrupted for nearly three hours.

An act of “sabotage” targeting radio link cables paralyzed rail traffic in northern Europe on Saturday, October 8.Germany. All high-speed and regional connections in the north of the country were interrupted for nearly three hours on Saturday morning.

After the partial recovery of traffic, the Deutsche Bahn company claimed that “sabotage” was the cause of the outage. This sabotage targeted “cables essential for the circulation of trains,” the German company told AFP.

More specifically, it would be the trains’ GSM-R radio network used for communication with the drivers, but also, more generally, of the control’s “central interface between the trains and the infrastructure”, according to Spiegel, the first media to raise, citing security sources, suspicions of sabotage.

However, these essential cables could have been cut “in two places,” Spiegel says.

“Fibre-optic cables” are said to have been cut in Berlin and North Rhine-Westphalia (west), Germany’s most populous region, is teeming with the popular daily Bild.

Action against this cable would not come within the purview of the former and would require “certain knowledge” of the rail system, sources close to Deutsche Bahn underline with Bild and specify that the federal police are in charge of the investigation.

In particular, the incident led to an interruption of connections between Berlin and certain regions in the west and north of the country, such as Schleswig-Holstein, the cities of Hamburg and Bremen or even Lower Saxony and part of North Rhineland.

The Berlin-Amsterdam connection was also suspended.

As a result, thousands of travelers were stranded in stations on Saturday morning. Despite the restoration of rail connections, cancellations and delays were still to be expected during the day on Saturday, Deutsche Bahn warned.

The German government had thereby strengthened the protection of its critical infrastructure.

The Deutsche Bahn company is regularly selected because of the many delays on its lines. At the beginning of September, for example, it announced that it would have to carry out major works, in particular the replacement of 137,000 concrete sleepers, to improve its tracks.

The derailment of a train in the Bavarian Alps in early June, which killed five people and injured more than 40, was a tragic example of the poor condition of Germany’s routes, linked to years of underinvestment.

These failures are all the more so as the government has been encouraging the Germans, big followers of the car, to take the train in recent months.

Tested in Germany over the summer, a monthly ticket of 9 euros that allows you to travel on the entire German network (excluding high-speed trains) has been a great success, with approximately 52 million tickets sold.