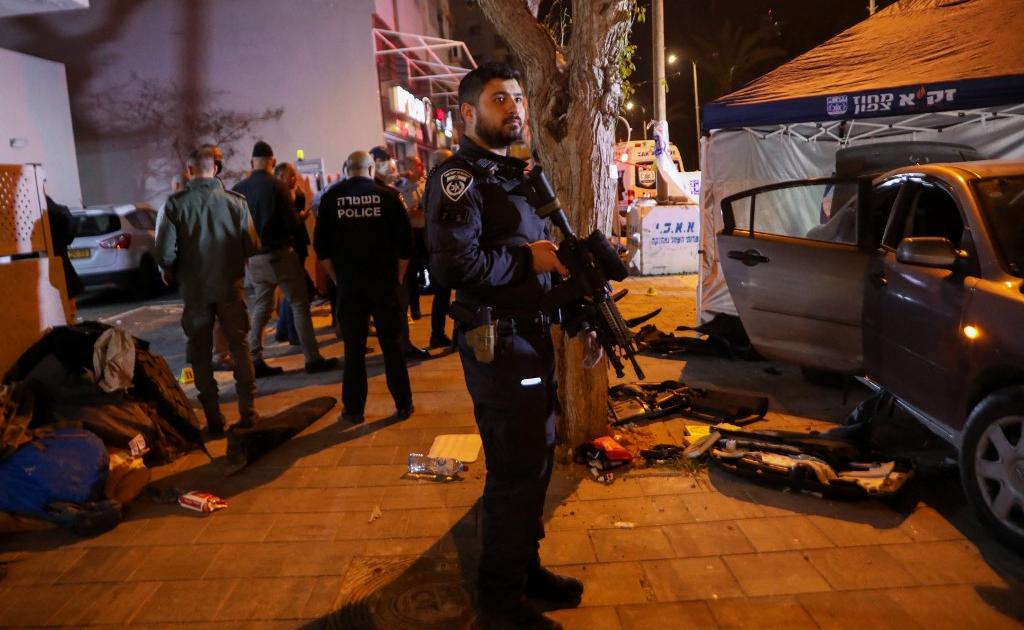 Two people were killed in the attack, which is still underway on Dizengoff Street in the center of the Israeli metropolis.

Two people were killed and many injured in a new armed attack on Thursday evening in the center of the Israeli metropolis of Tel Aviv, where witnesses reported scenes of chaos. The Magen David Adom, the equivalent of the Israeli Red Cross, said 16 injured had been transferred to local hospitals. “We have received ten injuries so far, but despite the best efforts of the medical staff, two have succumbed to their injuries,” the spokesman said. Ichilov Hospital in Tel Aviv said in a brief statement.

On Thursday evening, witnesses at the scene told AFP they had heard gunshots and saw scenes of chaos in central Tel Aviv, where Israeli police said they had been deployed. “It’s a war atmosphere, soldiers and police everywhere… they’ve searched the restaurant, people are crying and running in all directions”Binyamin Blum, who works at a restaurant near the site of the attack, told AFP. Brenda Ehrlich, 31, an insurance broker from Holon, a Tel Aviv suburb, was on a bus traveling through the metropolis when she learned of the attack. “I feel alert. I feel like I have to look in all directions so as not to be surprised (by a gunman)”, she testified to AFP. The attack took place on rue Dizengoff, which is home to dozens of bars that are often packed on Thursday evenings (the equivalent of Friday evenings, the first night of the weekend, in France).

In a press release, security forces asked the population not to go outside to avoid being targeted by fire. ‘Police are calling on people to stay at home and allow troops to deal with the ongoing incident to locate suspects’she said in a statement. Israeli Prime Minister Naftali Bennett is standing by his side at army headquarters in Tel Aviv, receiving the latest information on this fourth attack in just over two weeks in Israel, his services said.

Last week, a Palestinian from the occupied West Bank opened fire on crowds passing through the Jewish Orthodox city of Bnei Brak, near Tel Aviv, killing five people, including two Ukrainians and an Israeli Arab police officer. A few days earlier, two police officers, including a young French-Israeli, had been killed in a firefight claimed by the Islamic State jihadist organization in Hadera (north). And on March 22, in Beersheva, a major city in the southern Negev desert, four Israelis were killed in a stabbing and car-raid attack perpetrated by a teacher who was sentenced to four years in prison in 2016 for planning a trip to Syria to to fight for IS.

In the wake of these attacks, the Israeli military, police and internal security forces arrested dozens of people suspected of having links with IS in Israel and stepped up operations in the occupied West Bank, notably in Jenin, sector in the north of this Palestinian territory. where the attacker of the Bnei Brak attack came from. At least three members of Islamic Jihad, the second Palestinian armed Islamist movement after Hamas, were killed last week in a firefight related to these operations in Jenin.

ALSO SEE – Two police officers killed, including a French-Israeli in an attack by the Islamic State in Israel