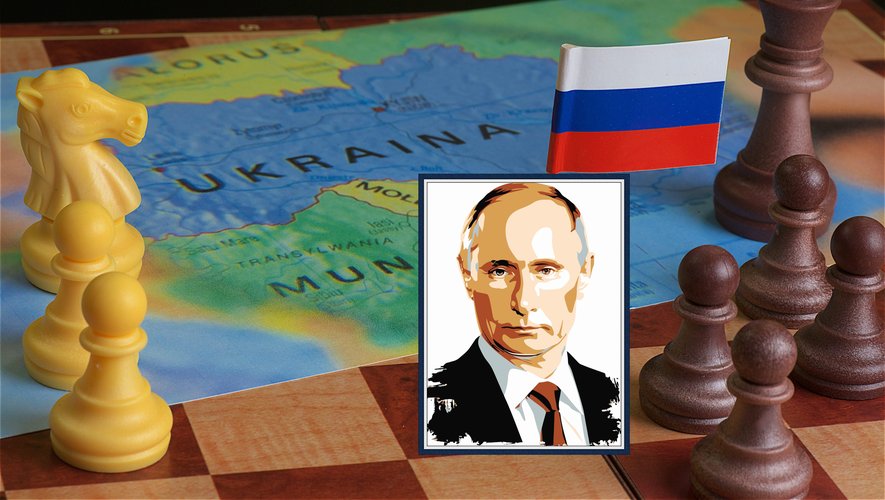 Often out of fear, the truth was often hidden from Vladimir Putin by his closest advisers, according to British and American intelligence. As for his misadventures in Ukraine or the magnitude of the impact of Western economic sanctions, they preferred to hide the truth from him.

On Wednesday, March 31, the director of GCHQ said new intelligence showed that Russian soldiers deployed to Ukraine had refused to carry out orders, sabotaged their equipment and accidentally shot down one of their planes. An unprecedented phenomenon since the start of the Russian offensive in Ukraine just over a month ago.

Jeremy Fleming, director of the Government Communications Headquarters, the “ears” of British intelligence, said in this regard that Russian President Vladimir Putin had “extremely misjudged” the capabilities of the once powerful Russian armed forces, while the resistance of the Ukrainian people and the determination of the West, which punished Moscow with largely coordinated sanctions.

“(Vladimir) Putin has misjudged the situation,” Jeremy Fleming said during a speech to the Australian National University in Canberra. And rightly so: “We think his advisers are too scared to tell him the truth,” he said.

The morale of Russian soldiers at an all-time low

Jeremy Fleming added that, according to new intelligence, there was evidence that Russian soldiers’ morale was low and that they were ill-equipped. †We have seen Russian soldiers – off-arms and demoralized – who refused to obey orders, sabotaged their equipment and even accidentally shot down one of their planes.”†

Reuters was unable to independently verify GCHQ’s analysis. GCHQ, which collects communications from around the world to identify and counter threats to Britain, maintains close relationships with the United States National Security Agency and the American watchdogs, Australia, Canada and New Zealand.

Same story on the American side

Vladimir Putin was misinformed by advisers who were too afraid to reveal to him the bad course of the war in Ukraine or the magnitude of the impact of Western sanctions on the Russian economy, a US official also said Wednesday, citing declassified intelligence data.

“We have information that (Vladimir) Putin felt he had been misled by the Russian military,” leading him to distrust the military command, the US official said.

He “didn’t even know his army was using conscripts in Ukraine – with losses” – which shows that clear break in the flow of reliable information to the Russian presidentsaid this official, without providing the intelligence agency report, but indicating that it had been released.

“Too scared to tell him the truth”

“We believe that (Vladimir) Putin has been misinformed by his advisers about the magnitude of the Russian military’s poor performance and how the Russian economy is being crippled by sanctions because his top advisers are too afraid to tell him the truth,” he said. this American official. †

No comment on these statements could be obtained immediately, either from the Kremlin or from the Russian embassy in Washington.

Allowing Vladimir Putin to Save Face

The invasion of Ukraine launched by Russia on February 24 has met with stubborn resistance on many fronts from Ukrainian forces, who have recaptured positions in particular around Kiev, in the north of the country, even though many civilians are trapped in besieged cities in the north. south of the country. country.

On the ground, the Russian army bombed the suburbs of Kiev and the city of Chernihiv in northern Ukraine on Wednesday, the day after promising a drastic reduction in its military operations in these regions, as a pledge of de-escalation.

She claims to have completed the first stage of her surgery. Military analysts estimate that Russia has changed the way it presents its war goals to allow Vladimir Putin to save face with a facade victory despite the humiliating setbacks of his army during this arduous campaign.

Moscow describes this offensive, launched on February 24, as a “special military operation” aimed at demilitarizing and “denazifying” Ukraine.