Home » Behind the bombing in Ukraine, stocks of Russian missiles are dwindling 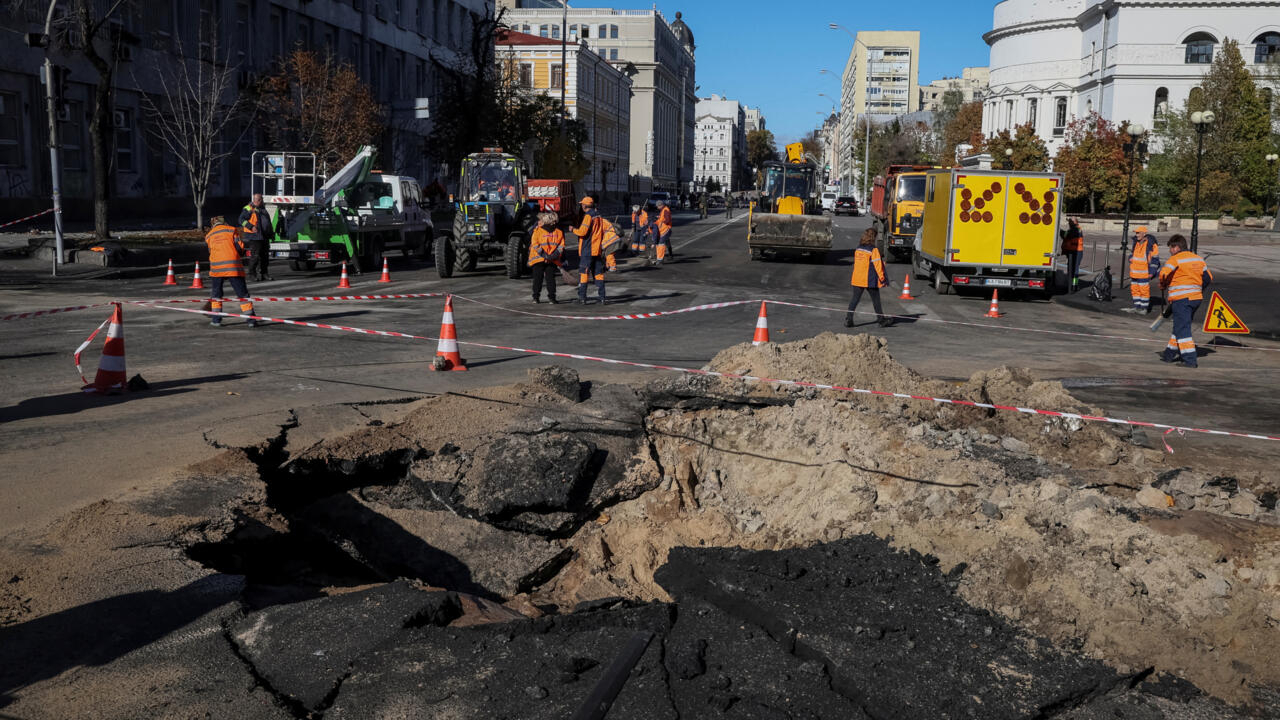 In retaliation for the attack on the Crimean Bridge, Russia has unleashed a barrage of bombing raids on Ukraine. An operation considered counterproductive by several military experts as Russia struggles to renew its ammunition stock.

On Tuesday, October 11, Russia claimed responsibility for a new series of attacks on Ukraine’s strategic infrastructure. The day before, 19 people had died across Ukraine in the most intense bombing raids carried out by Moscow in a few months.

This display of power that follows the explosive attack that targeted the Crimean Bridge on Saturday, is part of a difficult context for the Russian military, which is finding it difficult to slow down Ukraine’s advance on the eastern and southern fronts. Far from embodying a new strategy, this military escalation reflects the feverishness of the Russian regime, according to several experts contacted by France 24.

The volleys of rockets, missiles and drones sent by Russia earlier this week have hit civilian energy infrastructure and urban centers in more than 20 cities and towns, according to Ukrainian authorities.

“This is not the first time Russia has launched strikes of such magnitude,” said Jeff Hawn, a specialist in Russian military issues and an external advisor to the New Lines Institute, a US geopolitical research center. “It wanted to prove that it is still capable of carrying out large-scale punitive attacks across Ukraine and hitting critical infrastructure. But these operations pose two major problems for Moscow: they rarely destroy their targets and cannot be activated only incidentally because them a significant military investment.

According to the Ukrainian army, Russia fired 75 missiles at the country, 41 of which were shot down by air defenses. During their videoconference meeting on Wednesday, G7 leaders pledged to send Kiev additional military aid, including new and more efficient anti-aircraft systems. Ukraine’s Defense Minister Oleksiy Reznikov welcomed the arrival of the German Iris-T missile launcher on Tuesday, which he says marks the beginning of a “new era” for Ukrainian air defense.

A new era of air defense has begun in 🇺🇦. IRIS-Ts from 🇩🇪 are already here. 🇺🇸 NASAMS are coming. This is just the beginning. And we need more. Russia is undoubtedly a terrorist state.
There is a moral obligation to protect the skies above 🇺🇦 to save our people. pic.twitter.com/jvbXUwDjc8


Despite the massive Western military aid sent to Ukraine in recent months, Russia, considered the world’s second largest army, retains a significant military advantage over its neighbor. In the long term, however, this dynamic could change, Jeff Hawn analyzes. “The Ukrainian army is getting stronger, while Russia is seeing its military capabilities inexorably diminish as it is unable to maintain its supplies.”

In late April, Ukrainian Deputy Defense Minister Hanna Maliar claimed that Russia was already 1,300 missiles against Ukraine since the invasion began on February 24, estimating that Moscow had then used nearly half of its available supply.

“It is estimated that the Russian industry has a production capacity of 100 to 200 new missiles per year,” explains General Christian Quesnot, former chief of staff to the President of the Republic. “Today’s problem is renewal. It’s difficult because the Russians have steel plates and explosives, but are limited in electronic guidance systems.”

The economic sanctions against Russia, imposed since the start of the invasion of Ukraine, have weighed heavily on the Russian arms industry, which struggles to find electronic components.

In this context, Moscow was forced to drastically reduce or even interrupt his arms deliveries abroad and to turn to new suppliers, such as Iran or the North Korea.

>> To also read: Far from the front, Ukrainian cities threatened by Iranian drones

Soldiers on their own

In addition to the impact of the sanctions, Russia’s military industry is paying the price for decades of mismanagement, Jeff Hawn explains. “Moscow certainly has huge amounts of military equipment, but some of this equipment is unusable due to the incompetence of the people who have to maintain it and the institutional corruption that prevails in this sector. The sale of parts and military equipment on the black market is a widespread practice in Russia, to the point that even before the war, some conscripts found themselves having to buy their own equipment.

In recent months, faced with an increasingly difficult military context, Russian soldiers expressed their anger on the networks, feeling abandoned by their hierarchy.

“The Russians need ammunition to support their frontline troops who bitterly complain they have no fire support,” emphasized General Michel Yakovleff, former deputy chief of staff at the Grand Headquarters of the Allied Powers in Europe (NATO). “While its soldiers are fighting on the ground, Russia is setting off fireworks. This operation has no military sense.”

Although the Russian bombing campaign launched at the beginning of the week caused major power cuts in Ukraine, this did not prevent the forces in Kiev from continuing their counter-offensive. On Wednesday, the Ukrainian presidency announced the recapture of Russian forces from five sites in the southern region of Kherson, which had been annexed by Moscow in late September.