Home » clashes amid protests for the fourth consecutive week 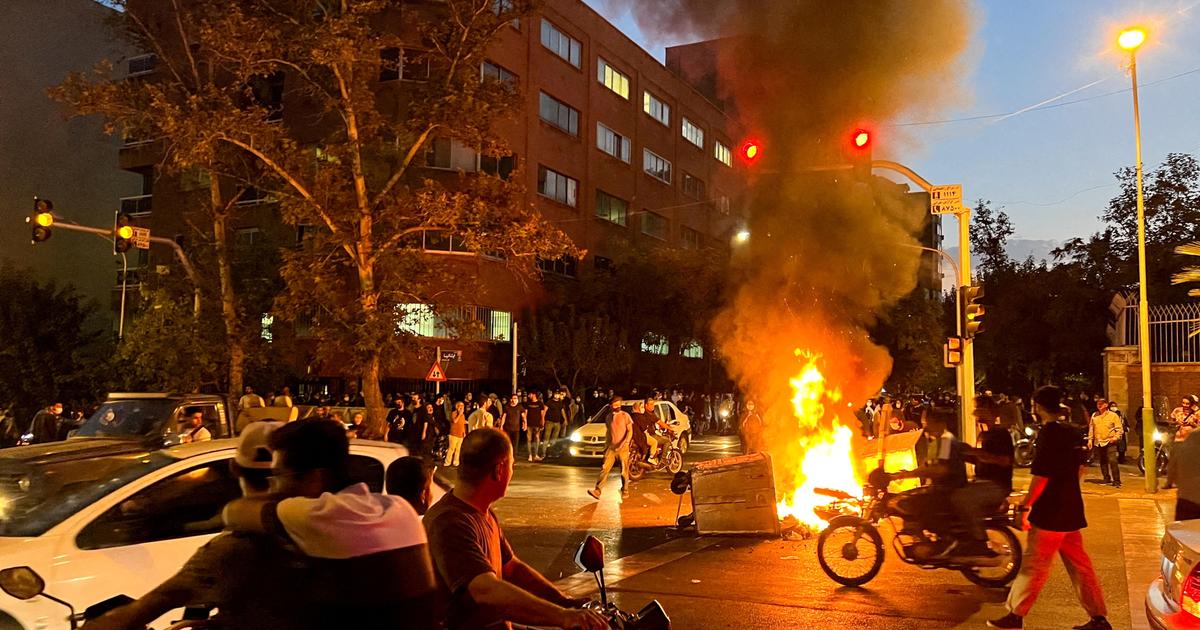 Protests were sparked by the death of Mahsa Amini on September 16, three days after her arrest in Tehran by deputy police.

Schoolgirls chanted slogans, workers went on strike and clashes with law enforcement broke out in Iran on Saturday, where protests were sparked by the death of Mahsa Amini according to NGOs entered their fourth week.

Anger flared after the 22-year-old Iranian Kurd died in hospital on September 16, three days after she was arrested in Tehran by vice squad for violating the Islamic Republic’s strict dress code for women, including wearing the veil. .

Iranian authorities claimed on Friday that Mahsa Amini died of a disease and not of “blows” on the headalthough her family had reported that she was in good health previously.

The demonstrations continued in Iran on Saturday as part of this protest movement, which has also sparked solidarity meetings with Iranian women around the world in recent weeks.

In Saqez, Mahsa Amini’s hometown in Kurdistan Province, schoolgirls chanted “woman, life, freedomand girls walking down a street took off their headscarves to wave them over their heads, according to videos recorded Saturday, Norway-based human rights NGO Hengaw said.

Despite restrictions on internet access by authorities seeking to prevent demonstrations and the dissemination of images of the crackdown, protesters have adopted new tactics to get their message across.

Like this large banner placed on an overpass of the Modares highway that crosses central Tehran, according to online images verified by AFP, which reads: “We are no longer afraid. we will fight“.

A widespread video shows a man changing the text of a slogan on a large public bulletin board with the phrase “The police are at the service of the people” became “The police kill the people“.

In another form of protest,general strikesare taking place in Saqez, Sanandaj and Divandarreh in Kurdistan province, as well as Mahabad in West Azerbaijan province, according to Hengaw.

Shots were fired in Sanandaj during clashes between protesters and security forces, according to images shared by online media 1500tasvir, which lists human rights violations.

According to the same source, demonstrations also took place in Shiraz (south), Karaj, a city west of Tehran, and Kerman (south). AFP could not directly verify the images of 1500tasvir.

Repression has increased since the protest movement began, the largest since the demonstrations against rising petrol prices in 2019.

Ultra-conservative President Ebrahim Raisi, who attended a ceremony at a university in Tehran on Saturday to mark the start of the academic year, blamed the unrest on outside forces and said the students would not serve the interests of “the enemy“.

Iran has repeatedly accused outside forces of fueling the protests, including the United States, its sworn enemy. Last week, Tehran announced that nine foreigners, including from France, Germany, Italy, Poland and the Netherlands, have been arrested.

Read alsoIran: Faced with the uprising, the regime chooses to flee ahead

On Friday, Paris appealed to the French “passing through Iran” Bee “leave the country as soon as possible given the risk of arbitrary detention to which they are exposed“.

The violent crackdown on protests in Iran has sparked a wave of condemnations around the world and the announcement of sanctions against the regime, including by the United States and Canada, while the European Union has said it is investigating possible sanctions.

ALSO SEE – Iran: where is the uprising?