Home » day of evacuations in Mariupol, the separatists would gain ground in the east 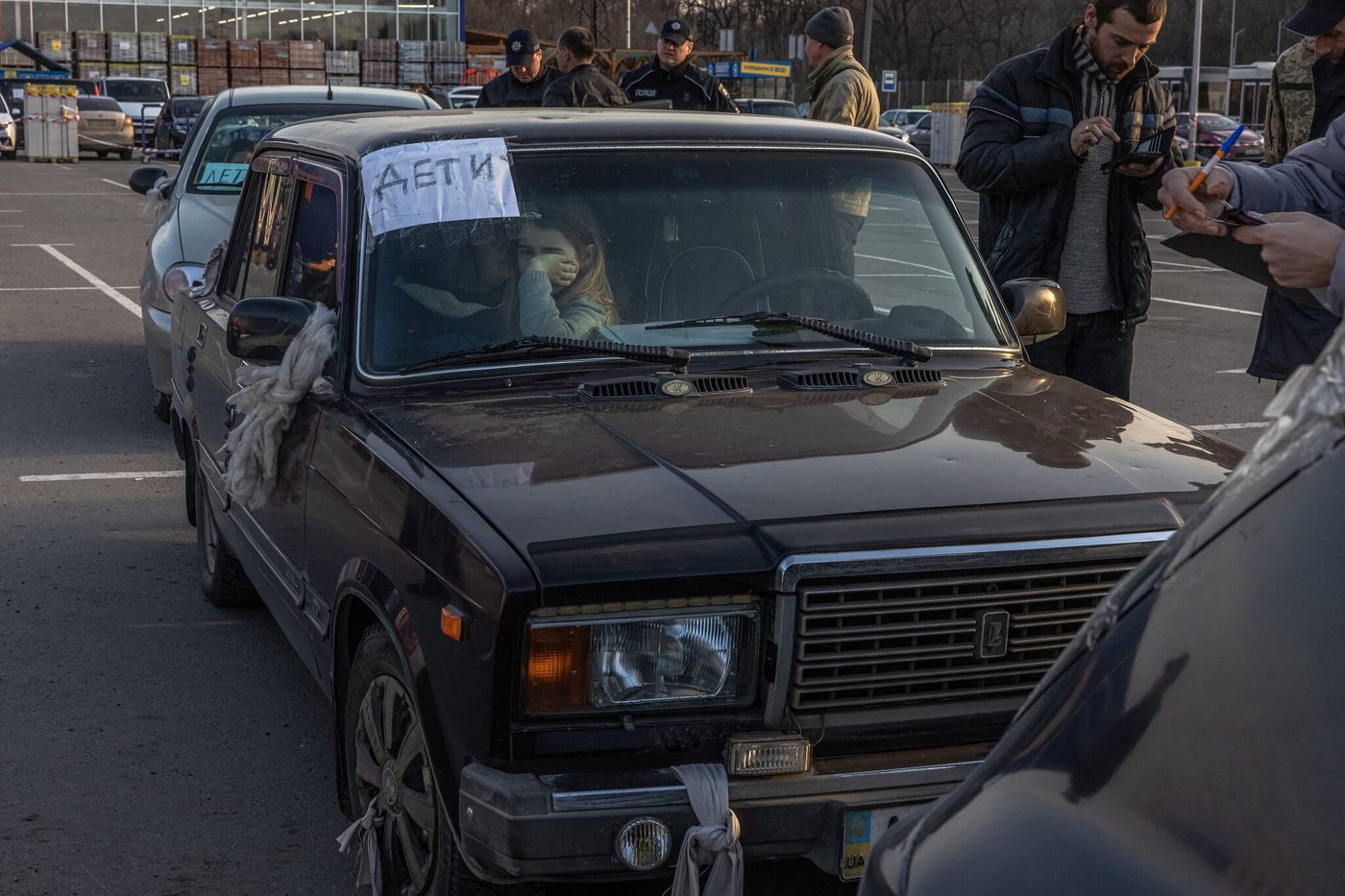 ► The first evacuations begin in Mariupol

On the 36th day of the Russian invasion, Kiev sent 45 buses to . on Thursday evacuate civilians blocked in the south-east port city of Mariupol, after Russia announced the entry into force of a ceasefire to allow the creation of a humanitarian corridor to the city of Zaporizhya, which is controlled by the Ukrainian army.

→ UNDERSTAND. War in Ukraine: a “catastrophic” situation for civilians in Mariupol

In the morning, seventeen buses were on their way to Mariupol, and twenty-eight others were waiting for a Russian pass to cross a bridge near the front line. The Red Cross, for its part, said it was ready to lead evacuation operations for that day on Friday. “provided all parties agree on exact terms, including route, start time and duration”†

“Our teams are on the way with pre-loaded medical equipment and supplies ready to facilitate the safe passage of civilians from Mariupol”emphasized the International Committee of the Red Cross (ICRC).

The Russian Defense Ministry had proposed on Wednesday evening to “silent food”, or a local ceasefire, from 10am (11am in Paris) on Thursday in the besieged and shelled port to evacuate civilians. Some 160,000 civilians are said to be still stranded in the city that has been continuously bombed by the Russian army for weeks. It is estimated that at least 5,000 civilians were killed in the city.

The leader of the Russian Republic of ChechnyaRamzan Kadyrov, whose thousands of men are fighting in Mariupol, assured on Thursday that 90 to 95% of the strategic port city is now under Russian control. According to him, the last Ukrainian defenders are entrenched in the metallurgical plant Azovstal, located in the east of the city. However, the fighting continues in the city center.

→ EXPLANATION. War in Ukraine: Is Russia Changing Its Military Strategy?

Pro-Russian separatists in Ukraine’s Donbass on Thursday claimed they control almost the entire Luhansk region and more than half of Donetsk. “As of March 31, 2022, in the morning, more than 90% of the territory of the Luhansk People’s Republic has been liberated”said an official from this area.

Denis Pushilin, leader of the separatists in Donetsk, assured on Wednesday that“about 55 to 60%” of the territory of the Ukrainian region of the same name was under Russian control. Before the outbreak of the Russian offensive on February 24, separatists, who have been at war with Ukrainian forces since 2014, controlled about a third of each of these regions.

Russian troops begin to withdraw of the Chernobyl nuclear power plant, which they took over on the first day of the invasion of Ukraine on Feb. 24, a senior Pentagon official said Wednesday. The Russian army also withdrew outside Gostomel airport, northwest of Kiev.

“Chernobyl is another area where they are starting to reposition themselves, leaving Chernobyl to go to Belarus”a senior US official who asked for anonymity told reporters. “We think they’re leaving, I can’t tell you if they’re all gone”he added.

→ EXPLANATION. What is the situation at the Chernobyl nuclear power plant in Ukraine?

That’s what Pentagon spokesman John Kirby said “less than 20%” Russian troops whose advance to Kiev was prevented by the Ukrainian resistance “started to reposition itself” in the direction of Belarus.

► Vladimir Putin would be badly advised according to the Americans

Advisors to the Russian President Vladimir Poutine“being afraid to tell him the truth” about his war strategy “failed” in Ukrainesaid the director of British intelligence on Thursday.

→ RESEARCH. War in Ukraine: what Russia’s friends in France are saying

“We have seen Russian soldiers – out of arms and in despondency – refusing to carry out orders, sabotaging their own equipment and even accidentally shooting down their own plane.”said the director of British intelligence GCHQ Jeremy Fleming. And even if Putin’s advisers are afraid to tell him the truth, the regime should be crystal clear about what is happening and the magnitude of these miscalculations.he estimated.

Ukraine’s economy is expected to shrink by 20% this year as a result of the Russian invasion of the country. According to projections from the European Bank for Reconstruction and Development (EBRD) released on Thursday, Moscow will see its GDP fall by 10%.
Before the war, the EBRD expected growth of 3.5% in 2022 for Ukraine and 3% for Russia.