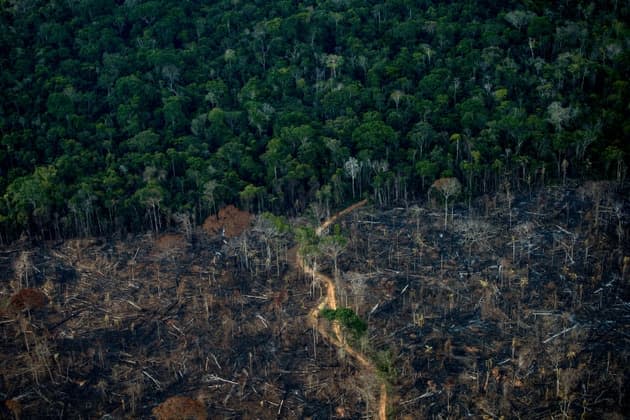 The deforested area in the Brazilian part of the Amazon has increased by 48% compared to September 2021, according to official data.

Amazon deforestation reached 1,455 km² in September, a record for this month of the year, according to official data released on Friday, suggesting 2022 could surpass the historic record set by Jair Bolsonaro’s first year in office.

The deforested area in the Brazilian part of the largest rainforest in the world increased by 48% compared to September 2021, according to the satellite tracking system of the National Institute of Space Research of Brazil (INPE).

The deforestation also slightly surpassed the deforestation record for a month of September (1,454 km2) dating back to 2019, according to INPE, which set up this monitoring system in 2015.

From January to the end of September, “deforestation is already 4.5% higher than for all of 2021”, according to the NGO Observatoire du Climat.

This figure suggests the possibility that the historic deforestation record, set in 2019, will be reached or even exceeded by 9,178 km2.

According to some experts, deforestation and wildfires are increasing this year because the far-right president Jair Bolsonaro can be defeated in the second round of the presidential election by leftist ex-president Luiz Inacio Lula da Silva. Lula promises to be stricter in preserving the Amazon, more than 60% of which is in Brazilian territory.

“Anyone who values ​​the future of the forest, the lives of indigenous peoples and the possibility of having a still habitable planet should vote on October 30 to remove Bolsonaro from the presidency,” said Marcio Astrani, executive secretary of climate. Observatory, in a press release.

although his record during his two terms (2003-2010) is far from satisfactory, Lula has promised an increase in targets reduction of greenhouse gas emissions under the Paris Agreements, the relaunch of the Amazon Fund complemented by international funding for forest protection and the fight against deforestation.

Since Jair Bolsonaro came to power in January 2019, average annual deforestation in the Brazilian Amazon has increased 75% over the past decade. The outgoing president favored mining and farming (crops, livestock) in the Amazon at the expense of the forest.

VIDEO – Angèle’s choice – In Brazil, the uprising of the indigenous community against Bolsonaro