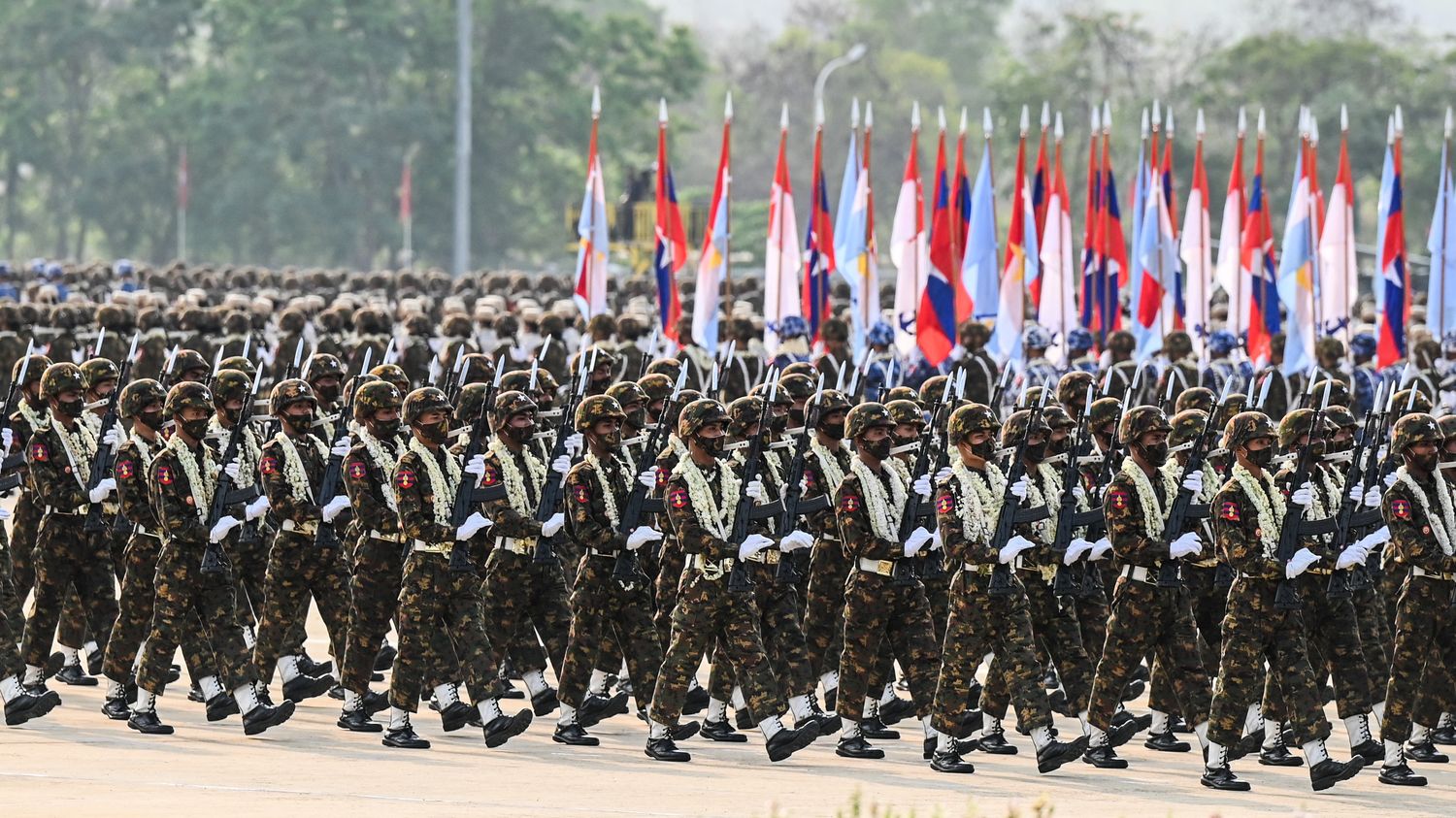 The Burmese junta showed power and promised‘”destroy” his opponents, Sunday, March 27, on the occasion of Army Day, theater in 2021 of a bloody repression against pro-democracy demonstrations.

More than 8,000 members of the security forces, tanks, rocket trucks and artillery pieces paraded through the giant arteries of Naypyidaw, the capital built by the former military regime in the early 2000s.

Junta leader Min Aung Hlaing inspected his troops in full costume from an open 4×4 as fighter planes flew overhead, displaying the yellow, red and green colors of the national flag. the junta “will no longer negotiate (…) and will destroy to the end” opponents, said the general who overthrew civilian leader Aung San Suu Kyi on Feb. 1, 2021.

The military’s last day, March 27, 2021, had sparked the deadliest repression since the coup. According to a local NGO, the Association for Assistance to Political Prisoners (AAPP), about 160 protesters were killed by the security forces that day.

Burma has fallen into chaos since the generals’ putsch. More than 1,700 civilians were killed and nearly 13,000 arrested, according to the AAPP, which denounces the UN “probable war crimes and crimes against humanity”†

This Sunday, just a dozen protesters launched flares in Yangon, the economic capital, while chanting anti-junta slogans, according to images posted on social networks. Other protesters called on people to cut off electricity from 8pm to 8.30pm local time as a sign of resistance.

Despite the repression, large areas of the area still escape the generals’ control, fourteen months after their passage was in effect. Citizen militias supported by ethnic minorities have taken up arms in several regions and are conducting guerrilla actions against the regime.

The soldiers respond. “Over the past few weeks, reports of the military’s use of air strikes and heavy weapons have been increasing, causing civilian casualties and loss of property.”notes Human Rights Watch in a statement issued to mark Army Day.

This violence has moved “more than 500,000 people”according to the NGO that regrets that the junta “deliberately blocks aid to the population (…) as a form of collective punishment”.