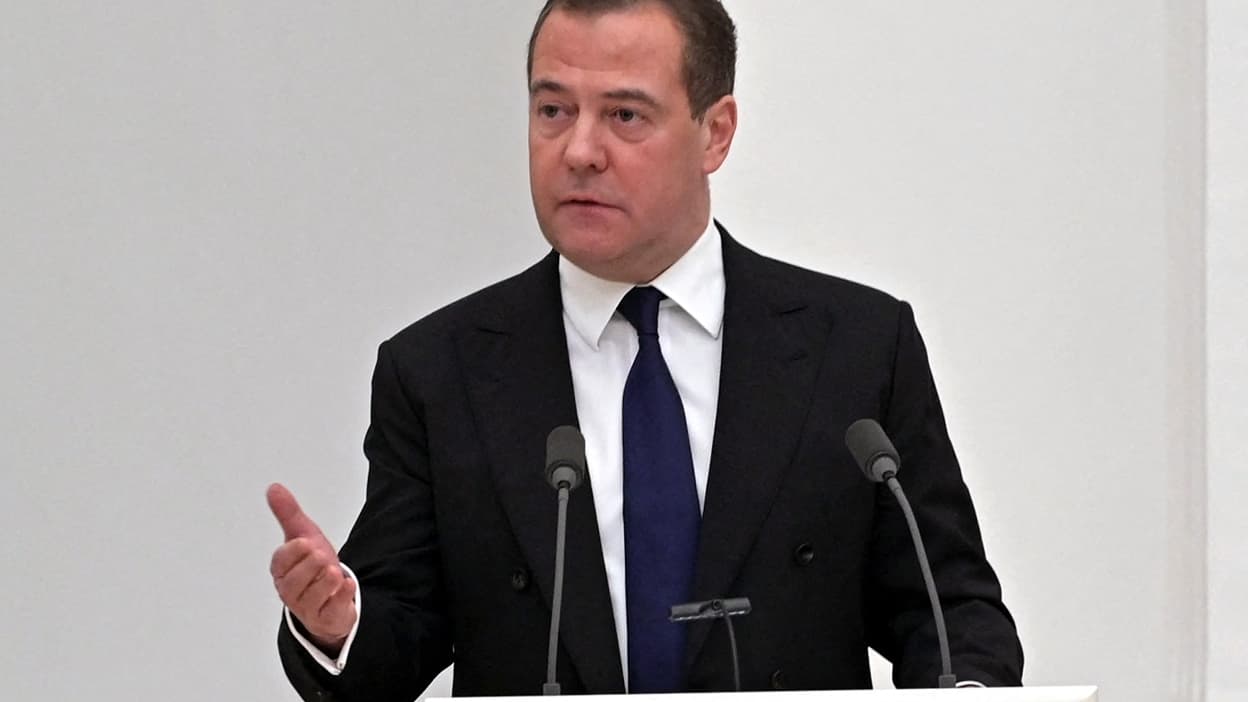 After the Kremlin repeatedly referred to the possibility of using nuclear weapons in the context of its war against Ukraine, former Russian President Dmitry Medvedev clarified the Guardian the four scenarios that would bring his country to such an end.

In an interview on Saturday in the British newspaper the guardDmitry Medvedev, President of the Russian Federation between 2008 and 2012, specified the scenarios that would justify the use of nuclear weapons by his country. And the statements of someone who knows them through and through as Vice President of the Security Council of Russia would be almost reassuring. Previously, the Kremlin had raised alarms on this highly sensitive topic since it was involved in the war against Ukraine.

For example, as early as February 27, Vladimir Putin called on the army command to raise the alert level of its nuclear warheads, and last Tuesday, Russian presidency spokesman Dmitri Peskov created troubling tension by assuring his country could use his nation’s bomb in the event of of an “existential threat” against it.

Medvedev remembers “the base”

After the Moscow regime repeatedly referred to the possible use of its nuclear weapon since the invasion of Ukraine, the Vice-President of the Russian Security Council and former President of the Federation, Dmitry Medvedev, strictly specified to the Guardian the framework that would cause the crossing of this point of no return.

“We have a specific document on nuclear deterrence. It clearly indicates the basis on which the Russian Federation can legitimately use its nuclear weapons. There are very few of them, allow me to remind you”, d first launched the someone who until 2020 was also Vladimir Putin’s prime minister.

“The first case is when Russia is hit by a nuclear missile. The second case is the use of another nuclear weapon against Russia or its allies. The third case would be an attack on vital infrastructure that would cripple our deterrent forces. And the fourth case would be an act of aggression against Russia and its allies, which threatens the very existence of the country itself, even without the use of nuclear weapons, that is, with the use of conventional weapons,” he said.

Fortunately, none of the features of this nightmarish image appear to be on the agenda, as noted on Twitter by former US ambassador to Russia and now professor of political science at the American University of Stanford, Michael McFaul. Arguing that none of these scenarios would materialize, the specialist even analyzed the dangerous situations that, however, would not lead to a Russian nuclear offensive.

“It should be noted that Medvedev did not mention the situation where ‘NATO would supply fighter jets to Ukraine’, nor did he say it would use nuclear weapons ‘if Russia were to lose on the battlefield'”.

As a way for the former diplomat to suggest that the Atlantic Alliance still has some leeway.