Home » “Everywhere will be Boutcha” 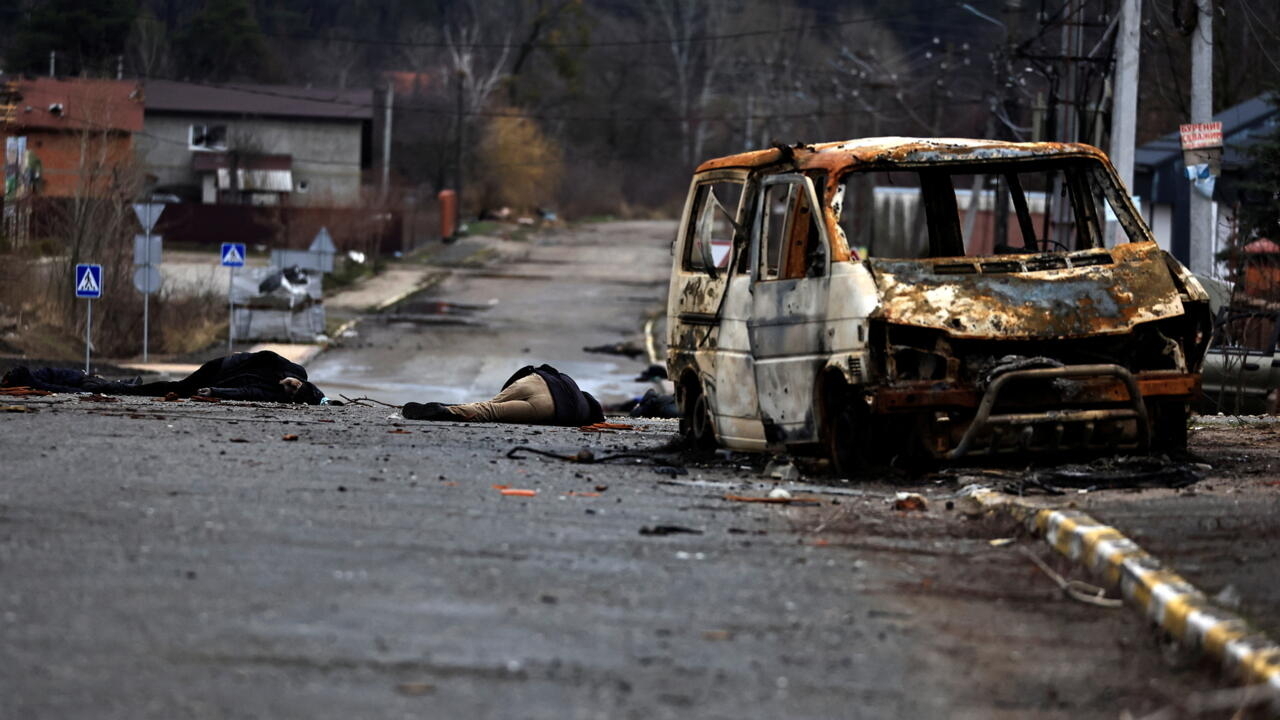 For nearly twenty years, French priest Patrick Desbois has identified the sites used for the extermination of Jews in Eastern Europe during World War II. After doing similar work with Yazidis victims of the Islamic State group in Iraq and Syria, he decided to collect testimonials from victims of the current war in Ukraine.

At the head of the association Yahad – In Unum, French priest Patrick Desbois has been documenting the Nazis’ crimes against the Jews in Eastern Europe during World War II for nearly twenty years. This grandson of a deportee investigates mass executions with his teams. He has also accompanied Yazidis who are victims of abuses by the Islamic State group in Iraq and Syria.

From the beginning of theRussian invasion of Ukraine, Father Desbois decided to launch a collection of testimonies about this conflict. Director of the Academic Council of Babi Yar memorial in Kiev — a site containing the remains of nearly 34,000 Jews massacred in 1941 while the city was under Nazi occupation — he began interviewing victims of the war in Ukraine. With the help of mediators in the field, he was able to record these conversations using a video conferencing application.

France 24: Why did you decide to launch this collection of testimonials about the current war in Ukraine? †

Patrick Desbois † When the war broke out in Ukraine, one of my closest friends, Ruslan Kavatsiuk, the deputy director of the Babi Yar monument, said to me this terrible sentence: “Patrick, you are coming back for our mass graves.” I really didn’t think it would be there. But when we started to see the mass killings of civilians without any military motivation, it seemed obvious to me to do this compilation. If I don’t, who will? We have been working in Ukraine for twenty years. A total of 8,000 people from the former Soviet Union who witnessed the Holocaust were interviewed. We know many people, the villages, the topography.

The aim of the project: to discover the horrors of the crimes committed on a large scale against the Ukrainian civilian population. @desbois_patrick pic.twitter.com/x3MZQbyb24


How do you collect these testimonials? †

We are a team of four people here in Western Europe and have a team of a dozen mediators on site. One of them is in Irpin and he is looking for witnesses. He knows many people and introduces us. We also feel the urgency to do so. Witnesses can disperse quickly.

People agree to speak openly, zoom in and give their true identity. It surprised me. Whatever damage they have suffered, they want to stay in their country and defend it. In all the studies I’ve done, I’ve never seen this. I think of the testimony of an injured woman who was in the hospital. She had lost part of her family while they were driving. She almost cried during the interview, but when she finished she said, “As soon as I get better, I’m going to get my life back and I’m going to help people.” I could not believe it. There really is a spirit of resistance.

How has the work you’ve already done on mass crime helped you? †

In Iraq we have 450 . filmed Yazidis who had just left Daesh and who were trying to identify their rapists or murderers. Without these previous studies, we would not be able to do this work today. We know how to handle these kinds of interviews. I think of a woman who was driving with her three-year-old son on her lap. She told us she immediately understood that a bullet had gone through her child’s body. He was asked many details about the color of the car, whether it could be mistaken for a military vehicle or even the exact location of the attack. It was necessary to be able to locate it on an interactive map and see if there were any military targets in this area because obviously the Russians are going to say it’s collateral damage and there are no attacks on civilians.

This recurrent denial of the Russians strikes me particularly. When they bomb a maternity hospital, like in Mariupol, they say it wasn’t a maternity hospital anymore and there were no pregnant women. They deny the crime as soon as it comes to light. For the bodies found in the town of Boutchathey say they were put there, they didn’t die and let the corpses move† Historically, I had never seen this. Whenever a crime is discovered, they deny it in great detail the same day. It is as if the Germans had said the same day in Oradour-sur-Glane: “No, it was the resistance fighters who shot at the inhabitants. We did not kill anyone.”

These rapid denials are explained by the acceleration through social media and the fact that the Putin-led war is supported by unimaginable propaganda. All loopholes in the propaganda must be closed immediately. I also think that after the research opening announcements by the International Criminal Court or a verdict in France or Germany, the Russians know that legal action will be taken. They seek immediate protection. The testimonials we collect will be the evidence for these investigations.

I remember Kherson, his rabbi, his synagogue and his aid to the poorest.
I remember the mass graves of the Jews who were shot. And my heart is with you. Kherson is announced to have fallen. Putin did not free Kherson, he destroyed her. pic.twitter.com/oGdmjjMtWY

It reminded me of the streets of Kigali. We knew that crimes had been committed in Ukraine, but until then we did not know that the Russians had shot people en masse and that they had used the method of mass graves. By broadcasting these images, we show the Russian authorities that they are under our gaze. We say to them, “We know you’re killing civilians, we know you’re raping women, we know you’re looting apartments. The whole planet is watching you and you’re going to be judged. Your denials won’t hold.” In spite of everything, I fear that the Russians will say to themselves that they made a mistake at Boutcha and that they now decide to make the evidence disappear, as much was done during the WWII† They know that their victims and their crimes are being exposed and can decide to issue orders.

Are there any similarities with the testimonials you collected about the Second World War? †

People whose heads have been washed by propaganda are turned into criminals, with rapes, robberies and murders. I have seen this several times in German stricken villages. They supposedly came “with the purity of the race” and said they were only eliminating a “subrace”. But when we saw them on the ground, they were raping women, killing families and looting apartments. There is no pure crime, it does not exist. And to see that today someone has been able to launch an ideology that mobilizes a population and an army and that this propaganda continues to work is almost unreal. Humanity is thought to have made progress on these questions, but apparently the degree of freedom of conscience is very fragile.

It’s hard to believe that these almost publicly committed crimes arrive at the borders of Europe, a two and a half hour flight from Paris. Everyone revolts at the sight of Boutcha, but I wonder what it will be like when Mariupol is freed? Much larger scenes of massacres are to be expected. Boutcha will be everywhere.