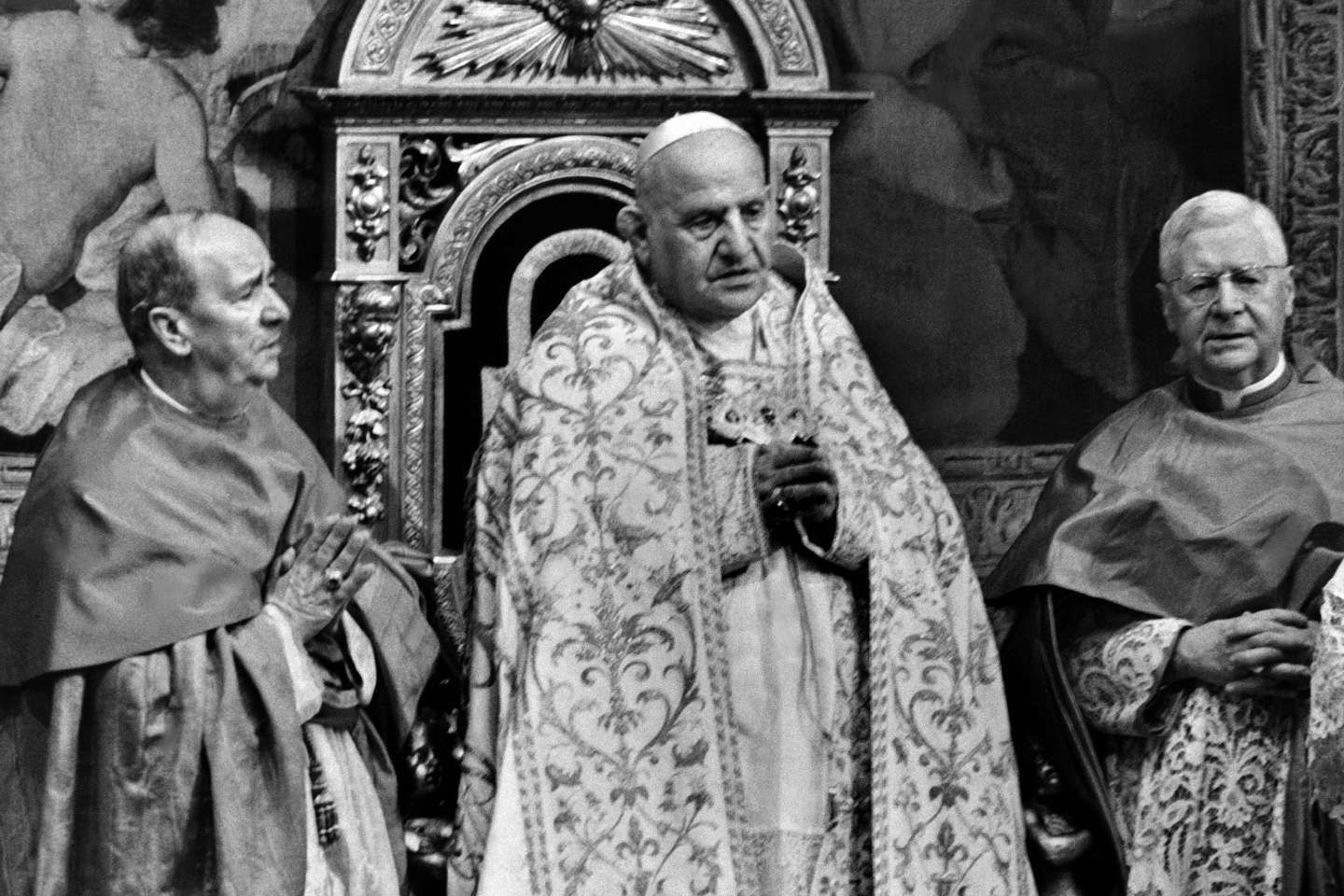 On January 25, 1959, on the occasion of a week of prayer for Christian unity, a religious ceremony was held at the Basilica of Saint Paul Outside the Walls, in the Vatican. Pope John XXIII (1881-1963), newly elected, invited the cardinals present to meet after Mass. They are only seventeen who made the trip, while the other guests think it was just a minor ceremony of no importance. But to everyone’s surprise the sovereign pope makes a resounding announcement.

“Venerable brothers and beloved sons! We make for you, with a certain fear and a little emotion in our voice, but also with a humble resolution of words, the project of a double celebration: a diocesan synod for the City [Rome] and an Ecumenical Council for the Universal Church”he explains to his audience that, according to various testimonies, remains astonished.

The last ecumenical council, Vatican I (1869-1870), was less than a century old and the previous one, the Council of Trent (Italy), dated from the Renaissance (1545-1563). Hardly anyone expected such an announcement. Three years later, on October 11, 1962, Vatican II opened, a global event whose echo can still be felt today.

Why did John XXIII decide to open Vatican II?

Nothing predicted the slightest change within the Church. Certainly, since the 1930s, various voices, especially theologians, had spoken out to anchor it in modernity and to demand changes in liturgy, ecumenism, or the role of the laity. But they were all strongly condemned by the Vatican, censored and banned from the institution. John XXIII was distinguished by the “worker priests”those clerics who wanted to get closer to the laity by going to work in the factories.

How, then, can this sudden decision be explained? In his later writings, John XXIII explains that he was a… ” inspiration “, which he attributes to the divine. Several sources report that when his entourage asked him the reasons for his decision, he would have opened the windows in response, to say… “ventilate the church”.

Also read: Article reserved for our subscribers “Tomorrow’s Catholicism Will Be Diasporic Or It Will Not Be”

Cold War, nuclear threat, secularization… The announcement does not take place in just any context. “The problems around the world were enormous. We didn’t know each other and we didn’t know the different situations, even in the Catholic world. John XXIII suddenly thinks: there would be a need for a council.”recalls Loris Capovilla, the Pope’s private secretary at the time, in a documentary broadcast by The Day of the Lord.

You still have 81.89% of this article to read. The following is for subscribers only.