Home » Gabriel Attal “calls on the French to go to the polls, regardless of the candidate” who they will vote for 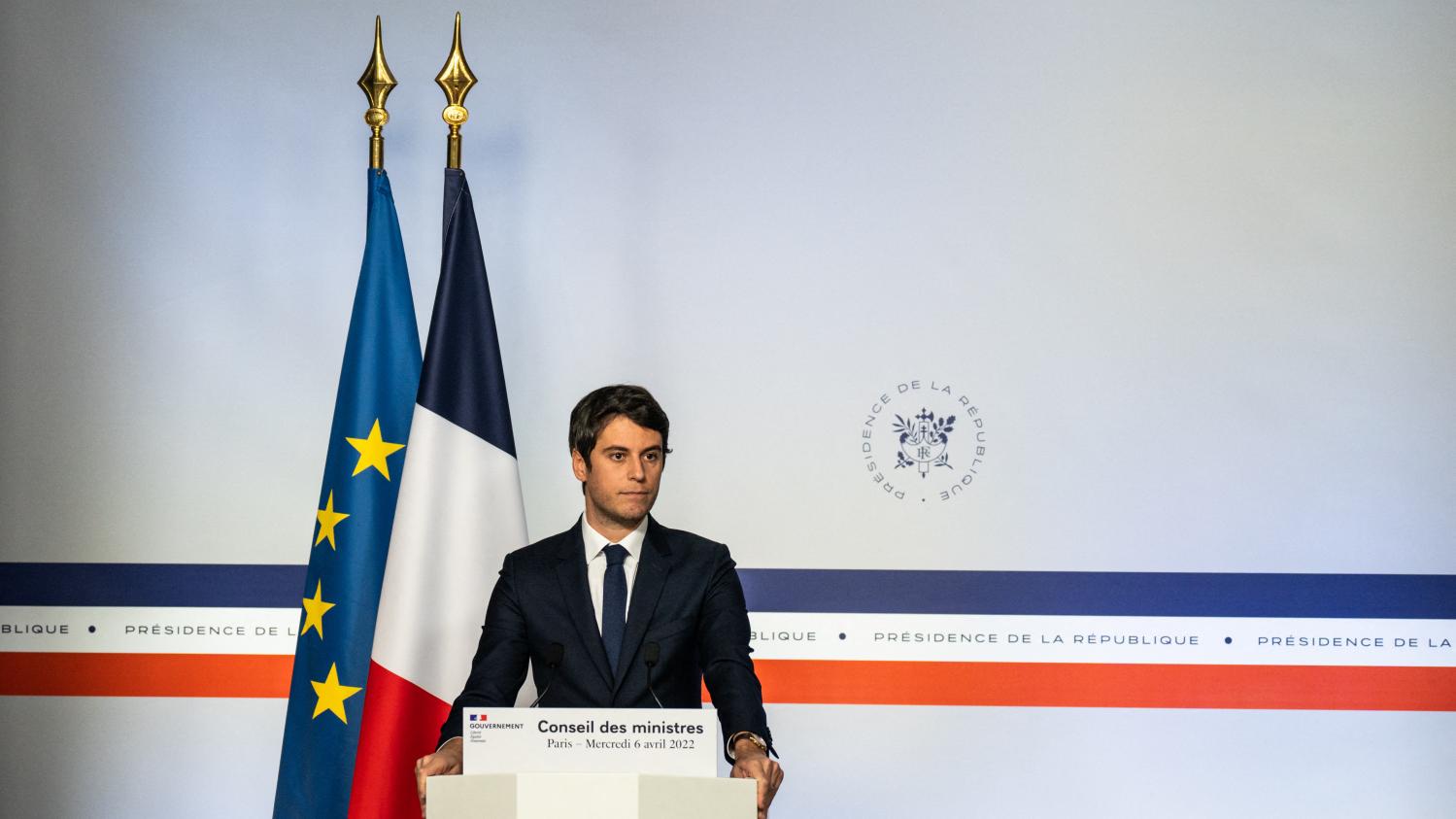 Find all our live #PRESIDENTIELLE . here

5:48 PM : Note that according to this survey, 72% of the French polled are sure they will vote in the first round. This is clearly above the barometer’s previous waves, which have placed participation at 70% and below in recent days. 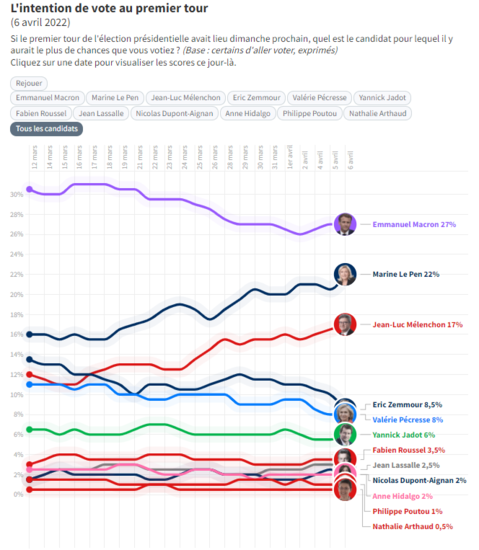 5.30 pm : Four days before the first ballot, teachers try to discuss political news with their students. But these are sometimes lost or not very interested in the theme. “Compared to other campaigns, I have fewer questions than usual. In 2017 there were a lot more questions and it was more in their conversations than this year”assures franceinfo Marie, a teacher at a university in Seine-Saint-Denis.

4:56 pm : Emmanuel Macron wanted to send a video message to the inhabitants of the Overseas Territories to remind them of the place of the Overseas Territories in his project for France. Videos for residents of Mayotte, Réunion, Martinique, Polynesia, Guyana, New Caledonia, Wallis-en-Futuna, Guadeloupe, Saint-Martin, Saint-Pierre-et-Miquelon and Saint-Barthélémy are available at this link Youtube†

3:46 pm : The socialist candidate Anne Hidalgo will vote on Sunday at 8.30 am at the polling station at 3 rue Corbon, in the 15th arrondissement of Paris, France Télévisions has learned from its campaign team.

3:49 PM : In the event of qualifying for the second round of the presidential elections, Marine Le Pen will hold a meeting next Thursday in Avignon (Vaucluse), the campaign team of the RN candidate announced to France Télévisions and confirms information from BFMTV. The candidate will hold another in Arras (Pas-de-Calais) the following Sunday, April 21, her campaign team added.

“What is being attacked in Ukraine is democracy, it is the right of peoples to self-determination and to choose their representatives”underlined Gabriel Attal during a press conference at the end of the Council of Ministers. “We are lucky in France to live in a democracy, to be able to elect our representatives, we have to bring this right to life”, he added. He therefore calls on the French to participate in the presidential elections, “regardless of the candidate” which they will vote.

2:09 pm : Insecurity is a theme that is systematically mentioned in every presidential campaign. But for historian Lucile Peytavin, we forget the real cause of it: male behavior. Watch his interview for Brut†

11:58 : Hey @David71, you are not alone (I am concerned myself, as are many others), and the problems of sending creeds have become a real sea serpent with every election. Nevertheless, if you are waiting for this precious sesame to make your choice, know that the creeds are available online†

11:56 : We still have not received the programs in the mailboxes, it is not normal at 5 days from the 1st round, is it normal?

11:25 am : Many of you were impatient in the comments, HERE IT IS: our reporte about the meeting of Jean-Luc Mélenchon in 12 places (in person in Lille and in hologram in 11 other cities). The Tribune wanted to give his troops hope, even give an appointment “probably in the Charléty stadium”in Paris, during the break between laps, in case of qualifying. 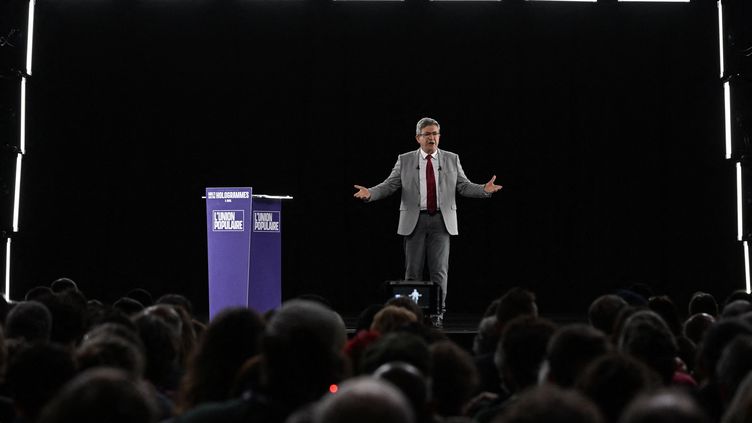 09:31 : 🗣 Taxes ➡️ “I want to cut taxes. I also propose twice more tax cuts than Emmanuel Macron, because I propose twice as many bold reforms,” ​​assures Valérie Pécresse, who wants a “minimum age of € 1000”. https://t.co/zkgolvSj6B

09:21 : Finally, have the closures made it possible to thwart Islamist attacks, dismantle a network or arrest terrorists? In Lunel (Hérault), hit by a wave of departures to Syria in 2014, some jihadists have had visited the mosque of the city well† But a first turning point came after the 2015 attacks. ‘Mosques are in the eye of the storm in France, so jihadists are avoiding them’emphasizes Farhad Khosrokhavar, director of the Radicalization Observatory of the House of Human Sciences.

09:17 : But the administrative procedures to close mosques are regularly denounced by those who suffer from them. They are mainly based on “white notes” from the intelligence services, as several judicial sources tell franceinfo. This, “neither signed nor dated”and †not‘do not always have the legal and factual accuracy on which all evidence must be based’† estimated in 2018 the UN Special Rapporteur on the protection of human rights and fundamental freedoms in the fight against terrorism.

09:15 : Of the 2,623 mosques and places of worship established in the national territory, almost ’90 were suspected of separatism’ according to the Ministry of the Interior in early 2021. After a series of checks, 36 remained open because “the law of the Republic was respected there”22 were closed and 31 “are subject of further investigation”†

09:12 : Closing certain places of worship was one of the key focal points chosen by the outgoing president to “fight the jihadist ideology”† Five years later, what about? Franceinfo has researched this questionon the eve of the presidential election. 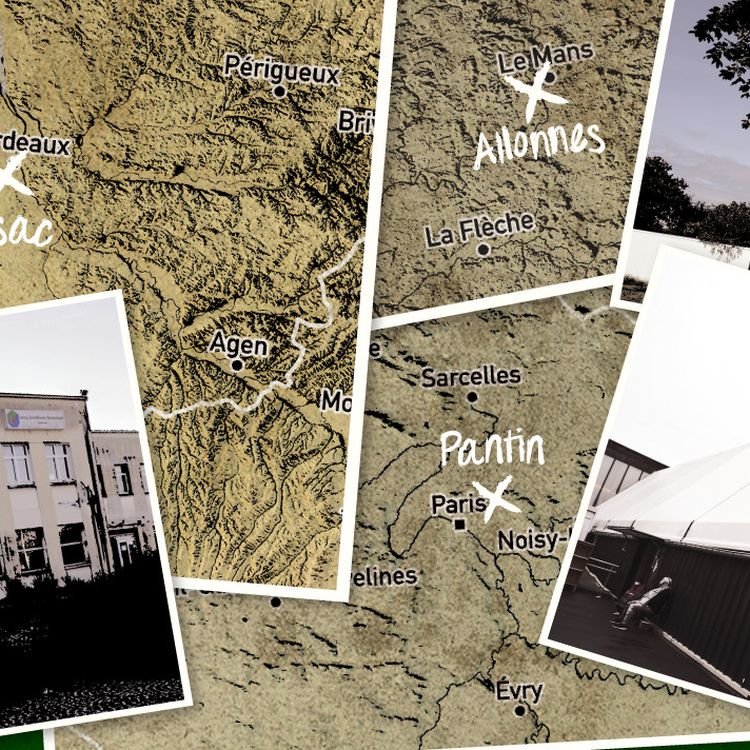 08:45 a.m. † “In the first round we choose, in the second we eliminate.” Although she only gets 8% in the polls, candidate LR is calling on the French not to resort to the “useful vote” in the first round. “Vote for a government right”she says.

08:42 † Valérie Pécresse is the guest of franceinfo’s “Presidential Mornings”. listen to her here†

08:34 “We are calling for a vote on the NPA because the more left it is, the more radical it is, the more we say we have to fight, the more it can restore confidence and we hope to be of use. 🗨 @PhilippePoutou NPA candidate #presidential2022▶ #Les4V @Caroline_Roux https://t.co/0rlXWkujXJ

08:54 : The presidential candidate of the New Anti-capitalist Party, Philippe Poutou, was a guest at the “4 Truths” of France 2. While Jean-Luc Mélenchon called for a “useful vote” in his favor (even if he rejects the expression ), calls him up to “Vote NPA because the more left, the more radical”† Since this election seems “fairy”he also hopes that the left-wing parties can discuss “rebuilding a left of the fray”.

08:13 : It is not surprising that four days before the first round, the presidential elections are in one of your newspapers. Le Figaro looks at candidate programs, while 20 minutes is interested in youth engagement. 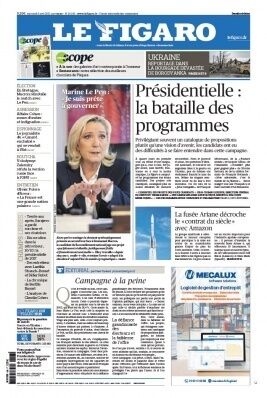 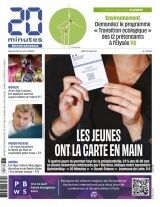 08:03 : Assisted suicide, euthanasia, deep sedation… What do the candidates for the presidential elections propose end of life theme † While the six candidates on the left are in favor of a new law instituting assisted suicide, we are arguing for better application of the existing texts. 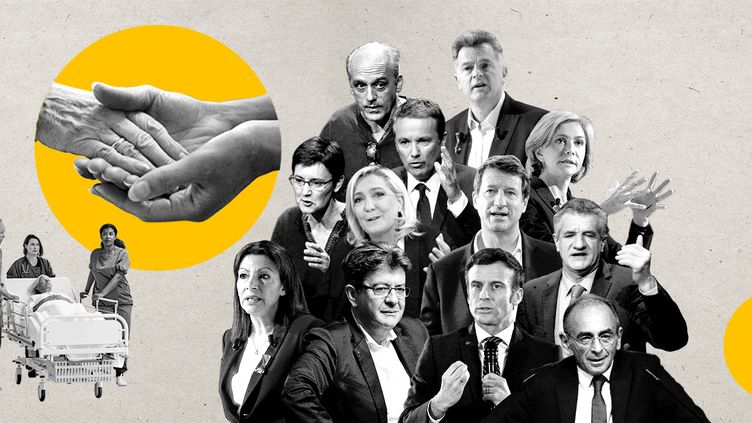 07:46 : Hey @Philip, my colleague Clément Parrot was in Trappes last night, in one of the 11 cities where the hologram of Jean-Luc Mélenchon, who was in person at a meeting in Lille, was projected. His paper will be available on our site this morning.

06:38 : Hi, I can’t find an article about the meeting of Jean-Luc Mélenchon last night. Thanks for enlightening me. Good day

06:29 : We immediately take stock of the news of the moment:

The socialist Anne Hidalgo, the ecologist Yannick Jadot, the candidate LR Valérie Pécresse, the candidate of the NPA Philippe Poutou and that of Reconquest! Eric Zemmour took part in the program “Elysée 2022”, on France 2 last night. Find our decoding of six of their claims.

Ukrainian President Volodymyr Zelensky spoke to the UN Security Council after the discovery of massacres attributed to Russian troops in Boucha. †We must remove Russia’s veto power.he demanded. This is what to remember from yesterday†

• The public prosecutor’s office of Bobigny (Seine-Saint-Denis) assured during a press conference that he “The testimonies collected so far do not show that the attack was committed for discriminatory reasons.” Here’s what we know about this tragedy†

† Food “inadequate”financial documents “insincere”budget surpluses on public allocations… The research report on Orpea underlines serious dysfunctions within Ehpad’s private group, which are already mentioned in the book the gravediggers†