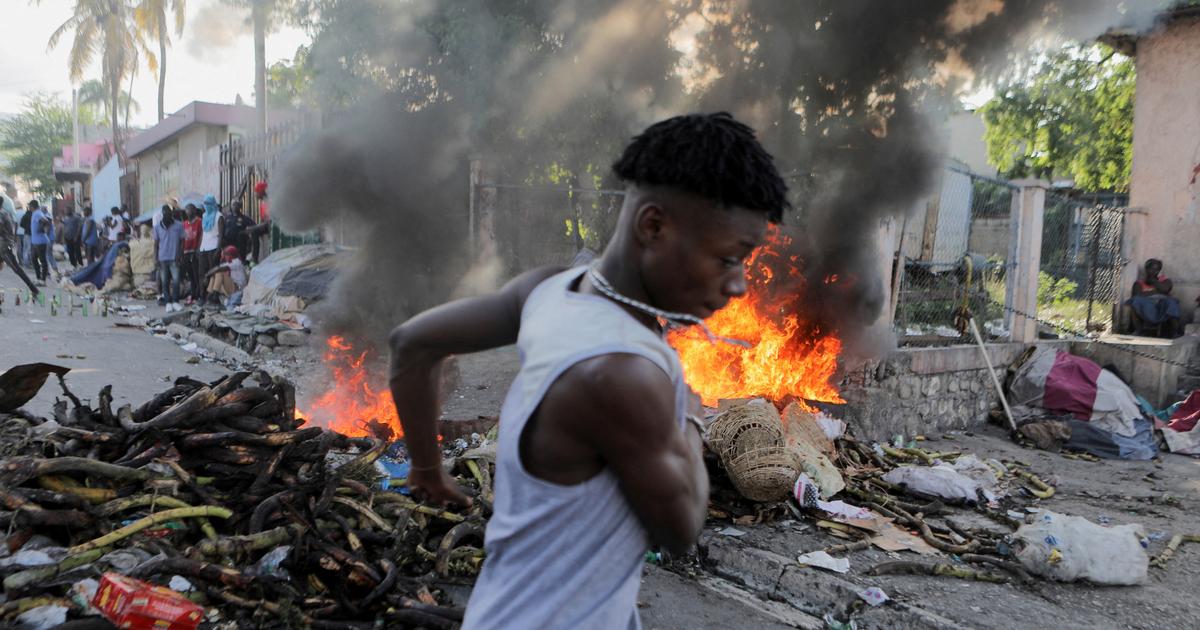 Haiti requested a “international assistance” to tackle the security crisis caused by criminal gangs, which the Haitian police cannot solve alone, Bocchit Edmond, Haiti’s ambassador to the United States, told AFP on Friday, Oct. “I can confirm that we have asked for help from our international partners”said Bocchit Edmond on the sidelines of the General Assembly of the Organization of American States (OAS) in Lima. “This is a security problem that our national police cannot solve alone”. The diplomat said on Thursday that aid has been formally requested and that Haiti is waiting “let the international community and international partners decide what form it will take”.

In Port-au-Prince, the Council of Ministers on Thursday passed a resolution granting Haitian Prime Minister Ariel Henry a mandate to “Request and obtain from Haiti’s international partners effective support through the immediate deployment of a specialized force, in sufficient numbers, to end the humanitarian crisis throughout the territory caused, inter alia, by the insecurity caused by the criminal actions by armed gangs and their sponsors”. This decree was published Friday in the Official Gazette of the Haitian Republic.

A human tragedy is brewing. We are also dealing with a resurgence of the cholera problem. »

Bocchit Edmond, Ambassador of Haiti to the United States

On Thursday, OAS Secretary General Luis Almagro tweeted that Haiti is “urgent help” to the international community “to solve the security crisis”and that he said so during a meeting with the heads of diplomacy of the United States, Antony Blinken, of Canada, Mélanie Joly, and of Haiti, Jean Victor Geneus. “If we can get the help today, that would be the best decision. As soon as possible, because we can’t wait any longer.”underlined Boccit Edmond.

Since Haiti announced an increase in gasoline prices in September, the country has seen riots, looting and protests. For years, the Haitian police have been overwhelmed, with about 10,000 officers across the country. “A human tragedy is brewing. We are also dealing with a resurgence of the cholera problem.”, added Bocchit Edmond. The fuel crisis means that: “Hospitals cannot function, children cannot go to school (…) It is a humanitarian problem”.

Antony Blinken said on Twitter on Thursday that he had met the head of Haitian diplomacy in Lima and assured him of the… “unwavering support” the United States. “We remain committed to helping Haiti restore security and democratic order so that all Haitians have a better future,” the US Secretary of State tweeted.