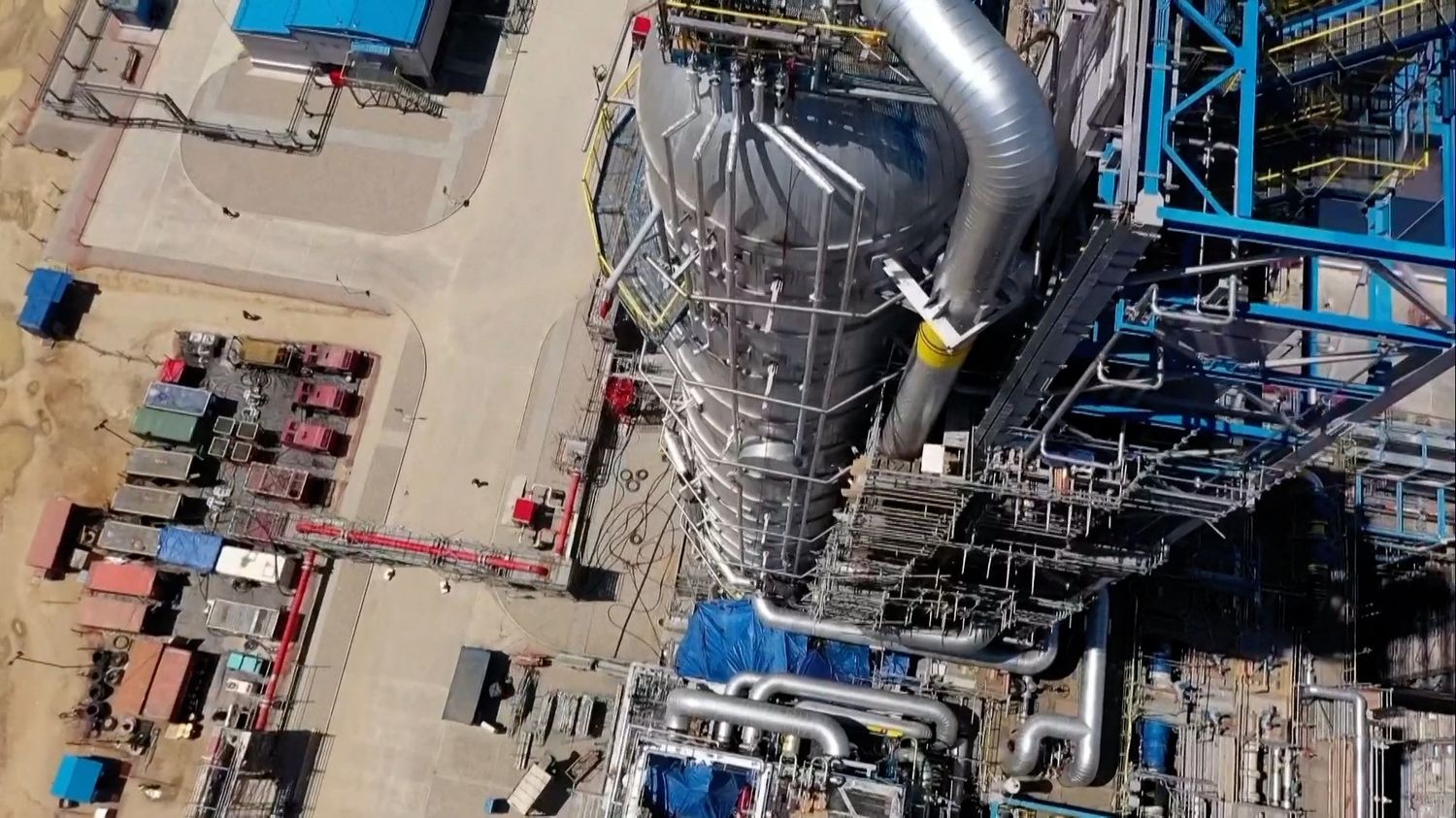 Rubles, instead of euros or dollars. Vladimir Putin wants to bill Gazprom’s Russian gas with his country’s currency, and no longer with European or American currencies. The Russian president asked the Russian Central Bank and the company to submit a report on the matter to him on Thursday, March 31, with a double goal in mind: forcing companies to buy rubles in international markets, in order to set course, and political power in the face of European sanctions. “If you want gas, look for rubles”† In summary (in Russian) Vyacheslav Volodin, the speaker of the State Duma.

Very concretely, this ban means that, according to him, European countries should buy Russian currency from banks be spared their own sanctions, which will serve as exchange banks. Certainly, “the transaction costs will be higher”notes Ludovic Subran, chief economist at Allianz, but the message is mostly political: “This coup by Vladimir Putin would allow him to demonstrate that the ruble is still a convertible currency.” Viatcheslav Volodin, who is never short of ideas, would like to apply this logic to other products (fertilizers, grains, coal, metals, wood, etc.). And the Kremlin did not reject these options.

To do this, in theory, trade deals would have to be renegotiated. “Our contracts provide for payment of the gas in euros. There is no clause allowing the seller to change currencies”Jean-Pierre Clamadieu, the president of Engie, recently pushed for franceinfo. “I understand this group is stressed right nowsaid Thierry Bros, an energy specialist and professor at Sciences Po. The companies have the obligation to supply gas under their permits. Same reactions from the Italian Eni or the Austrian OMV. However, the legality of this measure could fade into the background, behind Moscow’s will and lack of alternatives.

So politics took over. And the G7 countries (Germany, Canada, United States, France, Italy, Japan, United Kingdom) seem determined to face off. “All ministers agree that this is a unilateral and clear violation of existing contracts”German Economy Minister Robert Habeck said Monday. European companies would have “could negotiate this request with Gazprom, for example by asking for a halved price”says Thierry Bros.

To date, the EU and the G7 have ruled out any embargo on this gas, as the dependence on Europe is high. The paradox is striking today. While the Russian economy has been drowned in sanctions since the start of the war, imports of its gas have increased over the period, and this “to build up supplies”explains Ludovic Subran, economist at Allianz, contact with franceinfo.

This increase in orders is partly due to fears about future gas deliveries and ill-adjusted orders from before the war. But the phenomenon is also cyclical, as the gas industry traditionally begins re-storage in the spring to prepare for the following winter. “After dropping to 28%, the storage level is currently going up, aiming to reach 80%, even 90% if possible”completes Thierry Bros.

Time is running out before emergency solutions are found† “About 75% of Russia’s gas supplies are replaceable” by other, more expensive necessities”explains Thierry Bros. But in the end, according to the expert’s estimates, a quarter of the imported Russian gas cannot be replaced, or 10% of the total European demand. In addition, the Energy Regulation Commission is already recommending the French to anticipate next winter to save energy.

The Kremlin, for its part, has already warned that Russia “doesn’t give free gas” and that the period is not conducive to any †pan-european charity”†

“Russia must find a way to ensure that the payments are made and that” [l’exigence de paiement en roubles] should not become an excuse for Europe not to pay.”

By refusing to cash payments in euros or dollars and deciding to close the floodgates, it also risks exposing itself to legal action before the Stockholm Arbitration Court, which settles international trade disputes. †The damage can amount to hundreds of billions of dollars.† explains Thierry Bros.

The Kremlin announced on Wednesday that this measure would be phased in, without actually setting a date. During a conversation with German Chancellor Olaf Scholz, Vladimir Putin wanted to spare his interlocutor and major customer. “Payment for Russian gas in rubles should not deteriorate the contracts of European customers†assured him the Russian autocrat.