Home » In Guadeloupe, drinking water remains the black spot after the passage of storm Fiona 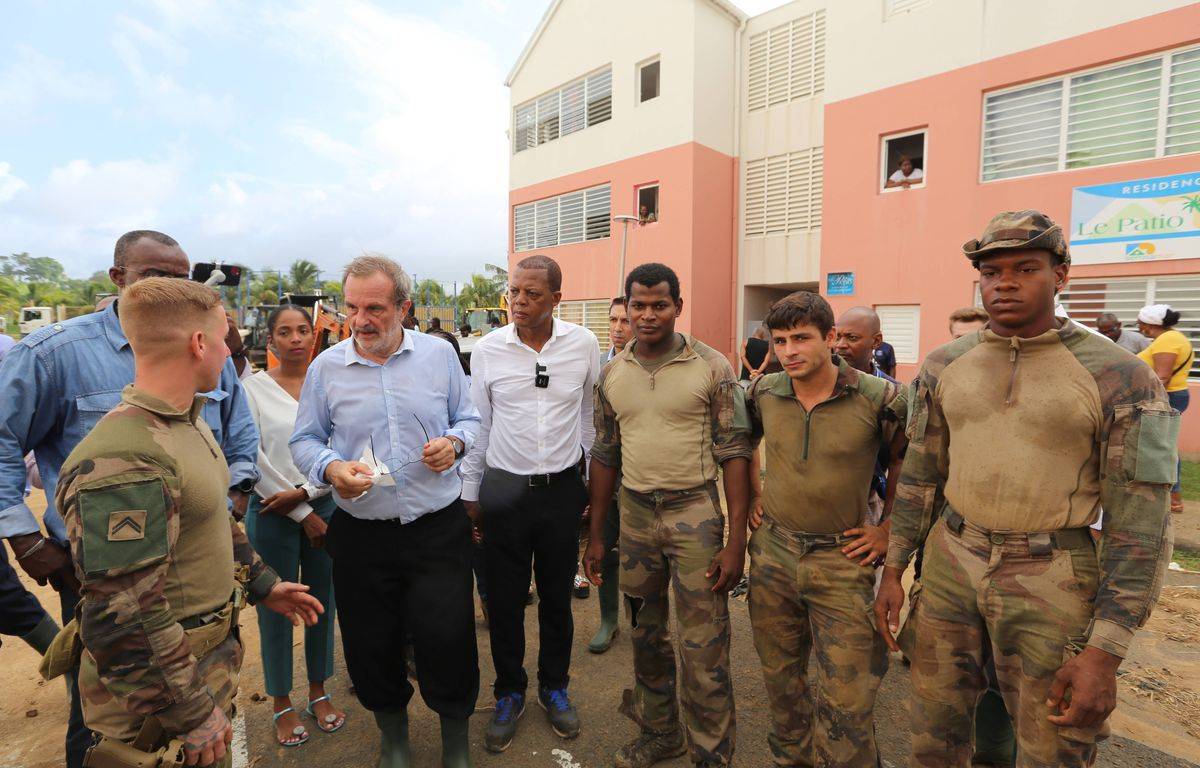 three weeks later the passage of storm Fiona in Guadeloupe, running water has not yet returned to all homes of this archipelago of West Indies whose water distribution network was already in poor condition.

At Capesterre-Belle-Eau, the rains had reached more than 500 mm in 24 hours and the pipe of one of the largest catchments – which supplies almost the entire island of Grande-Terre – had been broken and carried away by the river by the flood. The pipeline “supplies only part of the inhabitants” of the city, one of the largest in Guadeloupe with 17,741 inhabitants in 2019, explains Corinne Faure, communications officer for the Syndicat mixed de gestion de l’eau et de sanitation in Guadeloupe (SMGEAG ).

Three weeks after Fiona’s passage on the night of September 16 to 17, this union declares that it has “carried out emergency repairs”, but is now considering “large-scale work”. All over the island are “Post-Fiona” water towers – which consist of cutting off the water in one district to supply another – to supply the different parts of the island in turn.

However, a situation that the people of Guadeloupe know well, because the local network, largely derelicthas not been the subject of major works for almost 40 years and it is estimated that between 65% and 85% of the water is lost between collection and distribution.

Design offices are busy determining the scope and planning of the work to be carried out, which everyone knows will take at least a few weeks. Many emergency works have already been carried out by the Region and the Department. The latter announced Wednesday, October 5, to “mobilize its strategic stock” it has “for agricultural irrigation works”, to “strengthen the SMGEAG support process”. On the users side, ingenuity takes precedence: rainwater recovery, bottle filling when the water returns, even punctually.

Bottles will be distributed “with the cooperation of Civil Security” according to a specific schedule, the prefecture said in a press release. The last weekend of September, “ten pallets were distributed in support of the inhabitants of Saint-François”, or more than 7,560 liters. According to the same source, two pallets were transported by the Dragon helicopter for the island of La Désirade.

According to press releases from the prefecture, nearly 450 pallets of water bottles were distributed between September 28 and October 3. Drinking water is also provided by a mobile seawater desalination plant in Pointe-à-Pitre.

In the south of Basse-Terre, the regional intervention platform of the Red Cross produced more than 70,000 liters of drinking water, distributed in four municipalities where the water has gradually returned thanks to the first works. “However, we are not out of the emergency yet,” a prefecture source said.

In addition to water shortages, there are legal restrictions on consumption: on October 1, health authorities launched a warning of water pollution due to “the presence of aluminum” in large quantities in the municipalities of Désirade, Sainte-Anne and Saint-François .

However, in the worst affected municipalities, the crisis “headquarters” are closing one after the other. “People are starting to pick up their lives again,” says André Atallah, the mayor of the municipality of Basse-Terre, where the storm killed a person. In the Rivière-des-Pères district, “disaster victims are housed with their families”, the councilor continues. About twenty others have to be moved.

They will be able to benefit from the emergency relocation fund for six months, “but after that other solutions have to be found”, notes André Atallah, who also has to manage infrastructure problems: a bridge, the main axis of Basse-Terre , is very weakened. “We have reopened it for light vehicles after the works, but that may not be enough”. Experts have been tasked with assessing the condition of 40 bridges on the island, which suffered from the storm surge. Their report has not yet been released.