Home » in the heart of the children’s hospital in Zaporizhzhya, where the war wounded are between 2 and 17 years old 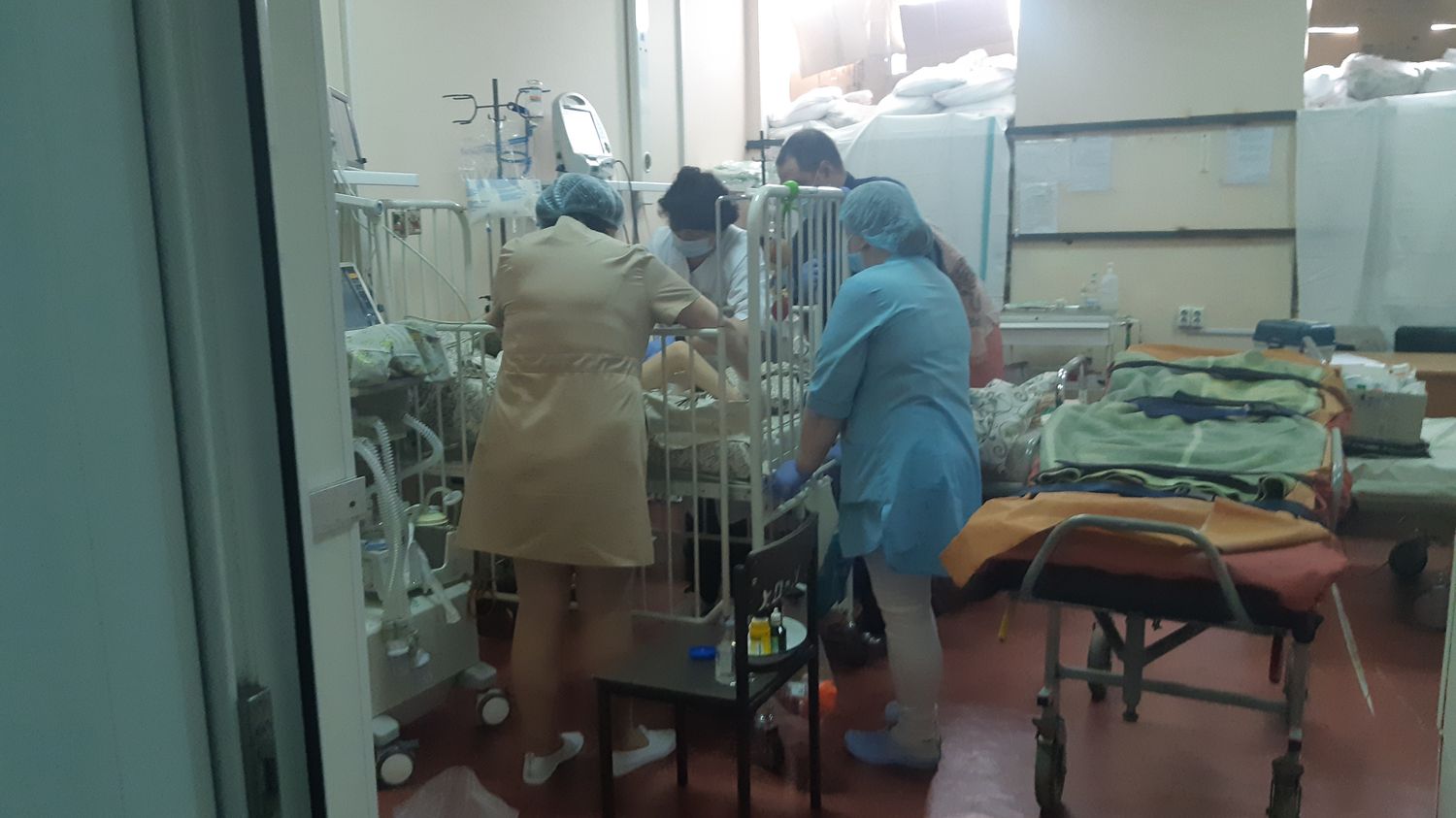 In a room, a machine emits a series of regular beeps. It’s daytime, but at the children’s hospital in Zaporizhzhya, in southeastern Ukraine, patients don’t know because sandbags are blocking the windows. They are there to protect against bullets, shrapnel and shot. More than 140 children have been killed and nearly 400 injured since the start of the war, according to Ukrainian authorities. Most of them were hit by shrapnel.

>> War in Ukraine: follow the evolution of the situation in our lives

In her bed, Paulina is whiter than her sheets. Her slender body and her big blue eyes stare without seeing. The 12-year-old arrived from Mariupol hell at night. A grenade exploded next to her. His body is strewn with shrapnel. “There we see shrapnel on his chest, in his thigh and his knee”, list, radio in hand, Doctor Volodymyr Aleksandrovich. She is also injured in the arm.

In the bed next to us we barely see a very small boy, who has a bandage around his head. “He has shrapnel in his stomach with strong penetrations into the intestines”, details the pediatric surgeon. He too was from Mariupol, just like Paulina “by car, not by ambulance”, the doctor wants to clarify.

“It takes a long time—five or six days—to get here. We won’t let them through the Mariupol and Berdyansk checkpoints.”

He also says that he once saw a police officer bring in a 2-year-old baby who was injured by a grenade. Despite his 40 years of pediatric surgery, the doctor says he was touched by what he’s been through in recent weeks. He still remembers the case of a 15-year-old girl. “When she arrived here she was in great psychological distress. She had seen her leg ripped from her body. She saw her leg next to her. Brought here.”

These war wounded, between the ages of 2 and 17, “are very brave and very strong children”the doctor is moved. “They know how to wait. Anyway, they have no choice but to wait.’ He apologizes for his bad Ukrainian and explains that he is from Kharkov. “We speak Russian there, but it’s over. I hate too much, I never want to speak this language again.”

War in Ukraine: in the heart of the children’s hospital in Zaporizhzhya, where the war wounded range from 2 to 17 years. The report of Marie-Pierre Vérot and Arthur Gerbault.