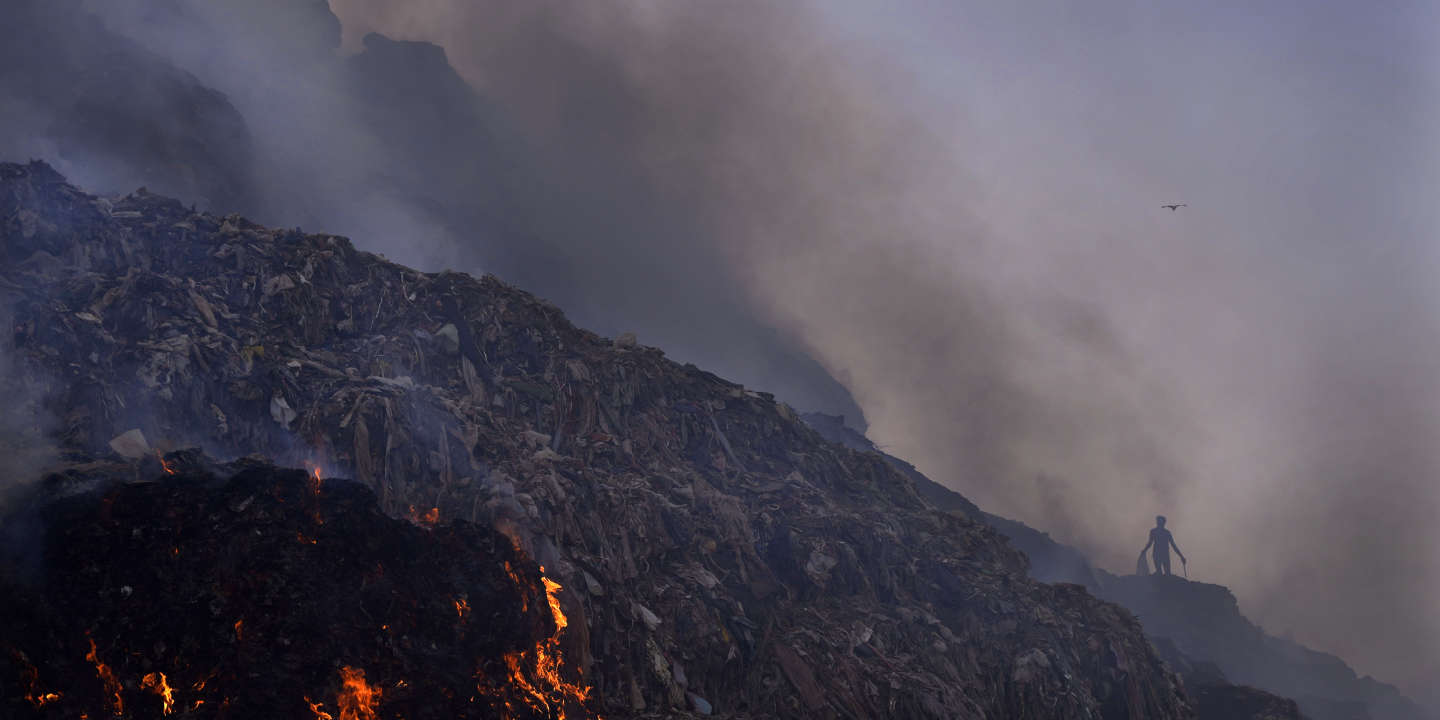 In pictures, in picturesThe two neighboring countries are being hit by exceptional and early heat waves this year, with peaks of 50°C in some places, leading to water shortages and power cuts.

The Bhalswa landfill in New Delhi, which covers an area of ​​50 football fields and is higher than a 17-storey building, was set on fire on Tuesday evening. The disaster quickly turned the horrific mountain of garbage into a veritable inferno, setting the night sky ablaze and spewing horrific poisonous and foul-smelling fumes over the metropolitan area and its 25 million inhabitants. Under the influence of the heat, the methane that was released by the decomposing organic matter ignited. India’s capital, which like the rest of South Asia is in the midst of a record-breaking heat wave, was shrouded in thick, acrid smoke.

India and Pakistan are being hit by exceptional and early heatwaves this year, with peaks of 50°C in some places, leading to water shortages and power cuts. Such temperatures are normally recorded in May and June, the two hottest months of the year. Schools also had to close and the medical and fire services are at war. Hundreds of fires have reduced pine forests to ashes, especially around Dharamsala, the city where the exiled Dalai Lama lives.

Several regions in the country of 1.4 billion people reported a drop in water supplies that will only get worse until the annual monsoon rains in June and July. Despite the heat, the workers continued to work.

May promises to be even tougher, with stifling temperatures and more air pollution. This heat wave, the highest in one hundred and twenty-two years, raises fears that these extreme weather events may become the new normal. Scientists say that due to climate change, heat waves are more frequent but also more severe.

The vast majority of Indians are poor and forced to endure these extreme conditions without air conditioning, without fans, in unsuitable habitats. The Indian capital, like all major megacities, has hundreds of thousands of homeless people living in slums where drinking water is not available.

for the Dr Friederike Otto, lecturer in climate science at the Grantham Institute, London, “Heat waves in India and elsewhere will continue to get hotter and more dangerous until net greenhouse gas emissions stop”†

Neighboring Pakistan is also experiencing this extreme heat. The warm weather coincided with the period of Ramadan, which requires worshipers not to eat and drink between sunrise and sunset, which puts Indian Muslims and Pakistanis to the test. Farmers will have to use water wisely in this Pakistani country, where agriculture, the mainstay of the economy, employs about 40% of the total workforce.