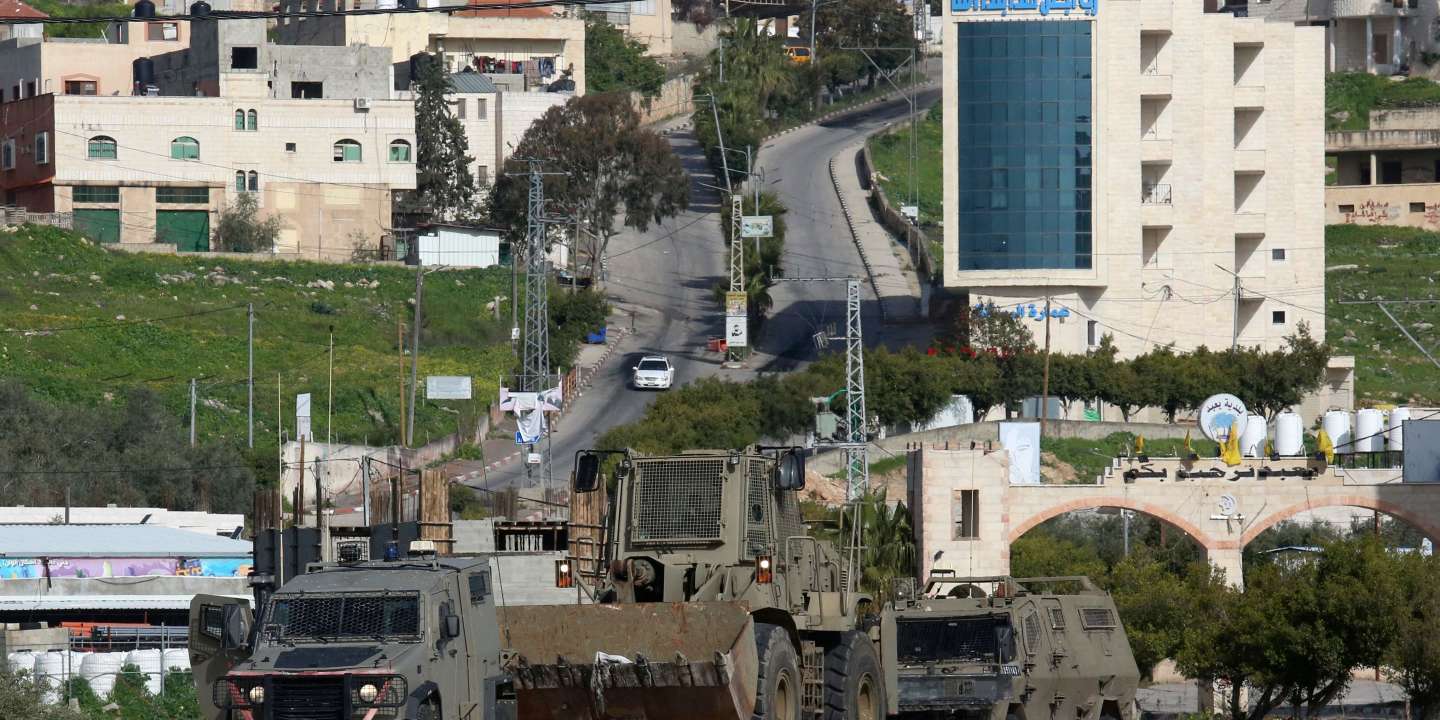 The situation remains tense in Israel and the Palestinian Territories on Thursday, March 31, after a deadly attack near Tel Aviv. Two Palestinians were killed in an Israeli army attack in the West Bank, while a knife attack on an Israeli bus left one seriously injured.

Early Thursday morning, Israeli forces conducted an operation in the Palestinian camp of Jenin, in the northern West Bank, after the attack that left five people dead on Tuesdayincluding two Ukrainian workers and an Israeli Arab police officer, in the suburbs of Tel Aviv.

Also read: Article reserved for our subscribers The Return of Attacks in Israeli Cities

Two young Palestinians, aged 17 and 23, were killed “by the Israeli occupier who invaded the area of ​​Jenin”, the Palestinian Ministry of Health denounced. Other officials also reported serious injuries in these armed clashes.

The Israeli army confirmed that soldiers and members of the Border Police, a paramilitary unit, “operation performed” in Jenin, to arrest “suspects”† “During this operation, Palestinian gunmen opened fire on the troops, who retaliated by opening fire.”the army said, adding that a soldier was slightly injured and taken to hospital.

After the attack in Tel Aviv, the Israeli army has deployed reinforcements in the West Bank and has multiplied the arrests, in particular of members of the family of the perpetrator of the attack, Dia Hamarshah, a Palestinian from Yaabad, a village nearby. from Jenin, who spent four years in Israeli prisons.

For its part, Islamic Jihad, the second Palestinian armed Islamist movement after Hamas and very present in the Jenin sector, has asked its members to be vigilant. “In light of the events in the camp † the Secretary General of Islamic Jihad announces a general mobilization of the Al-Quds Brigades [branche armée] in their places”announced the armed Islamist movement led by Ziad Nakhalé, based in Damascus.

Later Thursday morning, on a bus traveling near Elazar, an Israeli settlement in the southern West Bank, a Palestinian man stabbed a passenger, seriously injuring him, before being shot and killed by another armed passenger, according to the report. .

In Jerusalem, far-right lawmaker Itamar Ben Gvir, known for his incendiary statements against the Palestinians, went to the esplanade of the mosques, called Temple Mount by Jews, on Thursday morning, a few days before the start of the Ramadan celebrations. “Hamas threatened me all night, told me I was in the line of fire and told me not to come here. I say to the Hamas spokesperson: shut up”stated on the spot Mr Ben Gvir at the head of the religious Zionist party.

In 2000, the controversial visit to the esplanade by the leader of the Israeli right, Ariel Sharon, sparked the second Intifada, a Palestinian uprising.

The mosque esplanade, under Jordanian control but whose access points have been controlled by Israel since the 1967 conquest of East Jerusalem, was the scene of last year’s Ramadan, the month of Muslim fasting, clashes between the Israeli army and the Palestinians. The clashes, which left hundreds injured, sparked a deadly 11-day war between the Islamists of Hamas, in power in Gaza, and the Israeli army.

Also read our May 2021 article: Article reserved for our subscribers Jerusalem is on fire in the midst of a political crisis

In recent days, senior Israeli officials, including President Isaac Herzog and Defense Minister Benny Gantz, have traveled to Jordan for talks with King Abdullah II, who, for his part, has visited Palestinian Authority leader Mahmoud Abbas in hopes of calm the situation in the run-up to Ramadan, which starts at the end of the week.