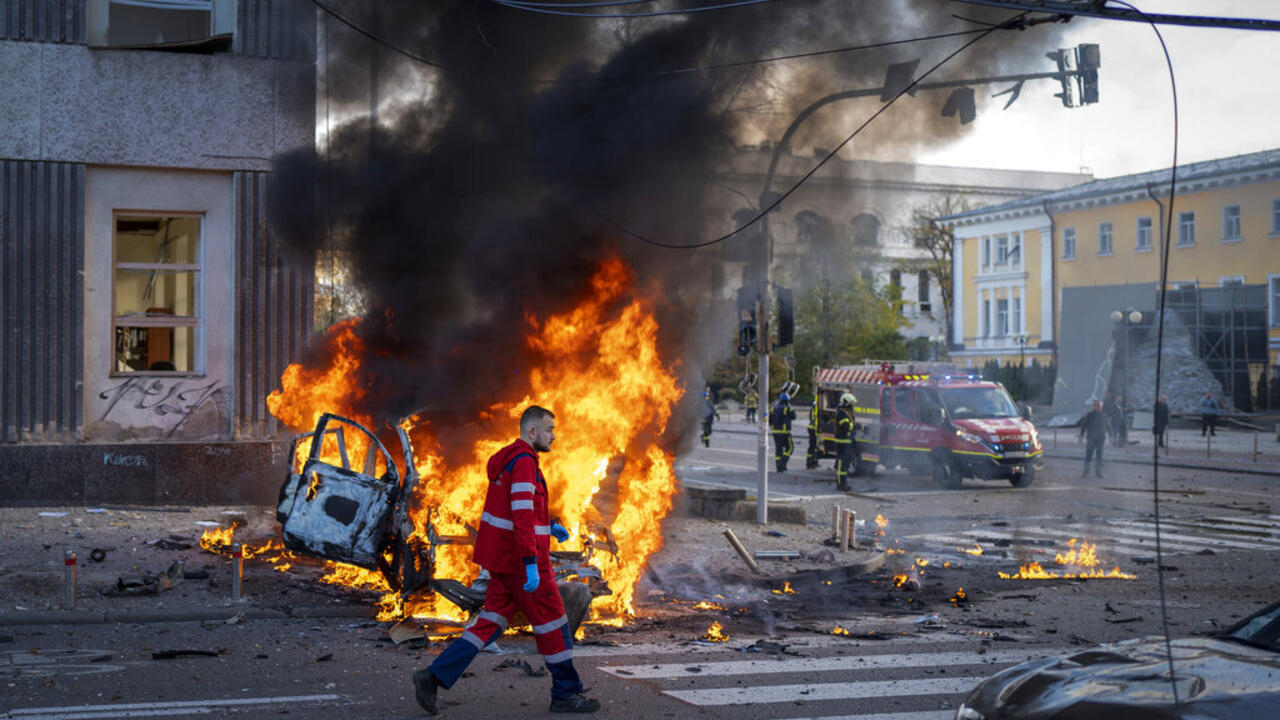 Ukraine got its first anti-aircraft defense system. A system supplied by Germany that should make it possible to protect a large city against air attacks. At the same time, NATO’s 30 defense ministers will meet in Brussels on Wednesday and Thursday to determine their position in light of this new escalation between Moscow and Kiev.

This anti-aircraft defense system is only a first step, with three others to be delivered in the coming months, said Christine Lambrecht, Germany’s defense minister. The Iris-T is a shield that can provide a protective bell within a 25-mile radius, and as of Monday, when a Russian rocket rain rained on Ukrainian cities, these ground-to-air systems became Kiev’s first priority.

These bombing raids into the depths of Ukrainian territory are a real shift in Russian strategy. Moscow is now threatening Ukraine’s civilian infrastructure in cities far from combat zones, by relaunching a series of surface-to-surface missile attacks, as had been done in the early days of the conflict. like Lviv to the west, relatively unscathed so far.

Kiev would like to have real protective domes around its cities and is calling on its allies. The United States has promised Nasam surface-to-air missile systems: first two, then six more. Ukraine is also looking at the French SAMP-T Mamba systems of Thalès and MBDA, but the French armies have only eight of these systems, systems that are also difficult to master.

This is the first high-level meeting of the Atlantic Alliance since the new Russian attacks in the heart of Ukrainian cities: NATO’s thirty defense ministers will meet in Brussels this Wednesday and Thursday to define their position in the light of these new escalation. At the center of their debates is Ukraine’s air defense, reports our correspondent in Brussels, Pierre Benazet.

The anti-aircraft defense of Ukraine is “the priority” of the 30 allies, NATO Secretary General Jens Stoltenberg just underlined on Wednesday. This is clearly the direct response to the request made Monday morning by Ukrainian President Volodymyr Zelensky.

The NATO Secretary General hopes other countries will step up to arms supplies, even if the Atlantic Alliance is a little behind on this point, because it is the allied countries that have to decide what they have on their side. For example, we have seen the reinforcement of land and air resources that France has announced for Romania and the Baltic States. And the 30 allies will also discuss the delivery of battle tanks to Ukraine this Wednesday to determine whether they can be considered defensive equipment.

The other issue of the day is the increase in production of defense industries, as arms supplies to Ukraine are dangerously depleting reserves of military equipment.

Delivering air defense systems to Ukraine is ‘the priority’: Stoltenberg

” The Allies provided such defense systems, but the Ukrainians need more. They need different types of air defense, short-range, long-range systems against ballistic missiles, cruise missiles, drones. Different systems for different tasks he explained at the start of a meeting of Alliance defense ministers in Brussels.