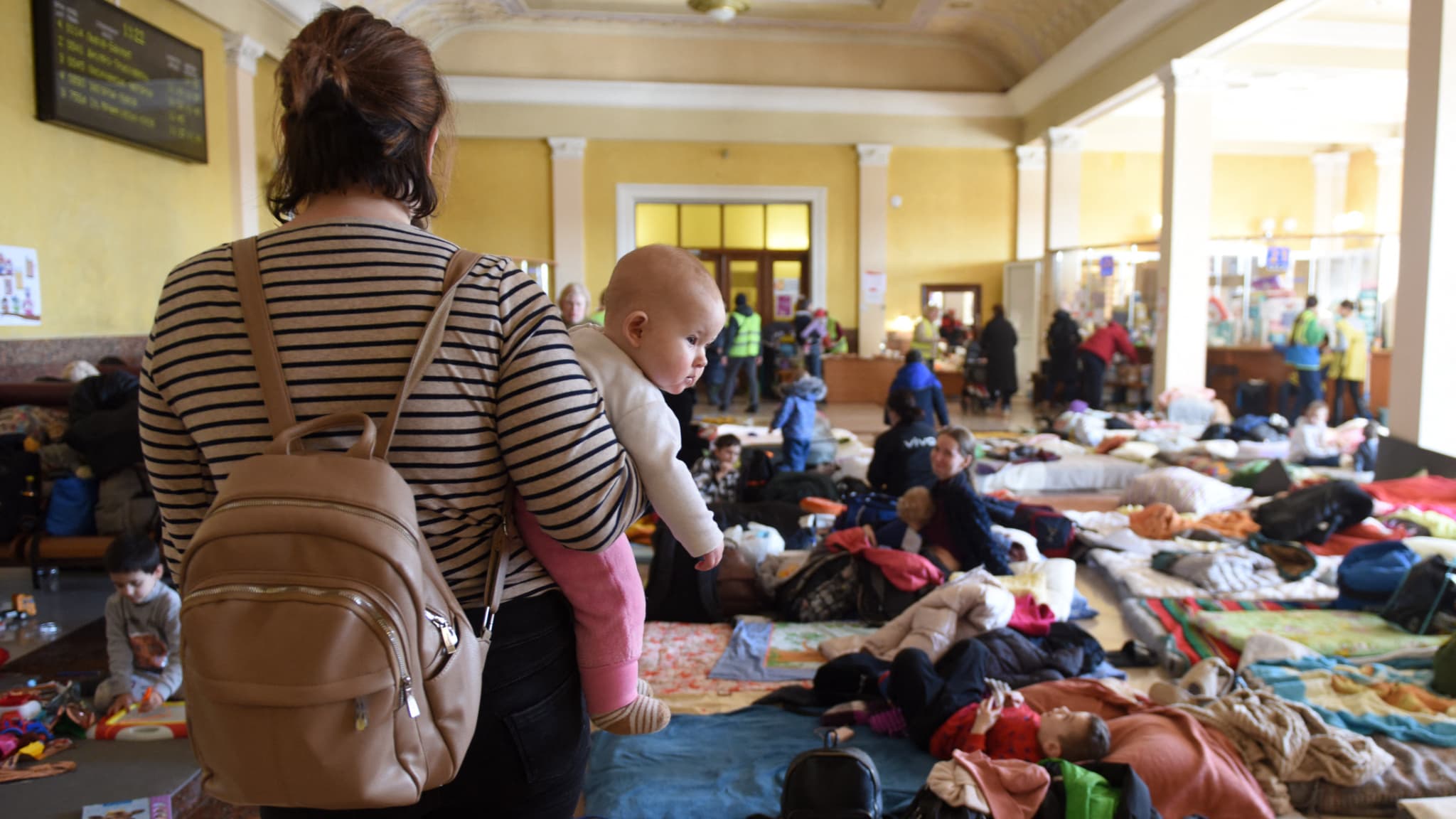 In times of war, rape is often used as a weapon. The conflict in Ukraine is of course no exception, according to accusations by NGOs. Since the beginning of the Russian invasion, organizations specializing in human rights have reported rapes by Russian soldiers of civilians, which constitute war crimes.

The latest account of this comes from Human Rights Watch† The NGO published this Sunday the story of Olha, a 31-year-old Ukrainian from a village near Kharkov. She says that while she was in a school with several residents for protection, a Russian soldier took her aside and repeatedly raped her and threatened her with a gun and a knife. Human Rights Watch claims to have identified at least three similar stories, but cannot immediately verify them.

This isn’t the first time these kinds of stories have popped up. During their visit to France, a delegation of Ukrainian MPs assured that they had been able to confirm about 20 cases of rape.

In an interview on 20 minutes, historian Élodie Jauneau, who specializes in violence and the military, recalls that rape and assault are “behaviours inherent in the practice of war”. A view shared by lawyer and international investigator Céline Bardet on France 24† “If a conflict starts very quickly, the rape allegations that follow are often clearly confirmed,” she said.

Élodie Jauneau even indicates that she fears that “within three weeks or three months we will discover a mass phenomenon of army rape”.

This issue has already been raised in other recent conflicts. This is how in 2021 Amnesty International accused Ethiopian and Eritrean soldiers of raping hundreds of women during the Tigray War. A few years earlier, Human Rights Watch denounced “systematic rapes” committed by Burmese soldiers against Rohingya women.

A hard answer to find

Several initiatives have been launched since the early 2000s, especially in the United Nations, to try to find solutions to prevent this use of rape as a weapon of war. To date, however, nothing has really succeeded in containing the phenomenon in the long term, mainly because getting the victims to speak is a real difficulty.

“Regardless of the context, rape victims feel a sense of shock and shame. In conflict zones, there is an additional awareness that they are not safe or confident. They do not turn themselves in,” Céline Bardet continues. Release†

In particular, the specialist explains that she has created a website that allows victims of war rape to report themselves, send photos and keep everything in a virtual safe in case they ever want to file a complaint. The final version of backup was scheduled for June 2022. “But with what’s happening in Ukraine, we’re being contacted a lot. So we’re speeding up to try and launch it faster,” she says.