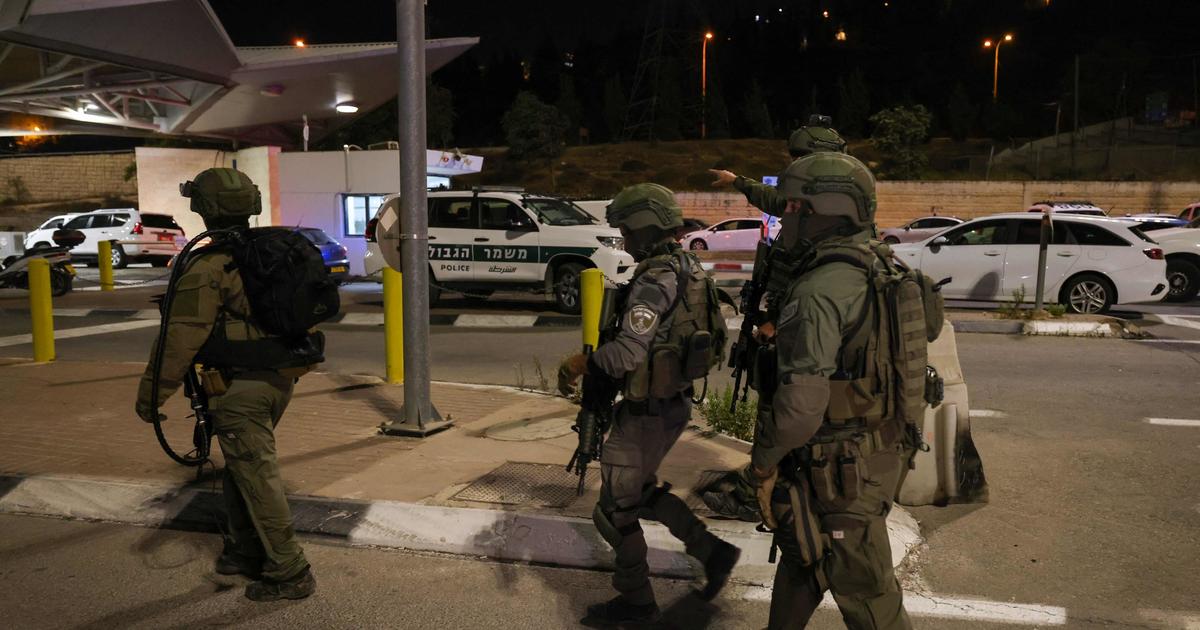 An Israeli soldier was killed in an armed attack in East Jerusalem on Saturday night, hours after the deaths of two Palestinian teenagers in an Israeli attack on the occupied West Bank, a sign of an increase in violence that “alarm» the UN.

On Sunday, the search for the main suspect, who was on the run, continued, police said, adding that a helicopter and special forces are participating in the operation. Three Palestinians suspected of involvement in the attack have been arrested, she said.

Read alsoThe Jerusalem Syndrome, or when the Holy City conjures up mystical gadgets

Private Noa Lazar, 18, who served with the military police, “succumbed to serious injuries inflicted during an armed attack on the Chouafat . checkpoint, a Palestinian refugee camp in East Jerusalem, occupied and annexed by Israel, the Israeli military said in a press release. Another 30-year-old Israeli man was shot and seriously injured in the head in the attack and was taken to Hadassah Hospital in Jerusalem, the facility said. Two border police officers were slightly injured by “shardssaid the police.

The area was cordoned off by the police. Dozens of officers were deployed around the Israeli checkpoint and in the refugee camp. Security measures have been strengthened at the entrances and exits of East Jerusalem, a Palestinian sector occupied by Israel since 1967, an AFP journalist noted.

Israeli Prime Minister Yair Lapid pledged Sundayto bring those responsible for this heinous crime to justicewhich takes place during the Jewish holidays. “Terrorism will not win, we are strong despite this difficult night‘ he says in a press release.

“I am alarmed by the deterioration of the security situation and the escalation of armed clashes between Palestinians and Israeli security forces in the West Bank.and in East Jerusalem, UN Middle East envoy Tor Wennesland said late Saturday night. Earlier Saturday, two Palestinian teenagers were shot dead in another Israeli army attack in Jenin, a stronghold of Palestinian armed factions in the northern West Bank, Palestinian territory occupied by the Israeli military since 1967.

The Palestinian health ministry identified the dead as Ahmad Daraghmeh, 16, and Mahmoud al-Sousse, 18. Eleven other Palestinians were injured. Facing violence in the West Bank, Mahmoud Abbas’s Palestinian Authority called on the United States to “stepping up pressure on Israel to end all-out war against the Palestinian people“Israeli Operationswill lead to an explosion and a point of no return, with devastating consequences for everyone“Warned Nabil Abou Roudeina, spokesman for President Abbas.

Islamic Jihad, an influential Palestinian armed movement in the Jenin area, described the two teens as “are martyrsThe Israeli military said it was raiding Jenin to arrest a 25-year-old Palestinian suspected of being a member of Islamic Jihad and firing at soldiers after the deadly attacks in Israel last March and April the Israeli army has stepped up operations in the West Bank, especially in the Jenin and Nablus areas.

These raids, often interspersed with clashes with the Palestinian population, killed more than 100 Palestinians, the highest toll in the West Bank in nearly seven years, according to Tor Wennesland.