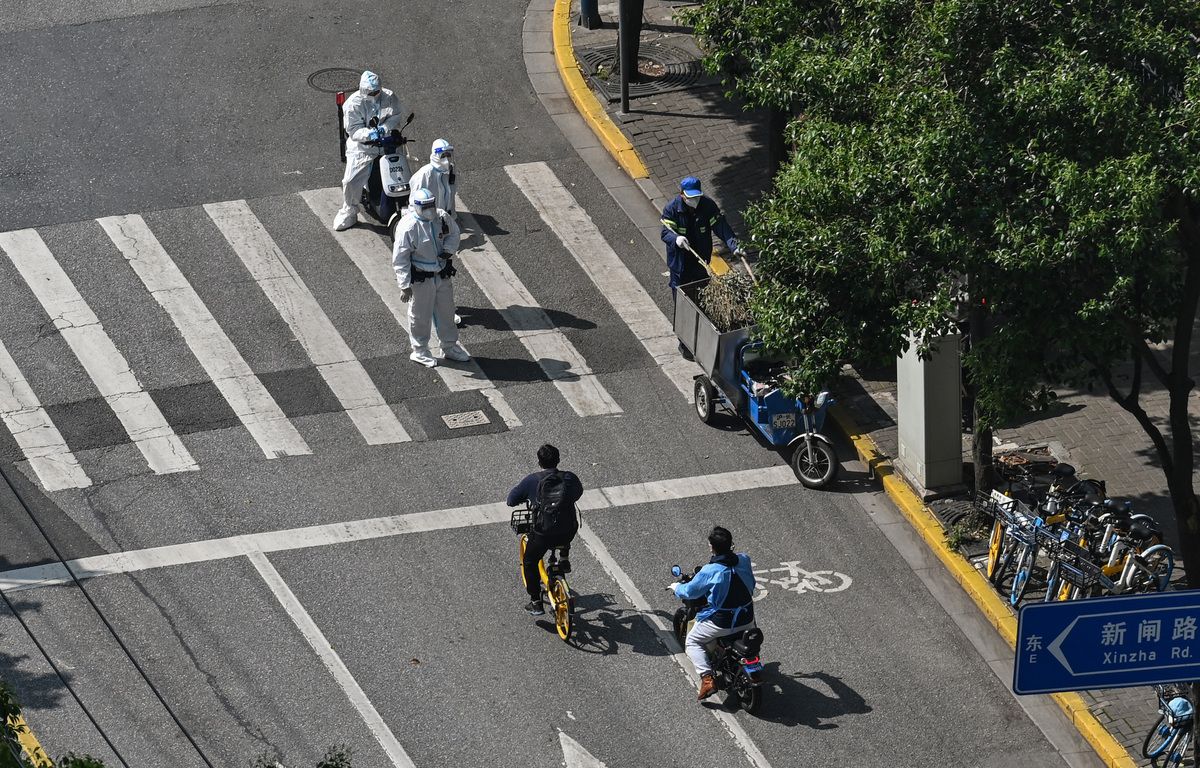 Negative and forced into quarantine: Despite the containment in Shanghai and drastic anti-Covid measures, healthy residents are also in isolation to contain the contamination.

Mostly saved for two years, China has faced the worst outbreak of an epidemic in recent weeks coronavirus since spring 2020. In the metropolis of Shanghai, by far the hardest hit and whose 25 million inhabitants have been locked up for a month, anyone who tests positive, even asymptomatic, is sent to a collective quarantine center – comfortable and with variable hygiene.

“We had no choice”

It happens that residents are put on buses in the middle of the night to be evacuated. Many residents are irritated by these isolation measures. Especially since a negative test is no longer synonymous with peace of mind.

Several people who tested negative say they were forced to leave their homes to go outside in self-isolation Shanghai† Several hundred kilometers from the city. “We had no choice,” says Lucy, a resident who prefers to keep her last name silent for fear of possible reprisals. “The police told us that there were too many positive cases in our home. †

According to the police, staying meant taking the risk of becoming infected. And finally to add to the official toll as China has a zero Covid policy. Shanghai reported 7,137 new positive cases on Monday, a slight drop over 24 hours.

She was displaced along with her neighbors in the middle of the night and sent more than 400 km from her home to a makeshift quarantine center in eastern Anhui province. This resident does not know when she can go home again. His accident is far from an isolated incident. AFP was able to talk to other Shanghainese who had also been sent to solitary confinement in other provinces.

A resident of the Jing’an district, known for its eponymous temple and trendy cafes, testified on condition of anonymity. At her residence, the negative cases “all received a call” to leave their homes, she said.

Positive Cases were “transferred to hotels to be isolated[there],” said this resident, who is also in a “terrifying” quarantine center in Anhui.

Given the dire circumstances, the companions who were in the misfortune of her stay, she said, “have lost all faith in the Shanghai authorities”. Another resident assures that the vigorous opposition of his neighbors has in no way stopped the authorities from locking them up outside Shanghai.

The controversial measure reflects the government’s “strong pressure” on local authorities to reach zero cases, said Yanzhong Huang, a health problem specialist at the Council for Foreign Relations in America.

Tens of thousands of contact cases placed in solitary confinement

Officials are regularly fired for alleged breaches following the emergence of an epidemic outbreak. Therefore, to protect themselves from such a sanction, some officials are tempted to resort to “excessive measures,” notes Yanzhong Huang.

Moving negative patients would be a matter of “prevention”, according to authorities, who expect an increase in contamination within a certain perimeter. According to the official New China office, several tens of thousands contact case were thus placed in solitary confinement in provinces bordering Shanghai.