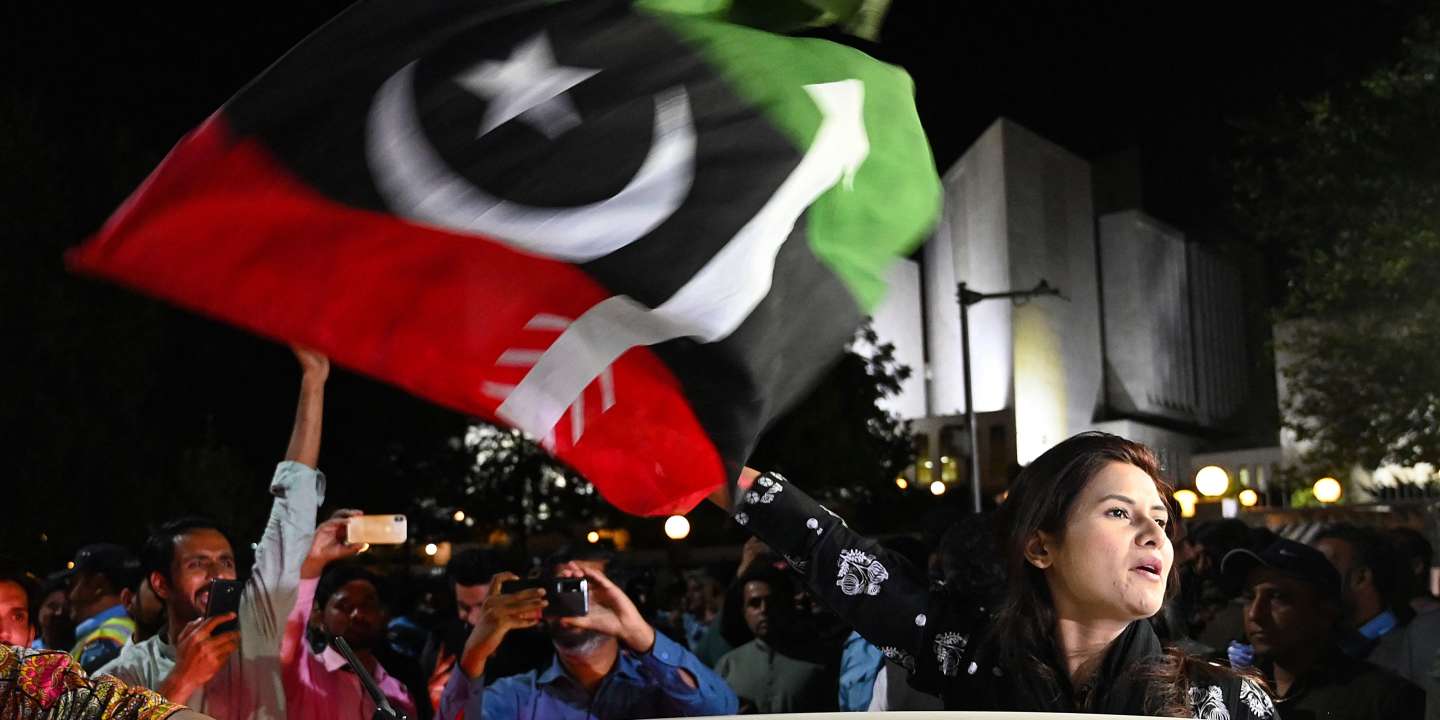 Pakistan’s Supreme Court on Thursday, April 7, annulled the dissolution of the National Assembly and ordered it to vote on the motion of no confidence filed against Prime Minister Imran Khan. A victory for the Pakistani opposition that seems to overthrow the government leader. “The National Assembly remains in session”the court ruled, which ordered that it meet again on Saturday to put the motion to a vote.

“This decision has saved Pakistan and its constitution. It has increased the honor and dignity of the Court.”The leader of the opposition to the Assembly, Shahbaz Sharif, leader of the Muslim League of Pakistan (PML-N), responded, tipping to become prime minister if the censure motion is approved.

The verdict was greeted with enthusiasm in Islamabad by opposition supporters, who filled the streets with car horns. A strong police presence could also be observed in the capital.

The country’s highest court has considered: “unconstitutional and without legal effect” the refusal of the Vice-President of the National Assembly, a close friend of Mr Khan, to put this motion to the vote on Sunday, which could have prevented the head of government from being overthrown.

The opposition had announced it had won enough votes to lose its parliamentary majority to Mr Khan, 69, a former cricketer who won the 2018 election. But she was surprised by the last-minute maneuver of the Vice-President of the Assembly, who had refused to vote on the motion on the grounds that it was unconstitutional, following a “foreign interference”†

Imran Khan had accused the United States several times in recent days of meddling in Pakistan’s internal affairs with the complicity of the opposition, whose treason he denounced. He accused Washington, who denied any involvement, of trying to get him out for refusing to align with US positions on Russia and China.

The head of government then obtained on Sunday from the President of the Republic, Arif Alvi, another of his allies, the dissolution of the Assembly, automatically triggering early parliamentary elections within 90 days.

A succession of political crises

There will therefore be no elections immediately after the Supreme Court ruling and Mr Khan now appears to have no chance of surviving the no-confidence vote.

Pakistan, a nuclear-armed Islamic republic of 220 million inhabitants, which turns 75 this year, is used to political crises.

No prime minister has ever served in office in this country, which has seen four successful military coups and at least as many coup attempts since independence in 1947, and spent more than three decades under a military regime.