Home » Ramzan Kadyrov, the man who owes all his power to Vladimir Putin 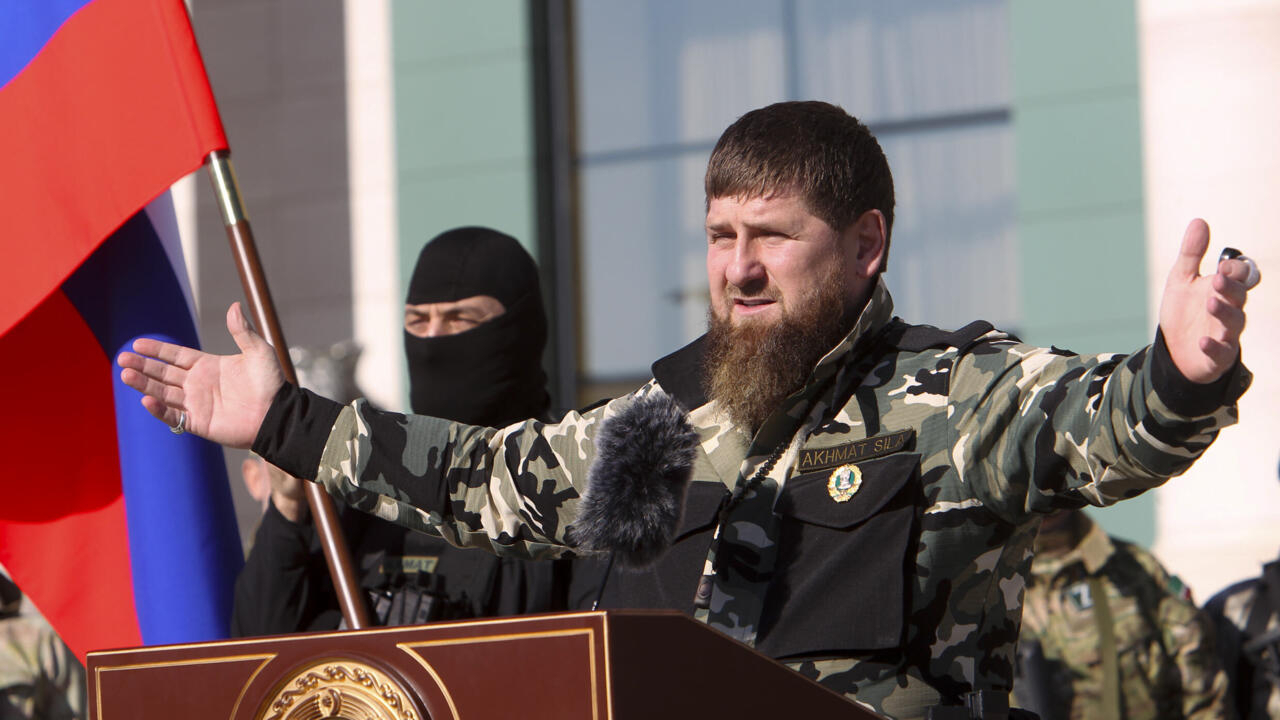 He is not European, he is from the Caucasus. But it is his role in the conflict that has been going on in Ukraine for more than seven months now that makes him our European of the week. Ramzan Kadyrov, the president of Chechnya, appointed by Vladimir Putin to power in 2007 after two wars in Chechnya, hasn’t stopped making the headlines since Moscow launched its “special operation” in Ukraine.

This warmonger has not waited for the mobilization announced a few weeks ago by the Kremlin to send his troops to fight in Ukraine. On social networks, he does not hesitate to present himself as a warlord, taking part in the battles. Ramzan Kadyrov, who is considered close to Vladimir Putin, also does not hesitate to criticize those he believes are responsible for Russia’s debacle in recent weeks.

He is a colorful character, accused of being a torturer, having ordered campaigns of fierce repression, arrests or even torture. We no longer need to imagine Ramzan Kadyrov, who rules the small Republic of Chechnya with an iron fist. Ramzan Kadyrov, appointed in 2007 by Vladimir Poutine, maintains a special relationship with the Russian president to whom he owes everything, as described by Anne Le Huérou, lecturer at the University of Paris-Nanterre and specialist in Russia and the Caucasus: ” These are loyal relationships. Loyalty in both directions and great -I don’t think we can speak of friendship between these two characters-, but in any case also an agreement about well-understood interests, namely that Ramzan Kadyrov indeed owes all his power to Vladimir Putin, but that at the same time Vladimir Putin owes Kadyrov in return also relative stability in the Republic, a gradual end to the fighting, to the attacks on Russian soil. »

This relationship has evolved over the past fifteen years, as Ramzan Kadyrov has proven his loyalty to keep in step a population that dreamed of independence in the late 90s. Methods used to be followed, as Aude Merlin, political science lecturer at the Free University of Brussels, member of Cevipol and specialist in Russia and the Caucasus, notes: “ The regime in Chechnya, the political regime established by Ramzan Kadyrov, with the political and financial support of Moscow, is an extremely repressive regime. It is a regime that is almost totalitarian and one could even say that one sees the emergence of a certain number of features of the Chechen political regime as it functions in the evolution of the Russian political regime in general. »

► Also read: An NGO denounces forced recruitment in Chechnya for the war in Ukraine

If Ramzan Khadyrov’s methods inspire, Aude Merlin says his statements could be prescient, he who continues to criticize the Russian General Staff and who now calls for the use of tactical nuclear weapons: ” That is a technique already applied in Soviet times, that is, the fine power of drawing inspiration from suggestions of elements more radical than him, at least on the surface. In fact, Vladimir Putin pretends to somehow respond to suggestions, invitations, challenges or ideas that would come from other people by somehow presenting and saying himself as more moderate, but in the end we have no choice, and we must listen and carry out this or that suggestion. »

While it is too early to know whether Moscow intends to follow Ramzan Kadyrov’s recommendations, the Chechen leader’s statements appear to be consistent with the Kremlin, specifies Anne Le Huérou: He can afford, with his rather flowery style that we know him, to say aloud what Vladimir Putin thinks to himself and as head of state cannot afford to say. But there is another interpretation, there is an internal dimension that should never be forgotten. This discourse is largely geared towards internality, with the aim of reassuring his power and position internally, perhaps because it has been weakened, also by this war, precisely because the recruitment and mass mobilization of Chechens caused discontent. »

Ramzan Kadyrov was promoted to the rank of colonel general by Vladimir Putin this week as troops in Moscow continued the setbacks in Ukraine. A promotion that may herald a hardening of the conflict in the coming weeks. But what is certain, as Aude Merlin explains, is that the fates of these two leaders are intrinsically linked: On the day Vladimir Putin falls or loses power, Ramzan Kadyrov is not sure if he can stay himself. And you can imagine that Vladimir Putin would almost automatically take Ramzan Kadyrov with him, because this agreement between two men was based precisely on a very personal loyalty. »

If the mobilization in Russia has caused a dispute that results in particular in the departure of many Russians abroad, in Chechnya, the situation also seems to deteriorate and the setbacks suffered by the Russian army in Ukraine could well inspire him to shut up. annoyance.