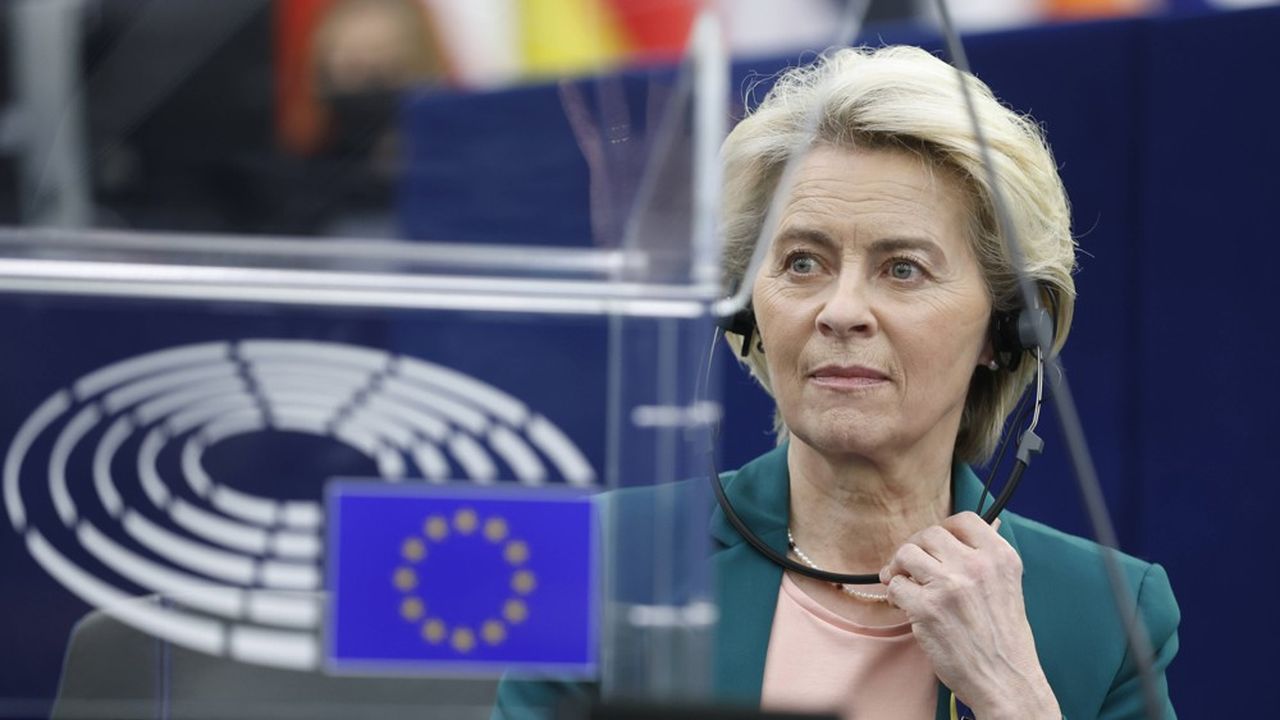 The lack of congratulations traditionally addressed to the winner of the parliamentary elections was not a good sign. The President of the European Commission, Ursula von der Leyen, clearly did not appreciate Viktor Orbán’s statements on Sunday, his re-election was barely assured.

He congratulates himself on his big win , the nationalist leader addresses the “bureaucrats” in Brussels, continues again, but especially to the one he described as an adversary, Ukrainian President Volodymyr Zelensky. His more than ambiguous stance since the Russian invasion of Ukraine and his reluctance to accept European sanctions against his “role model” in politics, Vladimir Putin, prompted the European Commission to step up its pace in the face of this leader who tramples on European values. she got rid of his last legislative weapon which could potentially deprive Hungary of EUR 40 billion in European funds.

It was in front of the Strasbourg parliament and to applause that Ursula von der Leyen announced on Tuesday the activation against Hungary of a “conditionality mechanism” aimed at robbing a country of funds where the rule of law is violated. The mechanism focuses more specifically on violations of the rule of law that would jeopardize the correct use of European funds in a Member State.

Conflicts of Interest and Corruption

EU Budget Commissioner Johannes Hahn “spoke to the Hungarian authorities today and informed them that we will now send the letter of formal notice to activate the mechanism,” Ursula von der Leyen said.

The file against Hungary was ready, but the Commission preferred to let the general election go ahead so as not to interfere in the vote and prevent the outgoing prime minister from making arguments in his war against the European institutions. In an earlier letter sent to Budapest in November, the Commission expressed concerns about public procurement issues, conflicts of interest and corruption.

The European Parliament grew impatient since the entry into force of this instrument, on 1er Last January. She blames the European Commission for not doing anything and even filed a lawsuit in October 2021 with the European Court of Justice for failing to fulfill its obligation to apply the regulation and for attempting to “play the clock”.

For its part, the Commission argued that it had undertaken to await the opinion of the European Court of Justice on this remedy – at the request of Warsaw and Budapest – before applying it. The Court gave the green light on 18 February, but the Commission then wanted to refine its “guidelines”, ie the conditions under which it could activate this mechanism. l European executive wanted legal certainty this new instrument before it is deployed against Hungary and Poland so as not to be snubbed in case the attacked country takes it to court.

The process, which started on Tuesday, will take time. It was also extended and made more complex under pressure from Poland and Hungary, who threatened to veto it. The procedure enables the former State to react or even to correct the identified shortcomings. The procedure should take six to nine months. Ultimately, any suspension or reduction of European payments must be endorsed by at least 15 of the 27 Member States.

The idea of ​​this new instrument arose from the inability of the Community institutions to enforce the fundamental values ​​of the European Union, especially in areas such as corruption and the independence of the judiciary. Article 7 of the Treaties is unleashed against Hungary – and Poland, but encounters the unanimity required to punish a state.

This new chapter begins with Hungary in a context of conflict and disagreement over the independence of the judiciary, power over the media and its refusal to accept the superiority of the European legal order over national law.