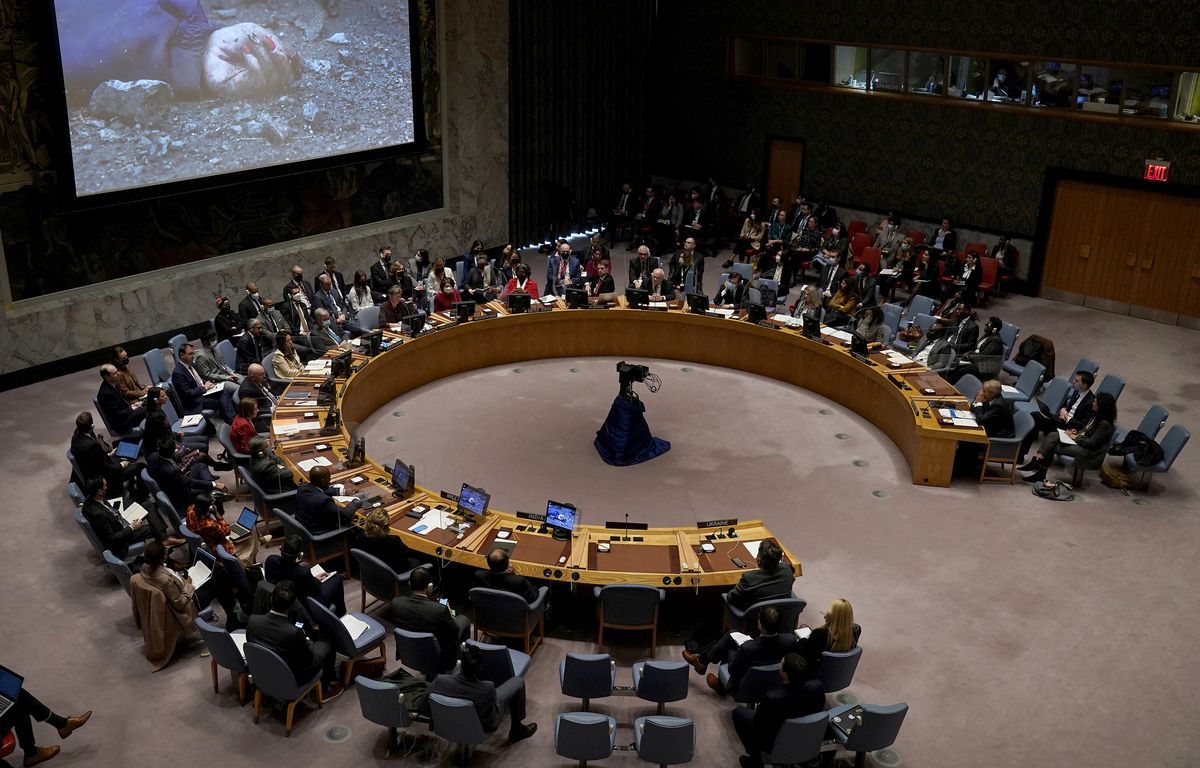 You have the latest events related to the war in Ukraine † 20 minutes makes the balance for you every evening at 7.30 pm. Who did what? Who said what? Where are we ? The answer below:

The decision is historic. The UN General Assembly suspended Russia from its seat in the Council on Thursday afternoon of United Nations human rights. Of the 193 member states, 24 countries voted against this suspension and 58 countries abstained. This kind of decision is the second in the history of the United Nations after the expel from Libya in 2011. The request had been made earlier in the day by the G7 countries and the day before by Ukrainian President Volodymyr Zelensky.

And Russia’s sanctions on the UN may still continue. The organization announced that same day the imminent opening of an investigation into the circumstances of the death of people dressed in civilian clothesfound in Boucha by the Ukrainian authorities after the withdrawal of the Russian army.

Without a word they pushed me on the bed, crushed me with a machine gun and stripped me off.

Elena, a Ukrainian whose first name has changed, was a mother of four raped for hours by two Russian soldiers on April 3 because she was the wife of a Ukrainian soldier. The Ukrainian branch of the women’s rights NGO La Strada estimates that there could be hundreds, even thousands of women and girls in her case.

167. At least 167 children have been killed since the start of the Russian invasion of Ukraine, according to the Ukrainian parliament.

The Russian army out of breath? It is the theory of certain military experts such as Raphael Cohen who estimate Russian casualties between 7,000 and 15,000 men. “If Russia can’t make up for its losses, it risks being exhausted,” the analyst said. On the other hand, while Vladimir Putin dreamed of taking Kiev in a few days, since that failure“The Russians have not been able to break through except in the southern part,” a source within the French general staff said. They “take up defensive positions in much of the northern confrontation lines”, but “it is difficult to measure whether they are at a strategic breakthrough to launch the attack, or whether they have been killed.”

” De Russia has completely lost the initiative, a Western official said on condition of anonymity. Just yesterday we saw rows of Russian tanks trying to get ahead on the road and struggle with the Ukrainian resistance. Even as they learn (…), they continue to compromise their ability to achieve their goals.”