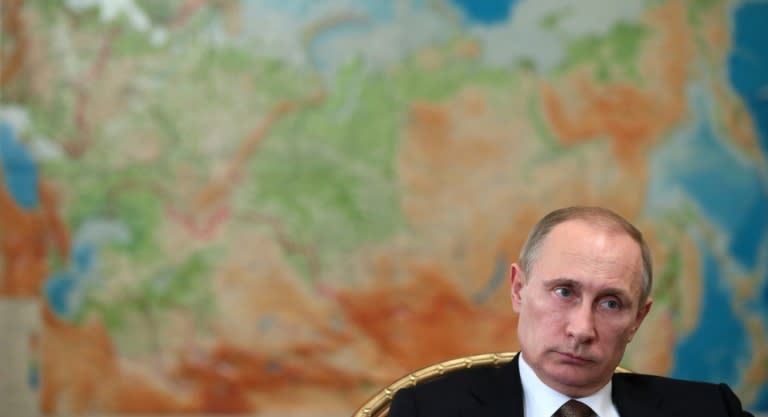 Western sanctions that have targeted not only the Russian president’s close circle but also his family have shed unusual light on Vladimir Putin’s private life, which is usually kept in strict opacity.

The United States and the European Union have announced the first sanctions against the two adult daughters of the head of state from his first marriage to Lyudmila. At the same time, pressure is also mounting on Alina Kabaeva, a former gymnast who, according to some media and opponents, is alleged to be his mistress, allegations that have never been confirmed by the Kremlin.

Putin is discreet about his private life to say the least. State media usually shows him working or traveling alone, too busy serving the country to enjoy his free time.

The only violation of this omerta was his public performance with Lyudmila during the intermission of a ballet in Moscow in 2013, the opportunity to announce a divorce, which was finally consummated a year later.

The Russian media calls the two daughters of this union Maria Vorontsova and Katerina Tikhonova, but Putin never referred to them. “My children are doing well. They are in Moscow (…) Everything is fine in their private lives and their professional careers. I am proud of them,” he said in one of his rare public remarks. 2012.

Kremlin spokesman Dmitry Peskov declined to comment on the new sanctions against Maria and Katerina, saying the decision “speaks for itself”.

But the long absence of their mother Lyudmila in public, and her gruff appearance when she appeared, had led to widespread speculation about the private life of the Moscow strongman long before his divorce.

In 2008, a small tabloid, Moskovsky Korrespondent, claimed that Putin wanted to marry Alina Kabaeva. Furious, he had invited journalists to keep their “nose full of snot” away from his private life.

The newspaper of businessman Alexander Lebedev, whose son Yevgeny has become a media figure in Britain, had published a detailed apology before closing the shop for good.

But this relationship between Putin and the gymnast has remained in people’s minds and is the subject of an investigation by dissident Alexei Navalny, published just before his January 2021 arrest.

The opponent claimed that Kabaeva enjoyed a network of luxury properties in Russia, as well as a well-paid position on the board of directors of the public group National Media Group (NMG), brought by the oligarch Yuri Kovalchuk, close to Putin and slammed himself with individual sanctions today .

“There is no doubt that Alina Maratovna Kabaeva danced better than anyone with a ball and a ribbon, but without her connection with Putin she would have no skill in running audiovisual companies and newspapers,” Navalny said.

Information on social networks has currently located her in Switzerland and a petition with 75,000 signatures is demanding sanctions against her. “Given the magnitude of the sanctions against Russia, why do you now continue to welcome him with his family while Putin is destroying the lives of millions of people?” the text asks.

According to the Swiss television channel RTS, citing an official statement, the federal government has investigated the file, but “did not find any indication that this person was in Switzerland”.

Georgy Alburov, an investigator with Navalny’s anti-corruption fund, said it was unthinkable that she would escape sanctions. “She is part of Putin’s inner circle, she is a member of his family who takes advantage of his situation,” he said, adding that her role in the official media made her a “great Russian propagandist”.

Opponents also argue that Putin’s alleged affair with Kabaeva is not exclusive. In November 2020, the online research site Proekt claimed that a certain Svetlana Krivonogikh had been given shares in the Rossia bank, by the same Yuri Kovalchuk.

In 2003, she gave birth to a daughter with Vladimir as the last name. The Kremlin had declined to comment on an article without “serious elements”.