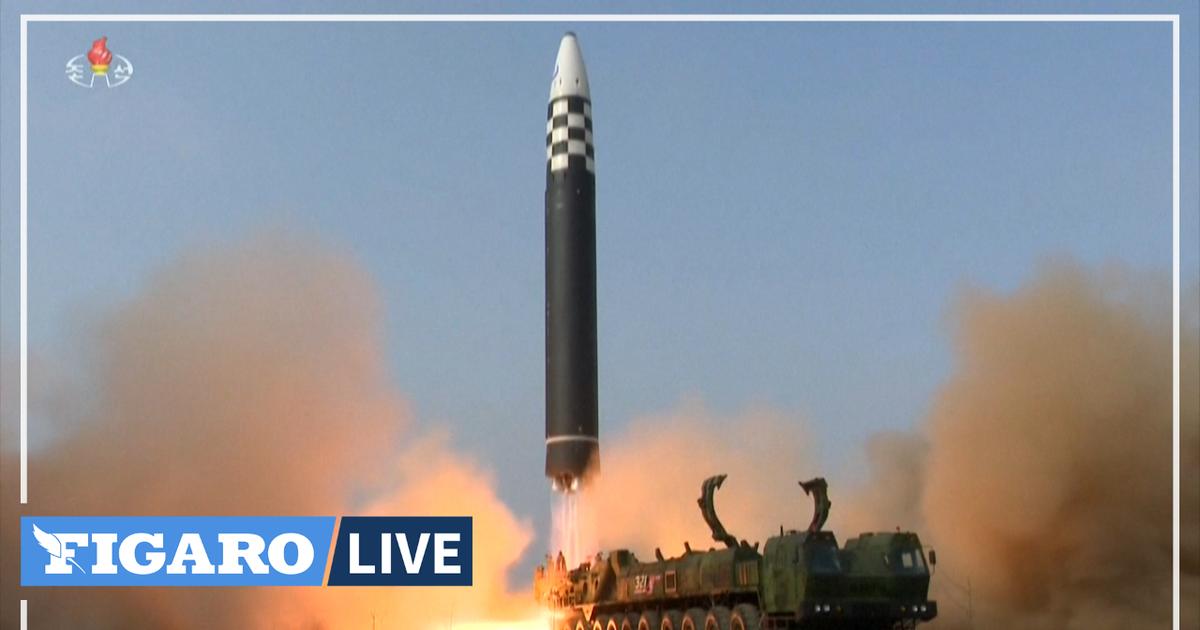 Contrary to what it claimed, North Korea did not launch “monster rocketThe South Korean military said on Wednesday, March 30, which concluded it was the same intercontinental ballistic missile (ICBM) as the one tested by Pyongyang in 2017.

North Korea announced on March 25 that it had successfully fired the country’s most powerful intercontinental ballistic missile, the Hwasong-17. This “monster rocketCapable of carrying several nuclear warheads following an independent trajectory during their reentry, was first showcased in October 2020, at a military parade in Pyongyang.

A rocket already tested in 2017

South Korea’s defense ministry told AFP that Seoul and Washington were able to determine that the missile fired was actually a Hwasong-15, which had been tested as far back as 2017.US and South Korean intelligence concluded that what was fired on March 24 was a Hwasong-15 . used to beAFP said a Defense Ministry official. These two types of ICBMs are potentially capable of reaching the Americas. South Korea and Japan each confirmed that the missile launched on March 24 flew higher and further than any other missile launched to date. They later noted discrepancies in Pyongyang’s report.

The spread of this false information was certainly an attempt by Pyongyang to thwart the failure of the March 16 projectile launch. Analysts said the rocket launched that day was the Hwasong-17, which exploded shortly after launch. According to specialist site NK News, based in Seoul, debris from this machine fell on or near Pyongyang as a ball of reddish smoke zigzagged in the sky. †The people of Pyongyang must have been shockedThis missed shot must have had an impact on public opinion about the regime, Ha Tae-keung, a South Korean deputy from the conservative People’s Power party, told the press.

North Korean state media – Rodong Sinmun and the KCNA news agency – had not reported the outage at the time, contrary to what they usually do within 24 hours of a shooting. The media bragged about the March 24 trial, in which KCTV aired a carefully staged music video claiming the successful launch of the “monster rocketHowever, analysts noted anomalies in the video, some parts of which were faked.