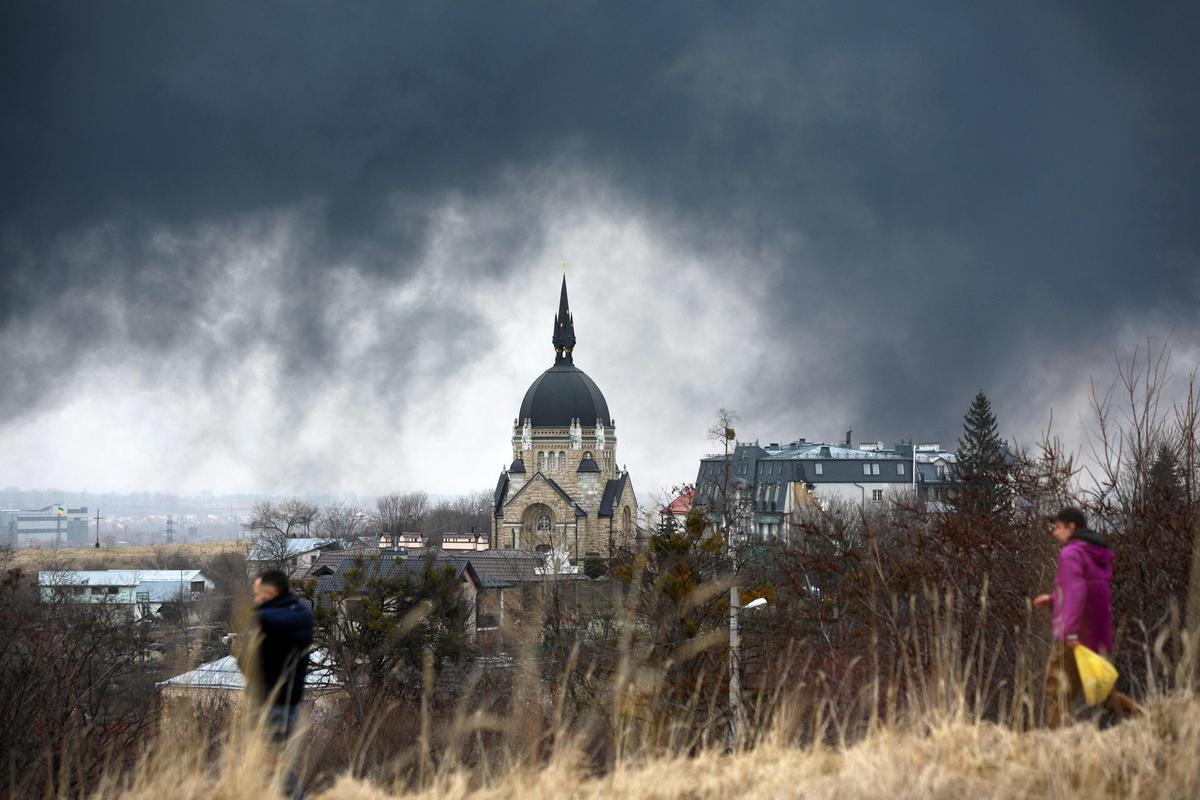 French President Emmanuel Macron said on Sunday he would “not use” US President Joe Biden’s terms., whom Vladimir Putin called a “butcher” the day before during a meeting with Ukrainian refugees in Poland. He said there should be no “escalation in words or deeds” in the war in Ukraine.

He also indicated that he would speak to the Russian president “tomorrow or the day after tomorrow” (Monday or Tuesday) to… an evacuation operation from the city of Mariupolin Eastern Ukraine, which must be done “as soon as possible”.

More than 3.8 million people have fled Ukraine since the Russian military invaded on Feb. 24, according to the UN census published Sunday, but the flow of refugees has slowed significantly since Feb. 22. March.

In all, more than 10 million people, more than a quarter of the population, have had to leave their homes, either by crossing the border to seek refuge in neighboring countries or seeking refuge elsewhere in Ukraine. The UN estimates the number of internally displaced persons at nearly 6.5 million.

British sanctions imposed on Russia after the invasion of Ukraine could be lifted if Moscow agrees to a total ceasefire and withdraws its troops, British Foreign Secretary Liz Truss said on Saturday.

These statements echo those of US Secretary of State Antony Blinken, who indicated that the sanctions against Russia “were not intended to be permanent” and that they could disappear if Moscow changed its stance.

In the military field

On the military front, in its latest staff bulletin published at dawn on Sunday, the Ukrainian army assures that in the Donbass, in the areas of Donetsk and Lugansk, “seven enemy attacks have been repulsed” and eight Russian tanks have been destroyed.

Russia has claimed that Kalibr-like missiles destroyed a weapons and ammunition depot in the Zhytomyr region, west of Kiev, on March 25.

Saturday afternoon’s Russian attacks on Lviv, a major city in western Ukraine, hit a fuel depot and a strategic military site, according to local authorities, with five injured.

In Mykolaiv, a lock town on the road to Odessa – Ukraine’s largest port – that the Russian army has been trying to blow up unsuccessfully for weeks, the noose seems to be loosening a bit. The front even withdrew, with a Ukrainian counter-offensive on Kherson, some 50 miles to the southeast, which the Russian army said it had completely captured.

A possible referendum in Lugansk

The separatist area of ​​Lugansk, whose independence Moscow has recognized but not the international community, could soon hold a referendum to join Russia, the area’s leader Leonid Passechnik said on Sunday.

The pro-Russian separatist republics of Donetsk and Lugansk are located in the Russian-speaking Donbass (Eastern Ukraine) mining basin and have escaped control of Kiev since 2014.

The International Atomic Energy Agency (IAEA) has expressed concerns about: the Chernobyl nuclear power plant, taken by the Russian army from the start of the conflict.

The Russian military has also taken control of the town of Slavoutitch, which is home to Chernobyl nuclear power plant personnel, and “there has been no staff turnover at the site for nearly a week, the IAEA press release specifies.

She is concerned about the ability of the employees who perform day-to-day work at the radioactive waste site to come home to rest.

The CEO of Auchan Retail International, the Frenchman Yves Claude, defended Sunday the maintenance of the group’s activities in Russia because, according to him, “departure would be conceivable from an economic point of view, but not from a human point of view”.

Ukrainian President Volodymyr Zelensky questioned the Auchan group before the French parliament on Wednesday about its activities in Russia, where it employs 30,000 people and generates 10% of its global turnover. “It’s easy to criticize us, but we’re here, we’re at the forefront and we’re acting for the civilian population,” Yves Claude assured.

ICRC denies any forced evacuation of civilians to Russia

The International Committee of the Red Cross (ICRC) has formally denied that it facilitated the forced evacuation of Ukrainian citizens to Russia, as a Ukrainian political analyst suggested to online media Euractiv.