Home » Serbs vote in the shadow of war this Sunday 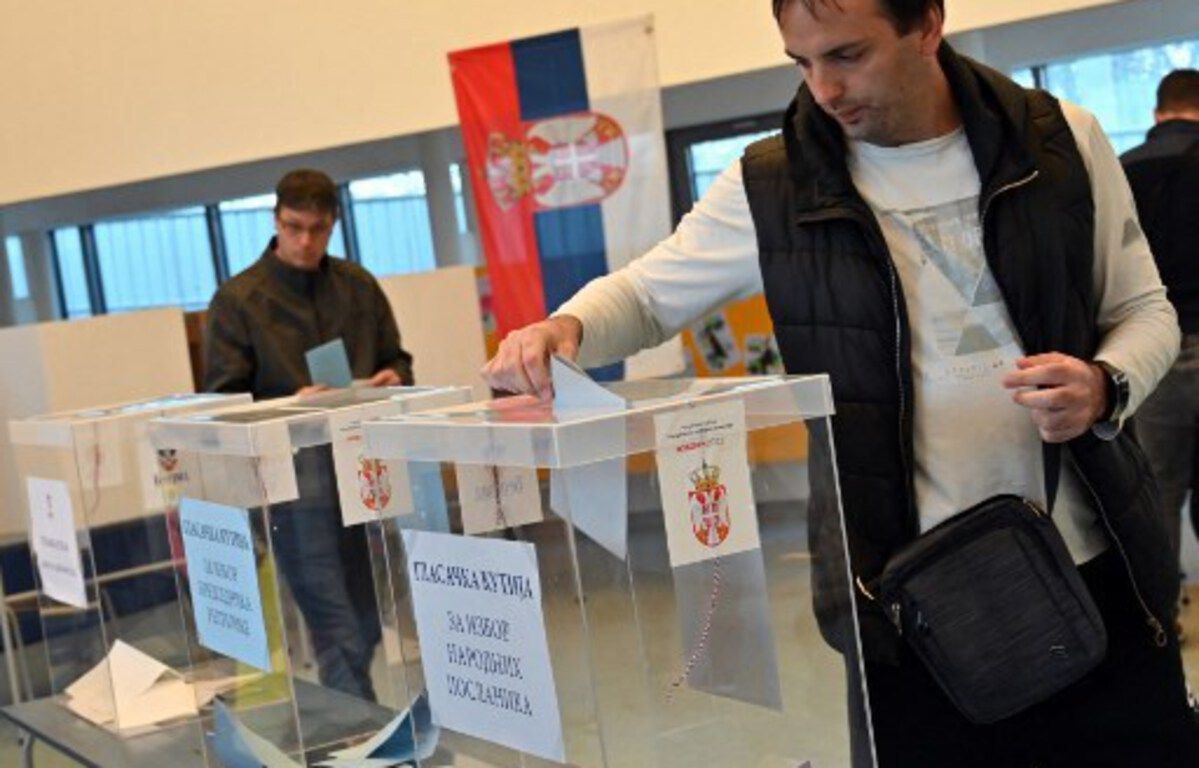 the Serbs vote Sunday in elections where populist president Aleksandar Vucic wants to extend a decade of rule by presenting himself as the guarantor of stability in the shadow of the war in Ukraine† The voters appoint their head of state, their 250 deputies and several municipal councils. According to the latest polls, Aleksandar Vucic’s Serbian Progress Party (SNS, centre-right) should reaffirm its hold on parliament, while the president himself is in pole position for a second term. “Personally, I see stable progress and I voted in line with this view,” Milovan Krstic, 52, a government official, told AFP. Russian invasion of Ukraine At the end of February, the course of the campaign, which according to commentators should have focused on the environment, corruption and rights, changed.

But Aleksandar Vucic, accused by his critics of authoritarianism, the war in his advantage. In a country undergo as elsewhere the coronavirus pandemic, he blows away the fear of instability and presents himself as the only captain who can steer the ship in stormy weather. He campaigned under the slogan ‘Peace. Stability. Vucisch.” “These crises have shaken economies much more than ours, but we are completely stable, we are meeting the challenges successfully,” he said at a forum, also promising an average salary of 1,000 euros. against 600 currently..

In the Balkan country that was once considered a pariah, the memories of the wars that initiated the bloody disintegration of the former Yugoslavia and the economic sanctions that hit the middle class hard are still current. In bad weather, people prefer a leader who promises them stability rather than risk change, Zoran Stojiljkovic, a political science professor in Belgrade, told AFP: “Major crises, at least in the short term, always favor those who are already in power. They generate uncertainty, fear and the hope that the system will at least guarantee basic security.” Just a few months ago, the opposition seemed to have made a breakthrough in the country of less than seven million inhabitants.

Serbia, a UFO in Europe

In January, Aleksandar Vucic canceled a controversial lithium mining project that had thrown tens of thousands of protesters onto the streets, a turning point he had rarely seen in his ten years in office, first as deputy prime minister, then prime minister, then president. The latest polls predict it will cross the 50% mark on Sunday, but the opposition nevertheless hopes a high turnout will lead to a runoff election. Opinion polls suggest Aleksandar Vucic’s main rival is retired General Zdravko Ponos, a surprise candidate put forward by the pro-European opposition camp. “It is not a question of whether the opposition will have a few more seats, but whether Serbia will exist as a democratic and European country if (Vucic) remains in power for another five years,” he told AFP. But for analysts, the opposition has little chance of dethroning him or disrupting the make-up of the outgoing parliament, which has been won almost entirely by a pro-Vucic coalition. Serbia, where many residents support the war in the Kremlin, is like a UFO in Europe. Some opposition parties share these pro-Russian views. Those who don’t share them dare not open their mouths for fear of displeasing pro-Moscow voters. Aleksandar Vucic is running for office, armed with other benefits. During his long reign, he tightened his grip on all levels of power, including de facto control over institutions and almost all media. In the months leading up to the campaign, the president also handed out financial aid, leading his critics to say he wanted to “buy” votes. The unofficial results are expected in the evening.