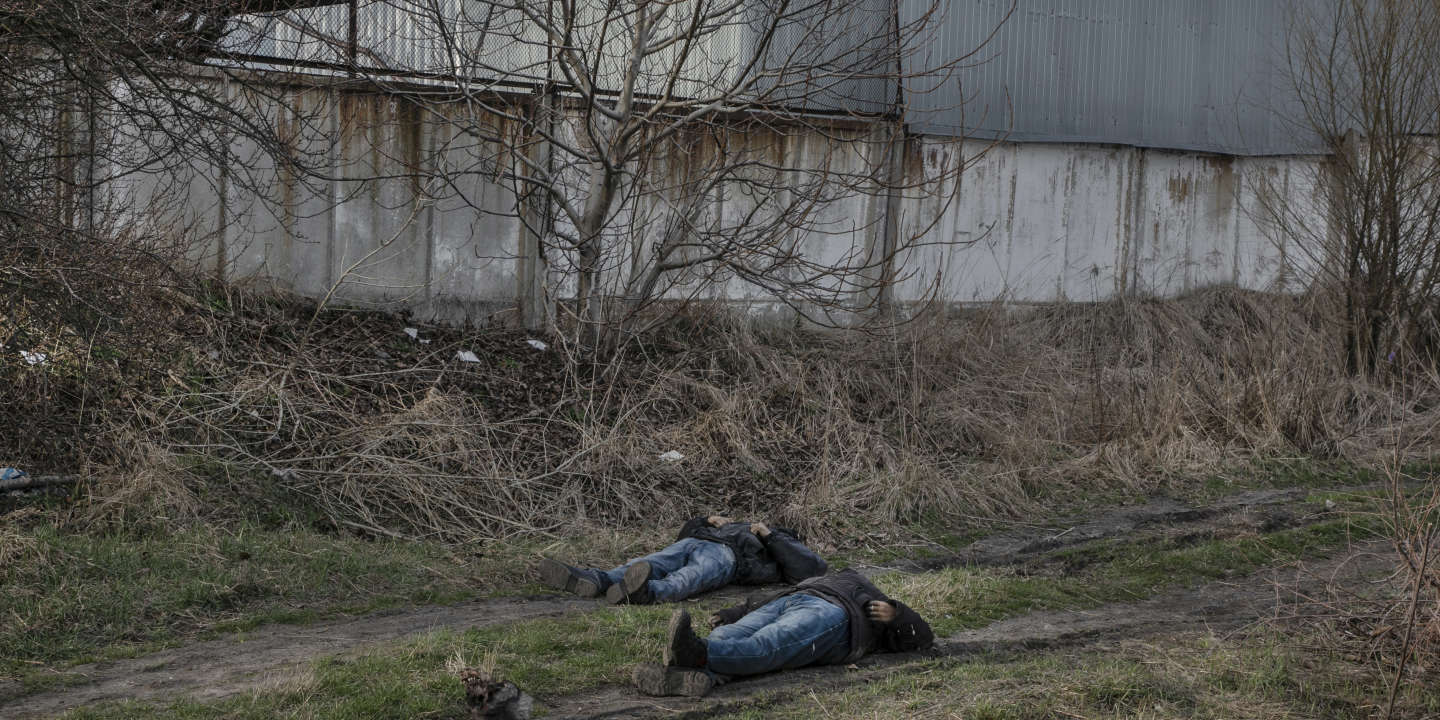 Reserved for our subscribers

ReportA rescuer turned gravedigger, this Ukrainian spent five weeks, until the departure of Russian troops, collecting bodies in this city northwest of Kiev. He claims to have buried himself “about 240” in a mass grave.

Sergueï Matouk’s van is not yet finished with its macabre quest. Behind the windscreen a sign with the inscription “Freight 200”meaning the van is carrying corpses – “Freight 300”is for the injured. Since the departure of the Russian army, Sergei and his two male comrades have been collecting the bodies of the dead in Boucha.

The city in the metropolitan area of ​​Kiev, northwest of the Ukrainian capital, was occupied by the Russian army from February 27, three days after the outbreak of war, at dawn on March 31, when the last soldiers from Moscow went to the moved north. But in the past five days, it has also been the city in the Kiev region where Ukrainian forces have discovered the highest number of civilians killed during the weeks of war.

Read also the editorial of “Le Monde”: Boucha, a turning point in the war in Ukraine

The cities of the northwestern suburbs are ravaged. Irpine, Boutcha, Vorzel or Hostomel were at the heart of the battle for the capture of the Ukrainian capital, which ended with a Russian defeat and an order to withdraw. For five weeks, from the attack on Antonov Airport in Hostomel on the first day of the war, 24 February, to the “liberation” of the region announced by the Ukrainian government on April 2, the fighting was fierce.

The most devastated place is undoubtedly Irpin, which was Ukraine’s first line of defense and which the Moscow army heavily bombed. The Russian troops entered it on several occasions, to the point that they nearly captured it by the end of the first week of the war, before having to retreat each time, in the course of the Ukrainian counter-offensive, towards Boutcha . Near the demarcation line between the two cities, separated by a river, the buildings have been destroyed, gutted, calcined.

Boutcha, for his part, holds the sinister record of deaths for now, according to the Ukrainian government’s first observations. If these dead – or some of them – could in theory, strictly militarily, be victims of the artillery of the Ukrainian armed forces defending Kiev, since Boutcha formed the first Russian line, it turns out that the majority of the victims were murdered by the occupier.

Sergueï Matouk has been ringside since he spent the five weeks of the war retrieving the bodies of the residents of Boutcha. He confirms that he has collected on behalf of the municipal services “about 300 people” overtime. According to the rescuer turned gravedigger, “about 240” of them buried by him in a common grave near the Saint-André church, the fighting did not allow access to the cemeteries. The others were either hastily buried in individual graves dug by the inhabitants themselves or left to their own devices until the end of the conflict. The mayor of Boutcha, Anatoly Fedorouk, for his part confirmed that:“about 280 people were buried in mass graves”†

You have 65.91% of this article left to read. The following is for subscribers only.