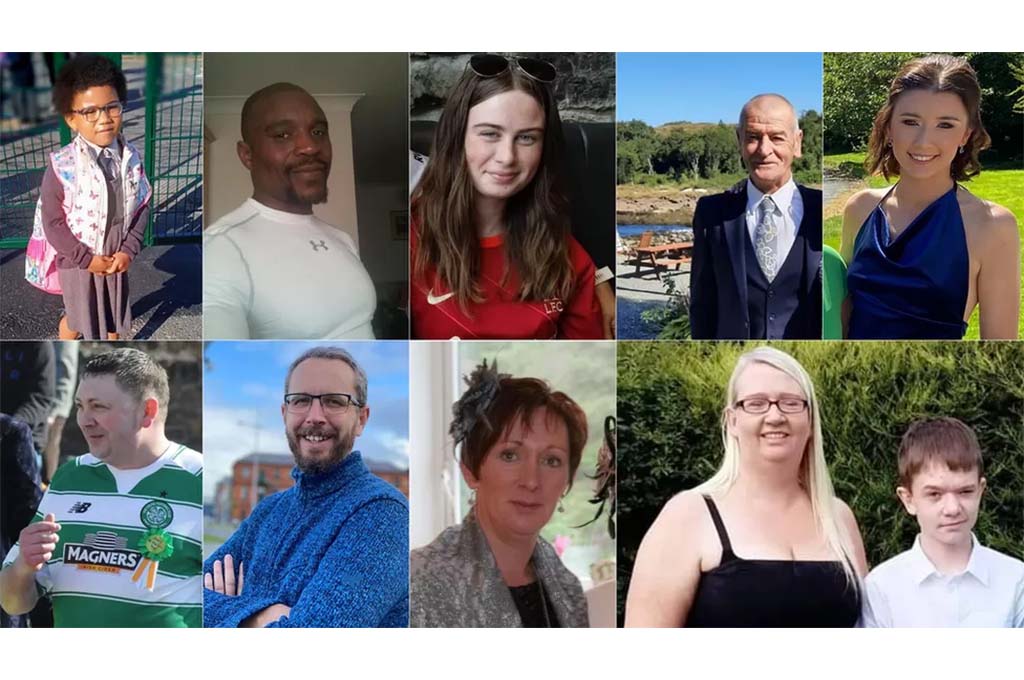 “Shocking and tragic” : Ireland’s prime minister called on Saturday to shed light on the explosion at a gas station that killed ten people, including three children, the day before in a small village in the northwest.

The blast happened at around 3:20pm (2:20pm GMT) in the village of Creeslough on Friday. ‘She had ten victims’, a police official said at a news conference. They are four men, three women, two teenagers (a boy and a girl) and a girl, of primary school age, he explained.

“The information we have at the moment points to a tragic accident”, he said again, seemingly ruling out a voluntary act. But the police love
“an open thought”. “We don’t expect there to be any other victims”, this person in charge added. There is no information on missing persons.

Thinking of everyone affected by the gas explosion at the Applegreen Station pic.twitter.com/jcEx9uGK6H

The rubble was further collected on Saturday morning while a mass was being celebrated at the church of the village destroyed by
“a tsunami of sadness”said Father John Joe Duffy.

“It’s a very dark day for Donegal (the county where Creeslough is located, editor’s note) and for Ireland”a “truly shocking and tragic event”regretted Irish Prime Minister Michael Martin who arrived on the scene in the afternoon. “The magnitude and enormity of what has happened in such a small town means that almost everyone knows someone who has lost their life”he noticed.

The village of Creelough, which lies about fifty kilometers from the border with Northern Ireland, has about 400 inhabitants.

“We need to highlight all of this”he added, thanking the rescuers. “There are a number of deaths and injuries that we no longer want to see happen as people go about their daily lives”.

Agriculture Minister Charlie McConalogue, an elected member of the Irish parliament from the region affected by the blast, compared the devastation caused by the Northern Ireland conflict in the second half of the 20th century. “The scenes of the event are reminiscent in terms of damage and debris to footage from The Troubles years ago”.

For three decades, the conflict in Northern Ireland opposed nationalists, mainly Catholics, in favor of the reunification of the island of Ireland, and Loyalists, mainly Protestants, who were committed to preserving the province under the British crown. This conflict caused about 3,500 deaths.

“Our thoughts and prayers are with the families and friends of those who died, those who were injured and the entire Creeslough community”tweeted the company Applegreen, which owns the gas station hit by the explosion, saying to itself:
“upset”.

Creeslough is a small village and the supermarket and Applegreen outlet run by our local partners there are at the heart of the community. Like the rest of Ireland, we stand in solidarity with that community tonight.
#Kreeslough