Home » the east of the country is preparing for heavy fighting, the population has called for evacuation 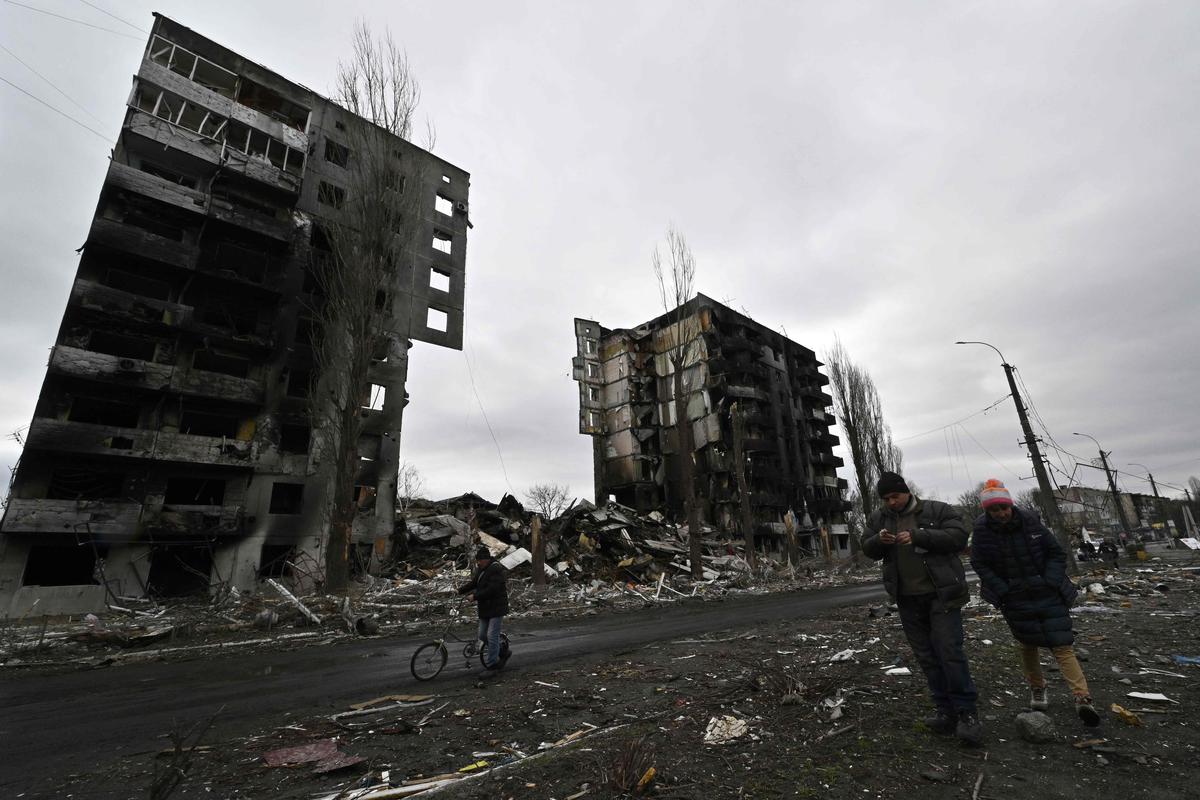 “We have nowhere to go, it’s been like this for days,” a Severodonetsk resident, Volodymyr, lamented Wednesday as he watched a burning building. “I don’t know who this war is for, but we’re covered in bombs there…”

Deputy Prime Minister Iryna Vereshchuk also issued a call from Kiev on Wednesday for residents of the east of the country to evacuate the region “immediately” over fears of a major Russian army offensive on Donbass, of which Russia has now become the main target. You must leave “now” for the next few days on pain of “risking death”. If the Russian army launched a major attack in the region, “we could no longer help the population,” she warned.

At least two buses chartered by the authorities evacuated several dozen people on Wednesday. Pavlo Kirilenko, governor of the Donetsk region still under Ukrainian control, assured on Wednesday that the population had begun to respond to evacuation calls. “They are listening. The road (for the evacuation) is more borrowed,” he said in a video posted to his Facebook page.

The Ukrainian authorities fear a situation in the east of the country comparable to that in Mariupol in the south, where thousands of people are still Blocked for weeks in this besieged and bombed city, live hell. A convoy of seven buses and about 40 private vehicles under the protection of the International Committee of the Red Cross (ICRC) arrived in Zaporozhye from southeastern Ukraine on Wednesday.

“No water, no electricity”

“These people have really been through the worst,” said Lucile Marbeau, ICRC spokesman. “We hear people say they had to leave Mariupol on foot. There, in Mariupol, there is still no food, no water, no electricity.”

“A week ago, conservative estimates put the death toll at 5,000,” Mariupol’s city council wrote on Telegram posts on Wednesday. “But given the size of the city, the catastrophic destruction, the length of the blockade and the fierce resistance, there could be tens of thousands of civilian casualties in Mariupol,” he warned.

Ukrainian President Volodymyr Zelensky accused Russia on Wednesday of blocking humanitarian access to Mariupol in order to hide the “thousands” of victims in the city. “I think one of the main reasons we can’t get humanitarian aid in Mariupol is that until everything is ‘cleaned up’ by the Russian soldiers, they are afraid the world will see what’s going on there,” Zelensky said. in a statement. interview with Turkish television.

Russia charged with ‘war crimes’ after finding dozens of bodies in several places near Kiev, including Butcha, after the withdrawal of Russian troops. “What is happening is nothing short of major war crimes. Responsible countries must unite to hold those responsible accountable,” US President Joe Biden said in Washington on Wednesday, promising to “stifle Russia’s economic development for years.”

The United States on Wednesday announced a new round of economic and financial sanctions against Russia, which they describe as “devastating” and target notably the major banks and the daughters of Russian President Vladimir Putin. According to Washington, Russia could see its economy collapse by about 15% this year.