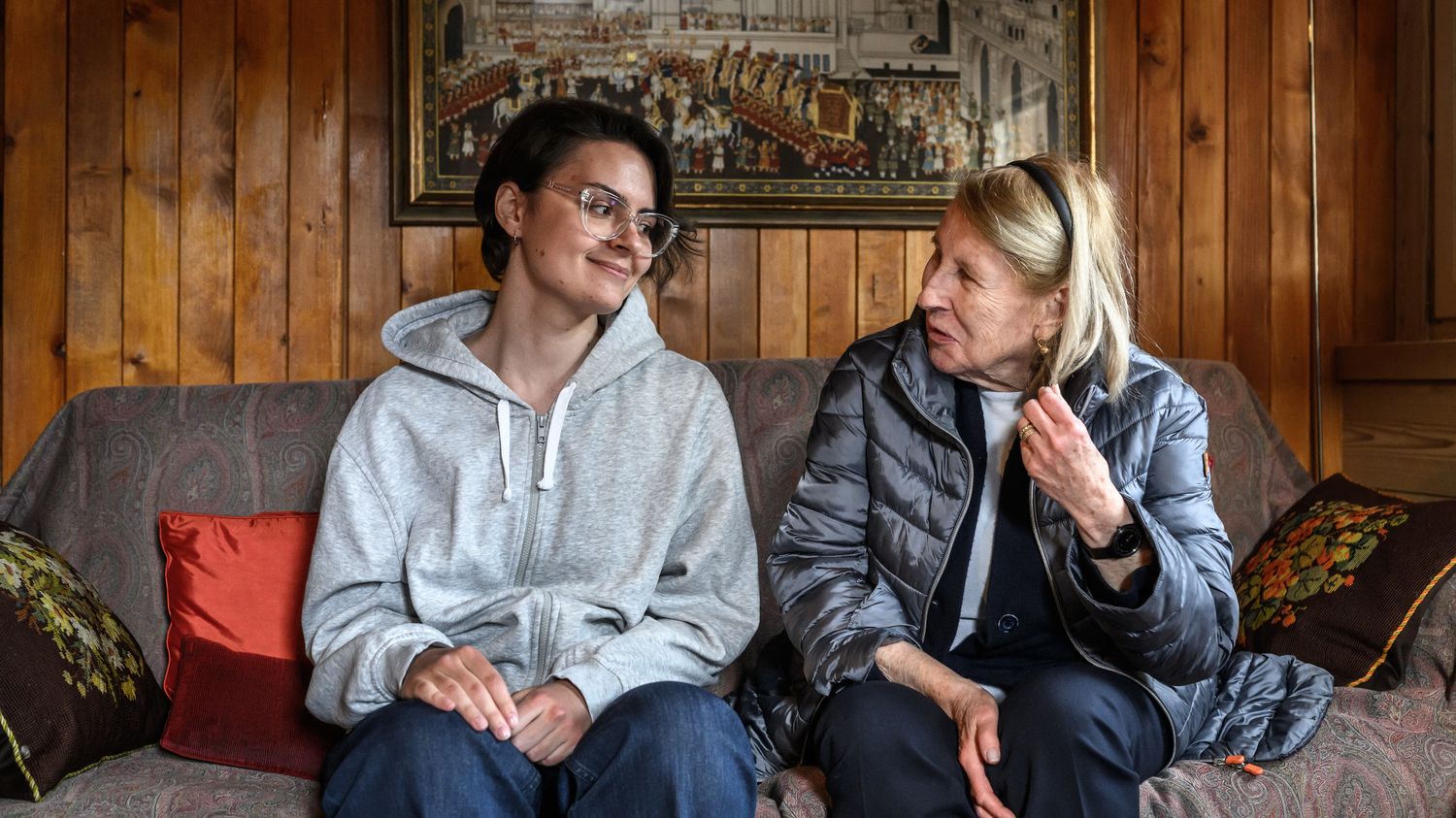 Under the penetrating gaze of Leo Tolstoy, the great-granddaughter of the Russian writer listens intently to the horrors Anastasia Sheludko experienced before fleeing Ukraine for Switzerland.

The invasion of Ukraine by her illustrious ancestor’s homeland was a huge shock, Marta Albertini told AFP, forcing the 84-year-old lady to want to do something. “It was instinctive”confides in the one who lends an apartment to Anastasia Sheludko and her mother in the small mountain village of Lens, not far from the very chic resort of Crans-Montana.

Marta Albertini removed the family photos that lined the chalet walls, but left a large portrait of the author of War and peace and Anna Karenina† He would have thought: “How terrible, where are we at?”, assures Marta Albertini. Tolstoy, who lived through the terrible Crimean War and the siege of Sevastopol in the early 1850s, was a pacifist, she recalls.

Marta Albertini, who last year published a book on the women of the illustrious family, shares her outrage with many members of her extended family and they announced it in a letter to Vladimir Putin. Why ? “Because we are against the horrors that have now been committed, we have invaded an innocent country that only wants to keep its borders,” she explains, even imagining the Russian president “must have looked at (his letters) and tossed them in the trash”. However, it was necessary to make her voice heard, because Europe will never be the same, she believes.

Next to him is young Anastasia, whose world collapsed a few weeks ago. “It’s surreal”she lets go, “Sometimes I feel like I’m dreaming”. The 24-year-old arrived with her mother in the Swiss mountains on March 13, more than a week after fleeing the southern Ukrainian city of Mikolaiv and being heavily shelled by Russian troops. They are among the 23,000 Ukrainians welcomed to Switzerland, of the more than 4.2 million who have fled the country since the Russian invasion on February 24.

And Marta Albertini was there when the two women arrived, along with another family that has since moved. A first meeting full of emotions. Anastasia Sheludko began to rebuild her life. The young woman, gray sweatshirt and glasses, eating her face, goes to the University of Sierre, not far from Lens. She dropped out of translation studies and “Here I am again an upcoming computer specialist”, she said with a laugh.

But it fades quickly when she remembers her life before that “calm and normal”. And then “One morning you wake up and your airport was bombed at 5:00 am and your life will never be the same again”she recalls. She also remembers the ten days she spent in a cellar before taking the road west. And left behind by her older brother and grandparents.

Arriving in Switzerland was a relief and “very friendly, very warm welcome”. “I was lucky enough to have this apartment that allowed me to do it (…) That’s all”simply says the descendant of the eminent writer.