Home » The hope of a quick conquest of Kherson, the great city in the south 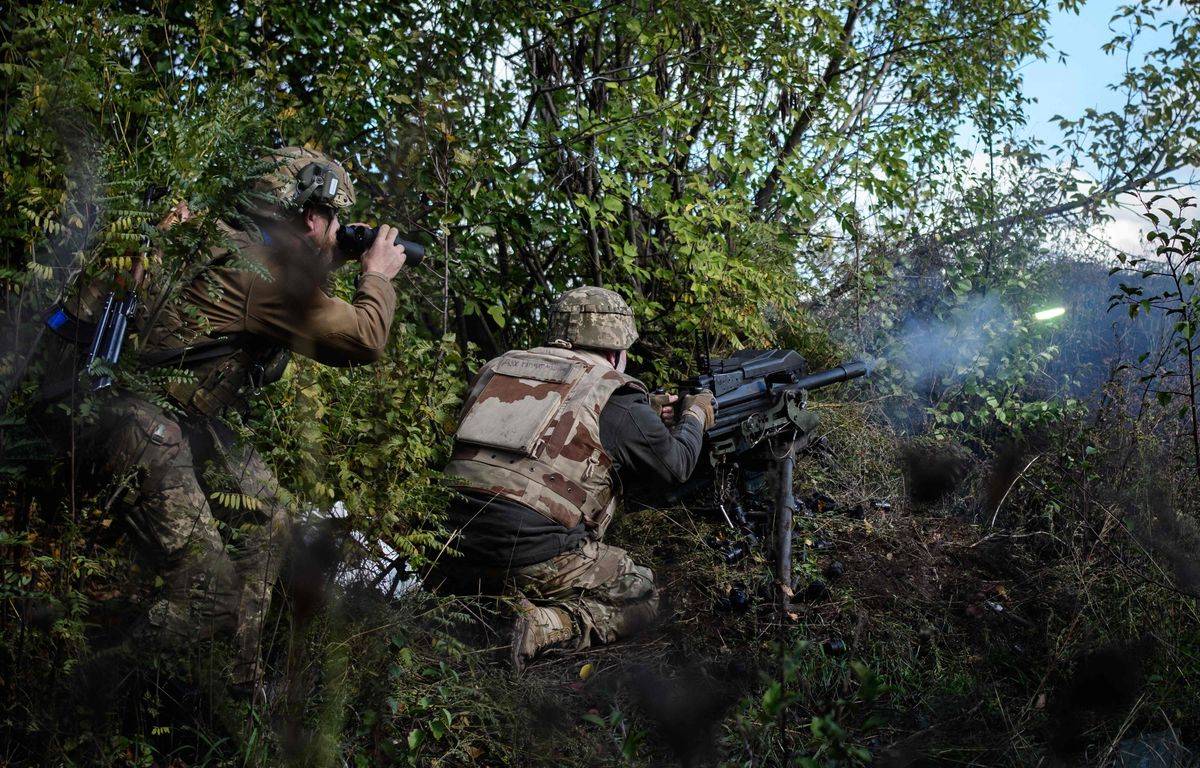 After the sinking of the Northern Front, the hope of a symbolic conquest on the other side of the country. On the southern front, boosted by their recent successes, Ukrainian soldiers want to reach the city of Kherson before Christmas.

A few hundred yards away are three Russian BM-27 Ouragan rocket launchers, as massive as they are devastating, little more than skeletons of steel. The trees under which the “Hurricanes” were hidden in vain burned down. A week after their destruction, the air still smells of fire. In the tubes of one of the BM-27s, a giant eight-wheeled machine that came into service under the Soviet Union, some of the missiles did not explode.

“They were reloading when we hit them,” a Ukrainian soldier rejoices. In another of these devices, a food box still offers canned “Baltic fish”. A frying pan escaped the flames.

The Russians left equipment behind during their flight

A little further on is the carcass of a truck whose Russian license plate has been thrown into the grass. But the payload, which is right next to it, is intact: a dozen hurricane missiles, of which 280 kg of explosives cause extensive damage and which the Ukrainian army is missing. “They will soon be loaded and transported to ours,” the soldier says.

Near this precious “trophy” snatched from the Russians lie empty powder kegs of pell-mell. Others, full, have already been returned to units serving nearby.

The Russians say they staged their withdrawal. But if we organize his departure, we won’t leave his weapons, his underpants or his pillows,’ laughs ‘Doc’, a rescuer.

“The enemy is gloomy and flees. The second army in the world is afraid of the 22nd” breastplate “Kappa” (mouthguard), commander of an artillery unit. “We still have to increase our speed, instead of decreasing it, to push them across the river,” he continues; the Ukrainians had moved west of the Dnieper when the Russians still had a firm grip on the eastern part.

A new line of defense to avert the Ukrainian attacks

The maneuver does not seem obvious, however, as positions have been frozen in recent days. The Moscow troops regrouped behind a new defense line, which they strongly fortified and even fortified. Many Russian soldiers have also been brought in as reinforcements.

When the Ukrainians raided their enemy in the north of the Kherson region in early October, it was mainly because they were “in numerical superiority”, as the Russian military density was very low in these agricultural plains punctuated by a few villages, explains George Barros .

But behind the new front, the Russian lines “will tighten”that will facilitate their defense and complicate the Ukrainian advance, adds the analyst from the American Institute for the Study of War (ISW).

Placing “one-sixth of Russia’s total armed forces”, or even more, “and one of the best”, in the southwest of the Kherson region is “extremely dangerous”, notes French military expert, Michel Goya.

The critical problem of inventories

“The position is paradoxically solid, but also fragile, as it can explode under pressure,” which he said would be “disaster, perhaps decisive, for the fate of the Russian expeditionary force in Ukraine”.

Natalia Goumenyuk, spokeswoman for the Ukrainian army in the south, bets that the soldiers in Moscow are “only looking for surrender”, but also that “their logistics routes have been significantly damaged”.

For months, Kiev forces have been bombing enemy ammunition warehouses, as well as the infrastructure enabling Moscow to supply its troops.. The Crimean Bridge, which, according to Natalia Goumenyuk, provided 75% of the supply [militaire] of the Kherson region » was thus partially destroyed on Saturday in an attack unclaimed by Kiev.

“The Russians have already lost the war”

“The Russians don’t have any supply problems yet,” French expert Pierre Grasser waves away. If the situation were “critical”, they would move to “many more air deliveries, he judges. Kherson is the long-term goal, but it cannot be achieved before winter, including winter”.

What will become of Kherson now? Storming the city would mean heavy casualties and intense destruction on both sides.

If Pierre Grasser envisions a “barter” between Kiev and Moscow, the former will in the spring withdraw their claims to the Donbass in exchange for a city of Kherson that came back “in good shape”, George Barros only envisions a total Ukrainian victory. “The Russians have already lost the war,” he said.