Home » The UK, this country that refuses to launch an energy sobriety plan to get through the winter 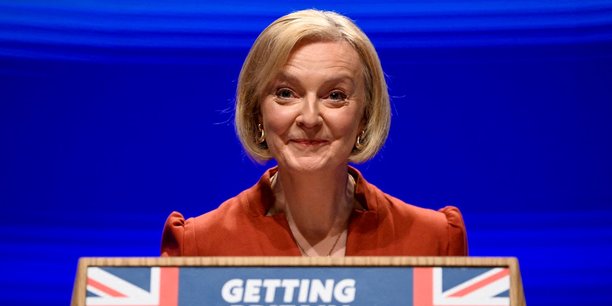 The British are not going to do anything like the others. While continental Europe only has the word “sobriety” on the lips, starting with the French executive, the government of Liz Truss does not have a household energy reduction plan. However, the country’s energy situation promises to be just as tense as that of the Old Continent, if not more so.

A report published Thursday by National Grid, the UK’s electricity grid operator, shows that the extreme scenario of lack of imported gas and partial power cuts was considered. This Friday, many newspapers British companies used the National Grid predictions and posted A the risk of ” black out (or total power failure).

“Everything will be fine” this winter, according to the State Secretary for Climate

Government members express their optimism for this winter. “We think we have a varied and strong offer in all the most likely scenarios, everything will be fine, but we are preparing for everything”, the Secretary of State for Climate Graham Stuart justified this Friday on Sky News. The manager “don’t send (the) message” the British to use less energy, which would only have an effect on the household budget, but not on the country’s energy situation.

Secretary of State rejects idea of ​​energy rationing and does not count “don’t ask people to disconnect things (…) if it makes no difference to our energy security”he explained. “There are good reasons why people prefer a shower to a bath because it can lower their bills (…) but it has no impact on our energy security”.

Behind the scenes, recklessness doesn’t seem real in Downing Street. The English press is repeating the information that an energy-saving campaign was indeed set up, but Prime Minister Liz Truss eventually gave up on its implementation. In a logic of erasing the role of the state, inspired by the liberal and conservative currents from which Liz Truss comes, the prime minister says she refuses to act in “Nanny State”.

Two-thirds of homes at risk of “energy poverty”

“We are in good shape compared to our other European neighbours. We are not dependent on Russian gas. Almost half of our gas consumption is produced in the UK”even welcomed Graham Stuart on Sky News… before admitting it “This winter is more risky than previous winters.”

Aside from the supply problem, the UK is being hit by rising energy prices, which are unsustainable for most households without state support. Liz Truss, despite her apparent reluctance to involve public power, has put together a massive plan to cut Britain’s energy bills on a slate of nearly £60bn (around £70bn). These accounts are capped at £2500 per year. Energy costs for companies will be halved for approximately six months. The University of York estimates that without this help, two-thirds of British households would be fuel deprived this winter.