Home » The United States Is Trying To Force Russia To Default 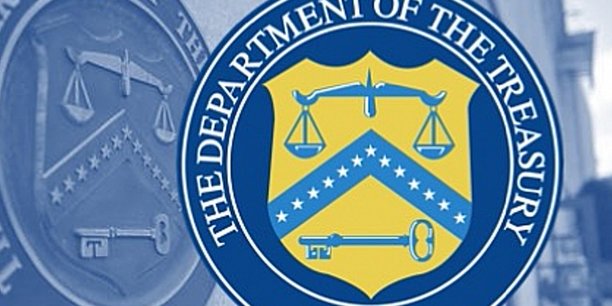 As the European Union prepares for an embargo on Russian coal, the United States is maneuvering to put Russia in default. According to a spokesperson for the US Treasury Department, Russia must “choosing between draining the remaining dollar reserves or using new incoming revenue, or defaulting”† Indeed, as of Tuesday, the United States no longer allows Russia to repay its debts with dollars held in American banks. Until now, JP Morgan Bank had been designated as Russia’s correspondent bank for processing coupon payments.

A decision that comes as Russia has to meet a new deadline for private debt amounting to $552 million next Tuesday. The Russian government would also refund an $84 million coupon on Monday, according to Reuters news agency. What he couldn’t. Please note that there is a 30 day grace period before the late payment is formally pronounced by the rating agencies. The latter have already warned of a default “threatening” from Russia.

According to Reuters, Russian bonds abroad represent an outstanding amount of $40 billion, which is relatively small given the size of the country.

The measure may seem technical, but the idea is to further exhaust Russia’s resources to avoid spending them on financing its war in Ukraine. On March 24, the leaders of the G7 countries and the European Union had already unprecedented new measures, and probably not foreseen by Russia, intended to prevent the Russian Central Bank from using its international reserves, including gold, to support the ruble or finance the war. Since the invasion of Ukraine, Russia is the country that has experienced the highest number of sanctions in the recent past. Russia’s central bank said last week its reserves had shrunk nearly $40 billion in a month, to $604 billion on March 25.

“Of the more than 700 sanctions we imposed, one of the most forceful actions was our sanctions against the Central Bank of Russia,” points to the US Treasury Department. Earlier, Western sanctions had frozen the portion of Russia’s reserves abroad, about $300 billion.

These sanctions raise fears that Moscow will no longer be able to repay and is therefore threatened with default. And that is the goal, even if the costs are borne by international investors. But default, especially on debt denominated in foreign currencies, jeopardizes an issuer’s return to the markets for many years. Even in 1998, during the Russian crisis, only ruble-denominated debts were defaulted.

Payment for Russian gas in rubles? In retaliation, Brussels is studying new sanctions against Russia