Home » the war in Ukraine, the thorn in the side of Viktor Orban on the eve of the parliamentary elections 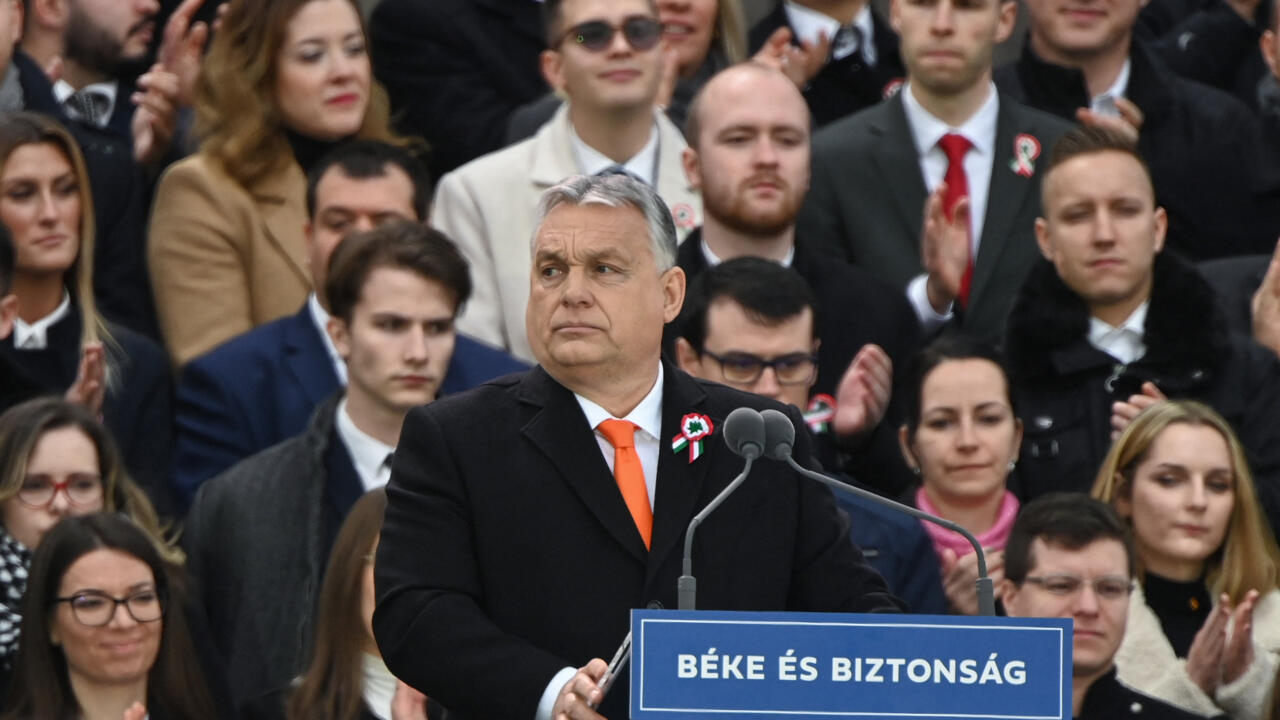 Hungarians will go to the polls in the parliamentary elections on Sunday. If outgoing ultra-conservative Prime Minister Viktor Orban wants to be re-elected for a fourth consecutive term, he has had to deal with a new factor in recent weeks: the war in Ukraine, which has completely disrupted the election campaign.

“Putin or Europe?” is on posters on the streets of Budapest. in Hungary, the war in Ukraine was invited as the flagship campaign for the April 3 general election. While the ultra-conservative prime minister, Victor Orban, wants to win a fourth consecutive term, the opposition continues to criticize its proximity to Moscow. A few days before the elections, domestic political issues have become inaudible and the mood resembles a referendum between openness to the East and reconciliation with the European Union.

Before the outbreak of the war in Ukraine, the election campaign was mainly dominated by social issues: Viktor Orban’s party, Fidesz, advocated ‘traditional values’ and the fight against ‘LGBT propaganda'”, explains to France 24 Daniel Hegedus, political scientist, specialist in the countries of Eastern Europe within the German Marshall Fund foundation. Parliamentary elections on Sunday will also be accompanied by a referendum on a bill to “prohibit the representation and promotion of homosexuality and trans-identity among minors”.

The opposition for its part, led by curator Peter Marki-Zay, “mainly aimed at the fight against corruption,” continues the political scientist. Indeed, in the early months of the campaign, the stated aim of this unprecedented bloc, which includes six parties spanning the entire political spectrum, was to overthrow “the most corrupt government in a thousand years of Magyar history”.

But since February 24, these themes have been relegated to the background, overshadowed by the Russian invasion of Ukraine, the influx of refugees arriving in Hungary and global geopolitical upheavals.

Since his return to power in 2010, Viktor Orban has continued to strengthen his economic and political ties with the Kremlin, recalls France 24 Paul Gradvohl, historian specializing in Eastern Europe at the Panthéon-Sorbonne University. “Today this is the main argument of the opposition, which is indicting a head of state ‘to the boot’ of Putin.”

“Orban and Putin, or the West and Europe – this is what this election is all about. A choice between the dark side or the good side of history,” Péter Márki-Zay summed up in a social media post.

Faced with this internal criticism and in order to protect his image internationally, the Hungarian Prime Minister plays a tightrope walker. He who is on the 1 . was still received with great fanfare in Moscower last February did not hesitate to condemn the war in Ukraine and support Western sanctions against the Kremlin. Even more surprisingly, he recently accepted the deployment of NATO troops on part of its territory.

Known for its anti-immigrant policies, it also surprised by adopting a hospitable policy on its borders. His country has hosted more than 130,000 refugees from Ukraine since February 24, according to the United Nations High Commissioner for Refugees.

But, on the other hand, it is impossible for Budapest to alienate Russia by agreeing to supply arms to Ukraine or allow it to pass through its territory. Despite the sanctions, it is also out of the question to do without Russian gas. “The country is completely dependent on Moscow for energy,” explains Pierre Gradvohl. And to remember: “In addition to its dependence on gas, in 2014 Hungary entrusted Russia with the development of two nuclear power plants (the Paks complex) on its territory.”

“The Russians guarantee 80% of our country’s gas supply. If we turn off the tap, we won’t be able to cook or heat ourselves. And without the expansion of the Paks complex, electricity prices would quadruple,” the start argued. March the pro-government newspaper Magyar Nemzet.

“The choice for peace and security”

Specifically, Orban is faithful to his position as an ultra-nationalist and defends a position in which he favors above all interests of his country,” Pierre Gradvohl summarizes. “And conversely, he portrays the opposition as willing to put outside interests above national interests.”

Thus, at an important rally organized on March 15, the Hungarian National Day, Viktor Orban presented himself before a crowd of supporters as the “peace candidate” against an opposition “that has lost its mind”. , “ready to engage in a cruel and bloody war”. “The right is the camp of peace, the left is that of war,” he said.

At the same time, the opposition leader on the other side of the Danube organized a counter-action. The crowd waved Ukrainian and European flags and observed a minute’s silence in honor of the victims of war. Peter Marki-Zay called for a vote “for the good side of history”, and pledged to reconcile Hungary and the European Union, whose relations have been damaged by ten years of Fidesz rule†

Pro-Putin propaganda in the service of Orban

“In these arguments, Orban has a major advantage over the opposition: he can count on his grip on the media to deliver his speech,” continues Pierre Gradvohl. Since coming to power, Prime Minister has indeed locked the media landscapesilencing many opposition newspapers and exerting strict control over the state media.

“In most public and private media, pro-Russian propaganda is in full swing, using rhetoric close to that of the Kremlin,” the historian notes. “And of course we are passing on Orban’s word far more than the opposition’s.”

Last example: Friday, March 25, Ukrainian President Volodymyr Zelensky directly challenged Viktor Orban in a message to EU leaders, calling on him to “take sides”. “The next day, public television gave the prime minister ten minutes to justify himself, without opposition from the opposition,” said the historian.

Will this propaganda and neutrality shown be enough for Orban to secure Sunday’s victory against an opposition more united than ever? According to a study by the pro-government institute Nézopontpublished on March 21, Orban would get 49% of the voting intentions, against 41% for his rival – a number of supporters in the ruling party that has increased since the start of the conflict.

“The mood is still uncertain and in this highly polarized society everything will be played on the undecided”, Daniel Hegedus and Pierre Gradvohl agree. “It is certainly beneficial for Orban to present himself as a guarantor of peace. It allows him to reassure part of the population,” notes Daniel Hegedus. “And the war in Ukraine distracts from possible conflicts with the European Union and internal economic problems…”

“In general, this vote already looked like a referendum for or against Orban. It will also be a referendum on the direction the country should take, between the European Union and Russia,” he concludes.

“War or not, the system, especially through its administrative division, is favorable to Orban,” Pierre Gradvohl nuances for his part. “Whatever the outcome of the vote, in my opinion the war in Ukraine has nevertheless begun to shake the Orban system by creating awareness among the population. We will now see how far this will go.”