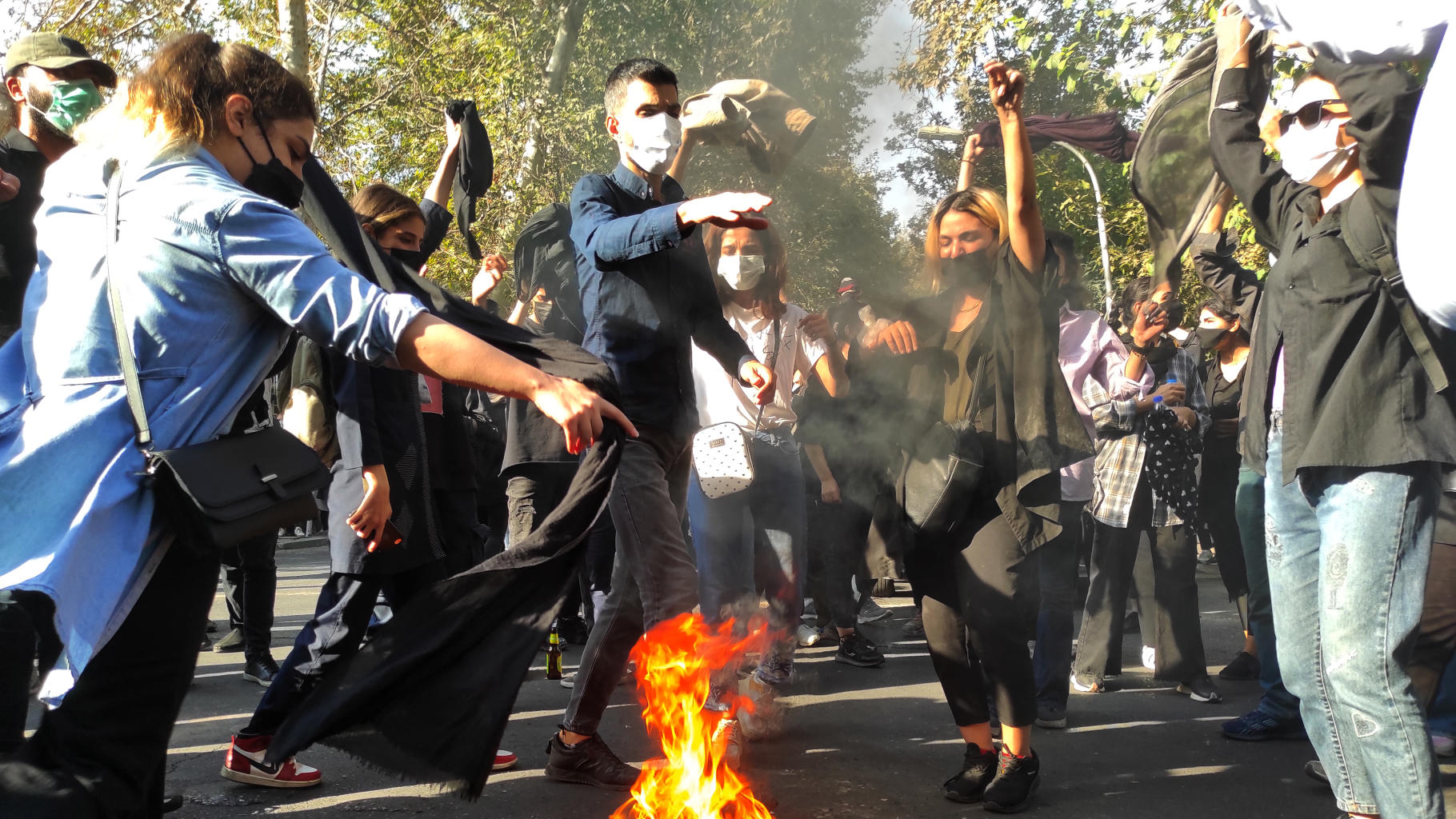 Iranian authorities released a report acquitting the vice squad of any responsibility in the death of Mahsa Amini (photo taken October 1 during a demonstration in Tehran).

IRAN – It is very unlikely that this will appease the discontent of the population in Iran. This Friday, October 7, the Iranian authorities confirmed that the death of the young Mahsa Amini was not caused by to succeed » but due to the consequences of an illness, three weeks later the start of the demonstrations caused by the death of the young woman during his detention.

As a reminder, Mahsa Amini, a 22-year-old Iranian Kurd, was arrested on September 13 by the vice squad in Tehran for not respecting the strict dress code for women in Iran. Soon, activists claimed that she suffered a head injury during her detention. Authorities have denied any physical contact between the police and the young woman and are awaiting the results of the investigation.

Regardless, the death sparked protests in the country, with Iranian women at the forefront, as well as solidarity rallies around the world and widespread condemnation of the crackdown on popular protest.

A young woman in perfect health “, according to his father

The demonstrationswhich are since then the largest in Iran that of 2019 against rising gasoline prices, were brutally suppressed. At least 92 people have been killed since Sept. 16, according to a latest report by the Oslo-based NGO Iran Human Rights, while an official report has reported about 60 deaths, including 12 members of the security forces.

” Mahsa Amini’s death was not caused by blows to the head and vital organs ” but is related to “ surgery for a brain tumor at age eight according to a report by the Iranian Forensic Organization. A version already denied by the young woman’s father, Amjad Amini, who said her daughter used to be ” in perfect health “.

” On September 13 (Mahsa Amini) suddenly lost consciousness and collapsed (…). She suffered from a heart rhythm disorder and a drop in blood pressure added the state television report. ” Despite her transfer to the hospital and the efforts of medical staff, she died on September 16 of multiple organ failure caused by cerebral hypoxia. said the same source.

The crackdown on protests has been denounced by the international community and some countries have imposed sanctions.

The United States on Thursday announced economic sanctions against seven senior Iranian officials for their role in the crackdown. Interior Minister Ahmad Vahidi, key instrument of the regime in repression », and that of Communication Issa Zarépour, « responsible for the shameful attempt to block the internet are among the sanctioned, according to a statement from the Ministry of Finance. Washington had already announced a salvo of sanctions on September 22 against Iran’s vice squad and several security officials.

In Iran, the strict dress code of the Islamic Republic in particular obliges women to wear the Islamic veil. And since the death of Mahsa Amini, women have been at the forefront of protests in Iran, as seen in several videos circulating online. In recent days, schoolgirls in various regions have even staged demonstrations removing their veils or shouting slogans against the regime.

Several other dead set the powder on fire

In a video verified by AFP, young girls chant, their heads revealed, “ Death to the dictator referring to Supreme Leader Ali Khamenei, Monday at a Karaj school in western Tehran. Iranian Attorney General Mohammad Jafar Montazeri acknowledged that young people were involved in the protests and denounced the influence of social networks.

This Thursday, October 6, Iranian justice also denied that a 16-year-old girl, Sarina Ismaïlzadeh, in the country’s northwestern Alborz province, had been killed by security forces during the protests, confirming that she had ” suicide by jumping off a building On September 30, Amnesty International claimed that the girl ” died after being badly beaten on the head with a baton on Sept 23.

On Wednesday, Iranian justice denied any connection between the death of another 16-year-old girl, Nika Shakarami, and the protests in Iran. In a video released by foreign-based Persian media, the mother of Nika Shakarami accused the authorities of killing his daughter.

Since the start of the protest, the regime has arrested notorious supporters of the movement and imposed strict restrictions on access to social networks. Iran has also repeatedly accused outside forces of fueling the protests, including the United States, its sworn enemy.

See also on the HuffPost: