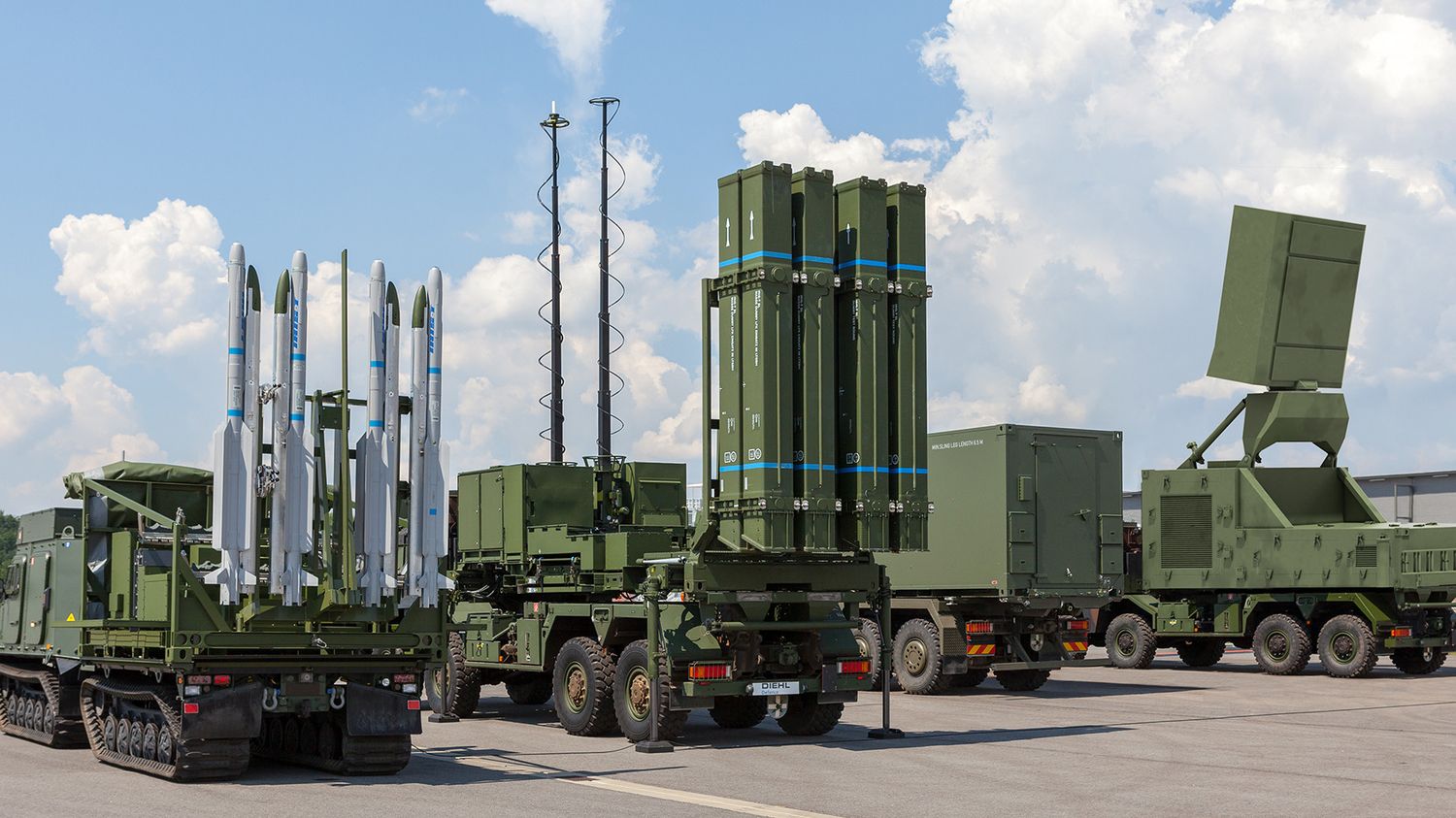 “This is just the beginning.” Ukraine announced on Tuesday, October 11 that it had received an anti-aircraft defense system supplied by Germany. Three more are expected in 2023. “A new era of air defense has begun”Ukrainian Defense Minister Oleksii Reznikov said enthusiastically, recalling that US deliveries of another model were also on their way to Kiev.

“Air defense is currently the number one priority of our defense cooperation”Ukrainian President Volodymyr Zelensky said Monday. Franceinfo deciphers the challenge of these equipment stocks.

According to German Chancellor Olaf Scholz, the Berlin-driven Iris-T SLM surface-to-air system can protect a major city from air strikes. It acts as a 360° shield, thanks to a range of missiles that can travel 40 kilometers and neutralize enemy threats up to 20 kilometers high. First tested in 2014, “this antenna system is one of the most modern on the market” present “the first modern medium-range anti-aircraft defense system received by the Ukrainians”, underlines the specialized site Sky Cosmos.

The surface-to-air missile systems promised by the United States are Nasams. This equipment, consisting of a radar, launchers and missiles, makes it possible to: “spot, target and destroy” airplanes, drones and cruise missiles, according to one of the designers, the American company Raytheon. Twelve countries already have Nasams, including Spain and the Netherlands. these systems “Protect Washington [la capitale fédérale américaine] continuously since 2005″shows off the other designer, the Norwegian Kongsberg. Two deliveries are expected in Kiev in the coming weeks and six more in the longer term.

Several months of training required to master this equipment

Ukrainians have “an urgent need” anti-aircraft fire to counter indiscriminate bombing raids by Russia, NATO Secretary General Jens Stoltenberg said on Wednesday, two days after massive attacks on several Ukrainian cities. During these bombings, Kiev said about 30 rockets landed and about 50 others were intercepted.

Until now, Ukraine has depended on an arsenal inherited from the Soviet years. “Coping with the Russian Air Force for the first few months, that was more than enough”, analyzes for franceinfo the researcher Pierre Grasser, specialist in questions related to Russian defense. But after eight months of conflict, “this stock is almost exhausted”. Hence the importance of supplying new equipment and training the Ukrainian army in it, as is the case “currently in Spain”.

Twelve weeks of training is required for the Iris-Ts, according to Nicholas Fiorenza, an analyst at the private British research center Janes, who “See them make a difference next spring”. Until then, the pressure on Western arms industries will not abate, which have long relegated anti-aircraft defenses to the background, useless in the fight against terrorism in the Iraqi-Syrian zone, in Afghanistan or even in the Sahel.

Ukraine remains vulnerable in the air despite strong defenses

Since the beginning of the invasion of Ukraine, Russia has made little use of its air force. The Ukrainian lines were flown for the first weeks, with “a certain number of keystrokes”but also “significant losses” material, Pierre Grasser recalls. Since then, longer-range strikes have been preferred. “There is clearly a lack of availability in this Russian aviation, problems with spare parts”, says General Jean-Paul Paloméros, former chief of the French Air Force. Not to mention a lack of“trained men”adds Pierre Grasser.

However, Monday’s bombings served as a reminder of Ukraine’s fragility in the air. The following suppliesIris-T and Nasams are not enough. ‘Ukrainians need more’warns the head of NATO. “They need different types of air defense: short-range, long-range, anti-ballistic missile systems, cruise missiles, drones. Different systems for different tasks”details Jens Stoltenberg.

In the field, “Air defense must overlap and the different weapon systems support each other”confirms Gustav Gressel, expert of the European Council on International Relations. “There is no panacea in weapon systems, as long as the targets have different speeds, distances, heights and dates.” In other words, no anti-aircraft shield is completely watertight, especially against cruise missiles. These systems, expensive and imperfect, are no less essential, if only to sustain the morale of the population.