Home » Ukraine: The Mysterious Journey of the Pregnant Mariupol Influencer Reappeared in a Pro-Russian Video 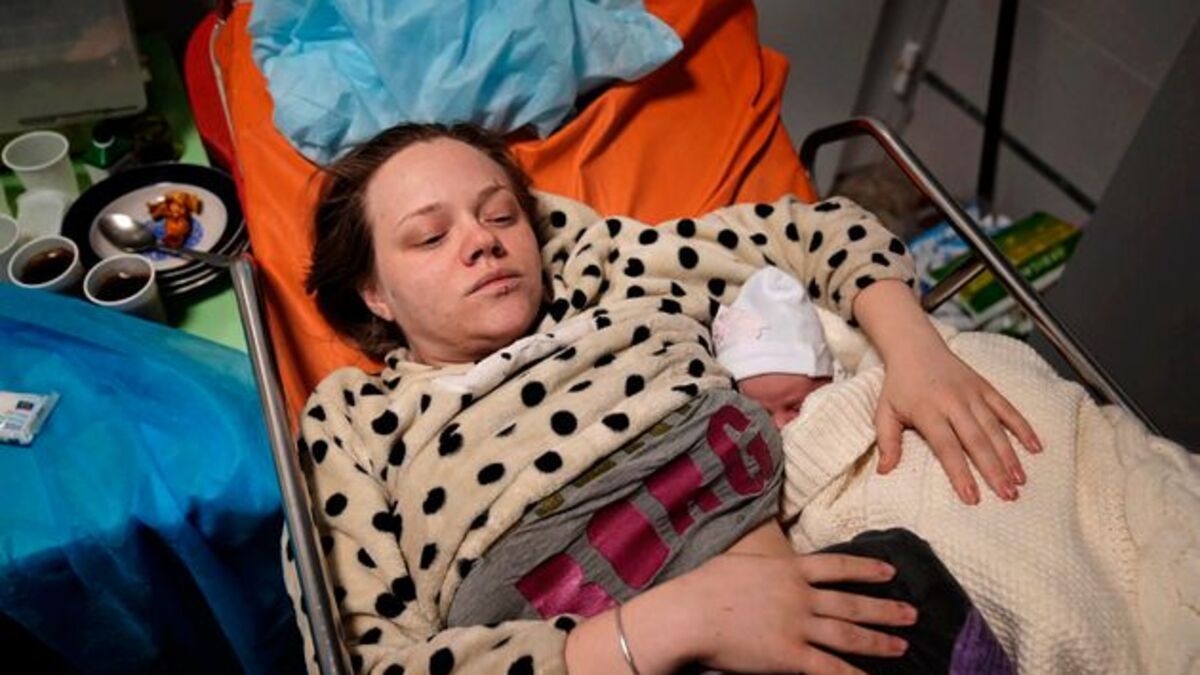 The information war continues between Ukraine and Russia, more than a month after the start of the fighting† And the Kremlin, historical experience in propaganda, does not hesitate to use the faces of conflict to cast doubt on social networks. Saturday, April 2, Marianna Vishegirskaya, a 29-year-old Ukrainian influencer known to have been photographed in the bombed-out maternity hospital in Mariupol and the target of Russian disinformationappeared in an interview broadcast by a pro-Russian channel in which she ambiguously supports Moscow’s story that the famous maternity hospital was deliberately bombed by the Ukrainian army.

#Ukraine Testimony broadcast by Russian TV of the young woman photographed during the bombing of the maternity ward of #mariupol
She was kidnapped during the evacuation of civilians from the besieged city and is somewhere in Russia, testifying under apparent coercion https://t.co/SjKA7OWZp7

Fashion influencer Marianna Vishegirskaya has been at the center of Russian propaganda rhetoric following the March 9 bombing of the Mariupol Children’s Hospital. A brutal snapshot, taken by a photojournalist in the field, then goes around the world: We see a young pregnant woman with her bloody belly, her eyes haggard and her complexion pale, painfully transported on a stretcher by rescuers in the middle of the rubble . The young woman, who had shattered her pelvis in the explosion, and her baby were pronounced dead less than a week later by the Associated Press.

For Russia “the air strike is a staged provocation”

Russia then denounces, through its embassies, a “ staging of Ukrainian “nationalists” and confirms in a “press kit” that the deceased woman is none other than Marianna Vishegirskaya, who, according to the Kremlin, was hired to play several pregnant women and stir emotions on the international stage. However, examining the different stereotypes and from a video made by Associated Press at the children’s hospital clearly shows two different women, including the influencer, also injured, proving that Moscow’s story doesn’t make sense. Since then, Kremlin spokesman Igor Konashenkov has not flinched: “The alleged airstrike is a staged provocation… which may mislead the Western public, but not an expert. †

After disappearing from the radar for almost three weeks, the influencer finally reappeared in an interview posted on YouTube by a pro-Russian blogger named Denis Seleznev and filmed by Kristina Melnikova, titled “Interview with a girl from Mariupol maternity hospital: the truth about the army, the explosion and the journalists of the Associated Press”. If it is impossible to geolocate the young woman, it is possible that she is one of the 15,000 inhabitants of Mariupol who were forcibly “deported” to Russia or to the separatist regions of Lugansk and Donetsk. according to the Ukrainian authoritiesrequesting the intervention of the International Committee of the Red Cross (ICRC) to obtain the names of these people.

Bombing victims at the heart of Russian propaganda

In the 25-minute video, the influencer – who has since given birth to a granddaughter – hints that the Russian version of the pregnancy bombing would be correct. “People said it wasn’t an airstrike and we couldn’t hear it either, so it was confirmation,” she said. “People said it was a missile,” she said again, echoing the Russian story that Ukrainian troops fired a laser-guided missile from a nearby building they were hiding in.

For the entire duration of the video, the lost-looking young woman avoids looking at the camera lens. As she recalls the moment she was photographed by the Associated Press, she seems to be holding back tears: “I looked at him (the AP photographer) and I saw that he had something in his hands and he was filming. I asked her not to film because I wasn’t ready and didn’t want to be seen. Before concluding by addressing Ukrainian President Volodymyr Zelensky directly: “Please, you should do everything possible during the negotiations to find a “to find compromise. It is unbearable to see.”

In 2017, Russian and Syrian propaganda media ramped up the denial of Omar Daqneesh and his family. The photo of the boy with a bloody face from a bombing in Aleppo had shocked the planet, as did the young pregnant woman from Mariupol. https://t.co/KB30UfUdhx

While there is no certainty that Marianna Vishegirskaya was kidnapped by Russian troops or that she is speaking under duress, it wouldn’t be the first time Russia has used videos of people who survived their bombings for propaganda purposes. In 2016, a young Syrian sparked emotion around the world after surviving a Russian bombing raid in Syria, in the city of Aleppo, then the scene of fighting between rebels and the regime of Bashar al-Assad, backed by Moscow. The young boy reappeared on Russian and Syrian television channels a few months later, smiling and happy, while his father, who remained in the city of Aleppo, then under the full control of the Syrian regime, attempts to crush the opposition to the Syrian dictator. manipulated. †