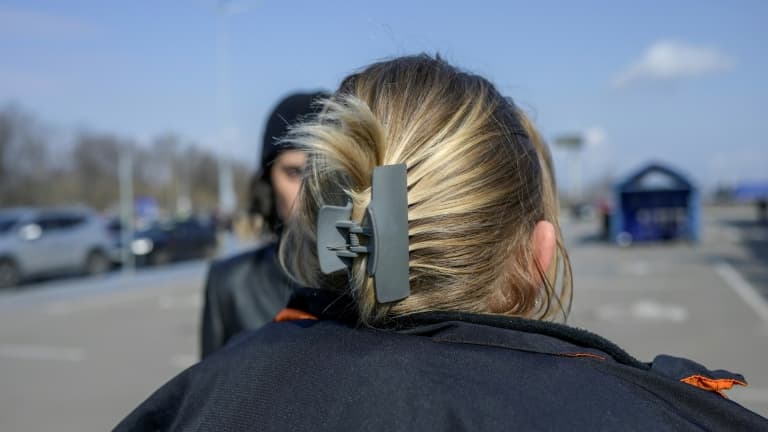 Several human rights organizations denounce the use of rape as a weapon of war in Ukraine.

Elena* (first name has been changed) is located at Zaporozhye, this Ukrainian city to which thousands of refugees from the south and east of the country are flocking, ravaged by the fighting. The young blond woman also left her home in the Kherson region on the first day of the Russian offensive. She is waiting for a bus to take her to Vinnytsjafurther west, where her four children are.

Without showing her face and with her voice often overwhelmed with emotion, Elena decided to testify. She says she was raped for 13 hours by two Russian soldiers after being identified by residents as the wife of a Ukrainian soldier. Her husband has been fighting pro-Russian separatists in the Donbass region for two years.

“I went to a supermarket around 3pm. While I was queuing, Russian soldiers came in and started chatting with customers,” she says. Suddenly, the young Ukrainian sees being pointed at her and says “it’s a banderovka”, a reference to Ukrainian ultra-nationalist leader Stepan Bandera, who collaborated with Nazi Germany against the Soviet Union.

“It is because of people like her that this war broke out, she is a soldier’s wife,” she then hears. She says she is in a hurry to get back to her accommodation, but two Russian soldiers follow her.

“I barely had time to go in, the two Russian soldiers came in through the door behind me. I didn’t have time to grab my phone to call for help, or to do anything,” Elena continues.

“Without a word they pushed me on the bed, crushed me with a submachine gun and stripped me off,” said the young woman, bursting into tears.

Elena then tells that the two soldiers raped her for almost thirteen hours. “They hardly spoke, except sometimes to call me ‘banderovka’ or say ‘your turn’ to each other,” she explains emotionally. The young woman did not speak to anyone, not even a doctor or psychologist, much less her family. “I’m a midwife, I gave first aid myself,” she explains.

“It disgusts me. I don’t want to live anymore,” said the young mother.

Rape as a weapon of war

“I am sure that Ukraine will take these areas back from the Russian soldiers and that ours will take revenge on them,” Elena concludes. Although several human rights groups fear the use of rape as a weapon of war in Ukraine, it is difficult to gather evidence to get justice later.

“Hundreds, even thousands, of women and young girls may have been raped,” said Aliona Kryvouliak, head of Ukraine’s branch of the NGO La Strada, which defends women’s rights. Practices also denounced by the Kiev authorities.