Human Rights Watch on Thursday (March 31) called on Ukrainian authorities to investigate an unverified video of Ukrainian soldiers shooting Russian prisoners in the legs. Acts that could constitute both “war crimes” and a “serious violation of international humanitarian law”.

According to information from Agence France-Presse (AFP), the scene is set in the town of Mala Rogan, east of Kharkiv, Ukraine. In the footage of this video released on March 27, we see three men in fatigues, their hands tied behind their backs, thrown from a van to the ground by other gunmen, who shoot them in the legs.

AFP journalists who were able to travel to Mala Rogan on March 28 were able to observe the bodies of two Russian soldiers, a bag over their heads, lying in one of the alleys of the village, largely destroyed by the fighting. two other bodies were thrown into a well.

In total, AFP counted the bodies of more than a dozen Russian soldiers among the many corpses scattered across the fields and near the houses of the village.

“Hitting and shooting captured fighters in the leg would be a war crime. Ukraine must demonstrate its ability and willingness to prevent and sanction serious violations of international humanitarian law.” Human Rights Watch in a press release published on Thursday, March 31.

On the Ukrainian side, an adviser to the presidency, Olekseiï Arestovitch, acknowledged on Telegram that the abuse of prisoners is a “war crime” and that such acts should be “punished”.

“We will treat prisoners in accordance with the Geneva Convention, regardless of your personal emotional motives,” he told the army.

The abuses are said to have taken place when the city, which had been used as a base for Russian troops to bomb Kharkov, was recaptured by Ukrainian forces in a pincer attack that surprised the Russians. Many of these soldiers became trapped in houses, left to their own devices. 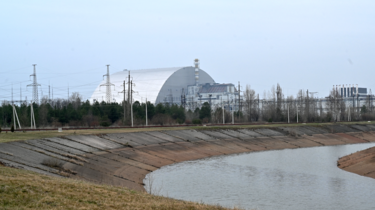 Russia, through its director of the Commission of Inquiry, the body responsible for the main criminal investigations in the country, has ordered an investigation into these alleged abuses launched.