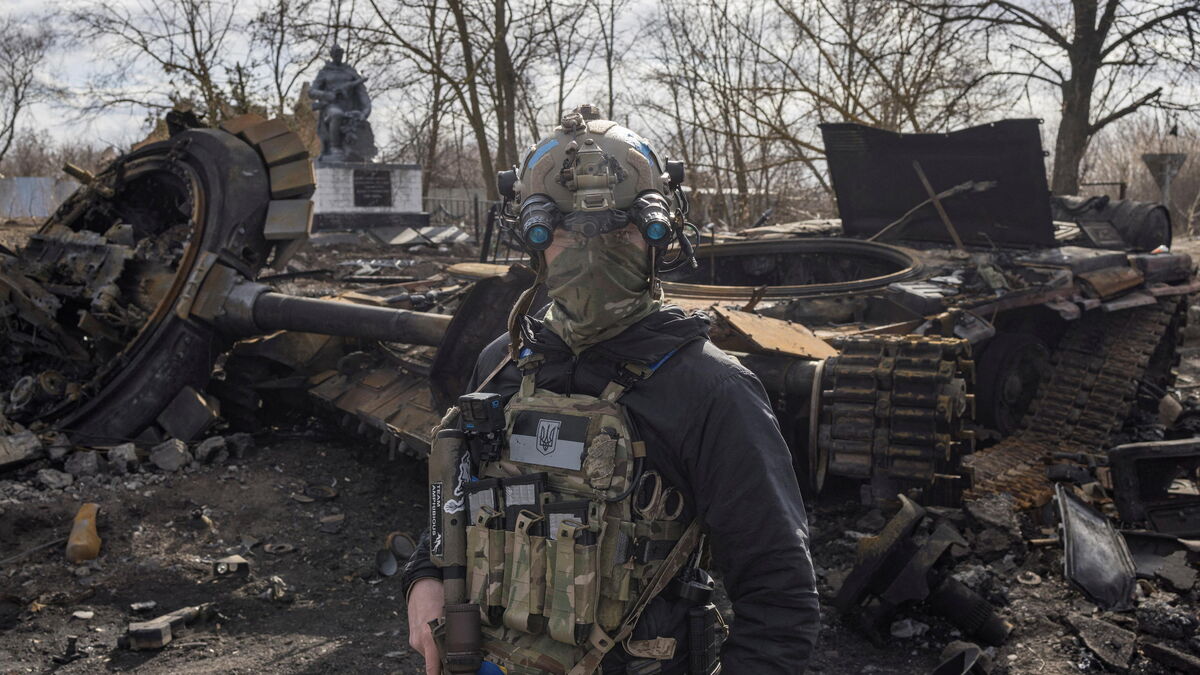 Awaiting discussions, probably from Tuesday, in Turkey, between Russians and Ukrainians, the russian attacks didn’t set time. Between Saturday and Sunday, Russia sent dozens of missiles to Ukraine, mainly targeting fuel depots, and this strategy appears to have continued from Sunday to Monday. The Russian troops will try to establish a dividing line between the unoccupied and occupied regions of our country. In fact, it is an attempt to create a North Korea and a South Korea in Ukraine,” Brigadier General Kyrylo Budanov said on Sunday.

The situation in Mariupol remains very worrying, after deterioration on Sunday† On Sunday evening, a rocket attack hit an oil base in the Volyn region, in the far northwest of the country, regional governor Yuriy Pohulyaiko said. There are currently no casualties to report. The regional capital of Volyn, Lutsk, about 120 km (75 miles) north of Lviv, was heavily attacked this weekend, including attacking its fuel depots. Lviv mayor Andriy Sadovyi said at least five people were injured.

The Ukrainians call “a high probability of involvement of the armed forces of the Republic of Belarus” in the attacks on the region, especially the towns of Kovel, Varash and Sarny, all of which lie along the same road axis.

Lutsk, Kharkiv, Zhytomyr and Rivne were especially targeted on Sunday. “Every day more and more missiles. Mariupol under the carpet of bombs,” Ukrainian presidential adviser Mikhail Podoliak said on Sunday evening. “Russia no longer has a language, humanism, civilization. Just missiles, bombs and attempts to wipe Ukraine off the face of the earth,” he wrote on Twitter.

Two very powerful explosions were recorded in Zhytomyr. “People were afraid because the houses were shaking like an earthquake. The blow was inflicted not in Zhytomyr itself, but near the city. Now the situation in Zhytomyr is more or less calm,” said Mayor Serhii Sukhomlyn this morning. Heavy fighting also continued at Izyum, southeast of Kharkov.

Ukrainian troops stand in the east

In the east, southeast and northeast of the country, “defensive fighting continues in the Topolske, Kamyanka, Sukha Kamyanka regions,” Ukrainian troops said this morning. In the Donbass, made up of two regions in which part of the Russian-speaking population claims autonomy from Ukraine, and where the Russians support the wishes, Russian troops are concentrated on Popasna, Rubizhne and Novotroitsky, in Luhansk. The attack also continues on Mariupol, all the way south of the immense basin.

Russian troops want to create a corridor around Kiev

CNN teams in Kiev heard a loud explosion early Monday morning, followed by sirens. According to the Ukrainian army, Russian forces are continuing their offensive in the northwest and east to control the access roads to the capital. Ukraine’s Deputy Defense Minister Hanna Maliar said on television that “the enemy is trying to create a corridor around Kiev and block transport routes”. Therefore, according to the Kyiv Regional Military Administration, areas in the west around the suburbs of Bucha, Irpin, Hostomel and Makariv, as well as the road to and from the city of Zhytomyr in the west and areas north of Vyshhorod, remain very dangerous and prone to to bombing by Russian troops. “In the past 24 hours, there have been more than 40 shelling by Russian troops on residential areas and social infrastructure,” the statement said.

However, according to Ukrainian intelligence, two tactical battalion groups, the famous elite BTG, of the 106th Airborne Division left the Kiev area to gather forces in Belarus.

Humanitarian corridors are usually organized daily from the cities most affected by the fighting, but Ukraine and NGOs have repeatedly denounced Russian attacks on these corridors, especially around Mariupol.

Two weeks of fires in the Chernobyl exclusion zone

According to Ukrainian authorities who have called for the “demilitarization” of the sector under the auspices of the UN, new fires have broken out around Chernobyl, which is occupied by Russian troops. “Major fires have started in the exclusion zone, which could have very serious consequences,” Ukrainian Deputy Prime Minister Iryna Vereshchuk wrote on her Telegram account on Sunday evening.

In response, the Russian agency Rospotrebnadzor said in a statement that 30 bomb-related fires were registered in the country in two weeks. Chernobyl Exclusion Zone, an area of ​​30 km around the nuclear power plant, which represents an area of ​​more than 2,200 km2 in Ukraine. A total of 8,700 hectares would have been affected. The monitoring of Rospotrebnadzor “indicates that radiation levels in Russia remain stable.”

Russian troops have left the Ukrainian city of Slavutitch, where Chernobyl workers work, the mayor said Monday morning. “They’ve done the job they started,” Yuri Fomichev said in a video posted online. The Russians had taken control of Slavoutitch on Saturday. “They searched the city. Today they finished it and left town. There is no one in town at the moment,” he says. The mayor sat in front of two small flags of the European Union and Ukraine. He assured that he was not cooperating with the Russians. Last week, regional governor Oleksandr Pavlyuk said Russian troops kidnapped the mayor.

A nearly six-minute video showed Ukrainian soldiers shooting men in the knees who appear to be Russian prisoners, allegedly during one of the battles for the city of Kharkiv. Asked about the video, a senior adviser to the Ukrainian president, Oleksiy Arestovych, said: “The government is taking this very seriously and an investigation will be launched immediately. We are a European army and we don’t joke about our prisoners. If this turns out to be real, this is absolutely unacceptable behavior.”

Ukrainian armed forces claim to have killed 17,000 Russian soldiers and destroyed tanks, planes and armored vehicles since the offensive began.