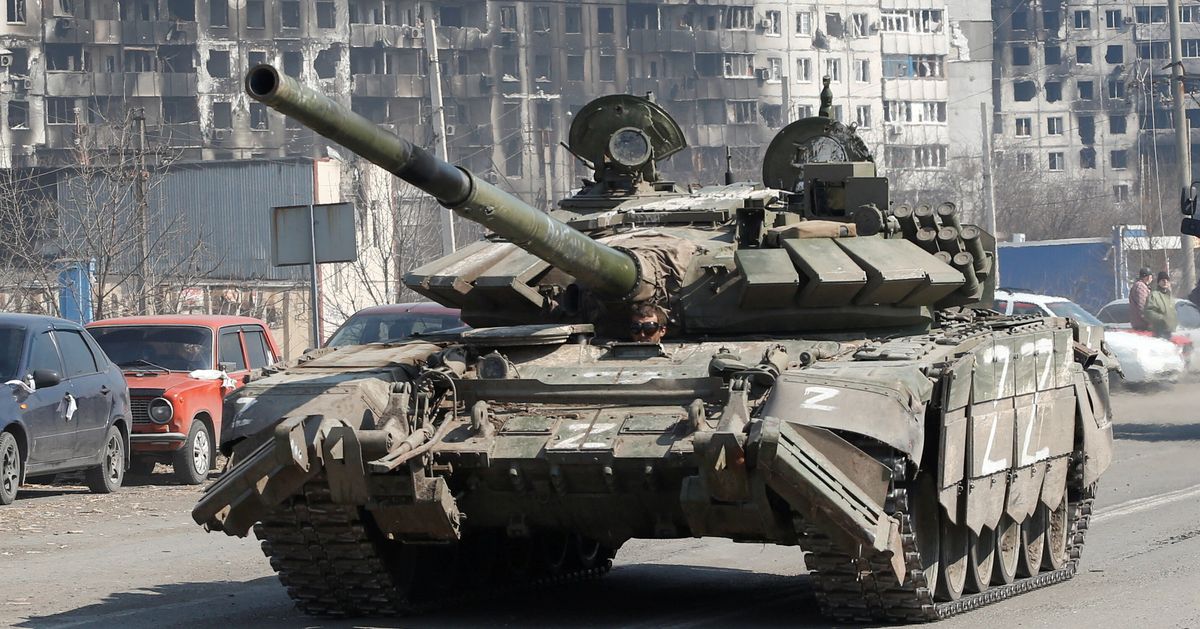 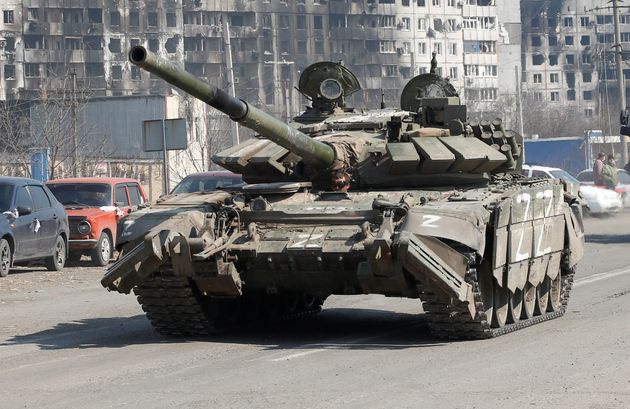 A tank of pro-Russian troops drives through Mariupol, Ukraine on April 5, 2022.

WAR IN UKRANE – New military aid to Ukraine, strengthening sanctions against Russia: Westerners are hardening their stances this Wednesday, April 6 after the recent discovery of numerous corpses in Butchanear the capital of Ukraine, where Russian shelling continues in several strategically crucial areas.

Ukrainian president Volodymyr Zelensky have demanded in recent days for tougher sanctions and the expulsion of Russia from the international community. He urged the UN on Tuesday to act “immediately” against Russia for its “war crimes” he believes have been committed in Ukraine, and called in particular for Russia’s exclusion from the Security Council, of which it is one of the five permanent members has the right of veto. †

Below are the latest developments on the ground on the 42nd day of the war in Ukraine:

Explosions took place Tuesday evening in the small town of Radekhiv, 70 kilometers from Lviv, the major city in western Ukraine, a local official announced and called on the population to take shelter.

Close to the Polish border, Lviv has become a haven for displaced persons.

Russia has evacuated “600,000 people” from Ukraine, who have not left “forcibly or abducted,” as the West says, Russia’s ambassador to the Security Council told the UN Security Council, Vassily Nebenzia, on Tuesday.

“We did not come to Ukraine to conquer territories,” he also said, again challenging allegations of atrocities against the Russian military.

Russia is strengthening itself to “take control of all of Donbass” in eastern Ukraine and “achieve a land bridge with Crimea” annexed by Moscow in 2014, NATO Secretary General Jens Stoltenberg said.

“Russian troops have left the Kiev region and northern Ukraine. Vladimir Putin is moving a large number of troops east to Russia. They will rearm, receive reinforcements, as they have suffered many losses, and replenish their supplies to launch a new, highly concentrated offensive in the Donbass region,” he explained. 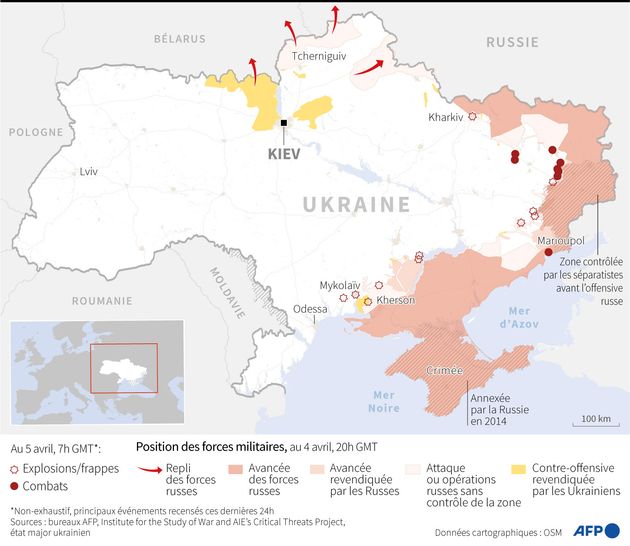 The advance of Russian troops in Ukraine from April 5, 2022.

The UN “has received credible allegations that Russian forces have used cluster munitions in populated areas at least 24 times since the invasion in late February,” an official told the senior manager of the organization to the Security Council.

The images coming from Boutcha, a Ukrainian city where dozens of bodies were found after the withdrawal of Russian troops, “point to the deliberate attack on civilians,” said a spokeswoman for the Office of the United Nations High Commissioner for Human Rights. †

“All signs indicate that the victims were deliberately attacked and killed instantly. And this evidence is deeply disturbing,” Elizabeth Throssell said at a regular UN press briefing in Geneva.

For his part, the head of Russian diplomacy Sergei Lavrov on Tuesday estimated that the discovery of corpses in Boutcha was a “provocation” aimed at derailing the ongoing negotiations between Kiev and Moscow.

Mariupol “has passed the stage of a humanitarian disaster,” the mayor of this city in southeastern Ukraine, besieged by the Russian army, told AFP on Tuesday, describing the situation of some 120,000 residents as “unbearable”, always on the ground. .

The Russian army on Tuesday claimed to have shot down two Ukrainian helicopters trying to evacuate the leaders of a nationalist battalion from Mariupol.