Home » What are these filter camps where Russia is accused of expelling Ukrainians? 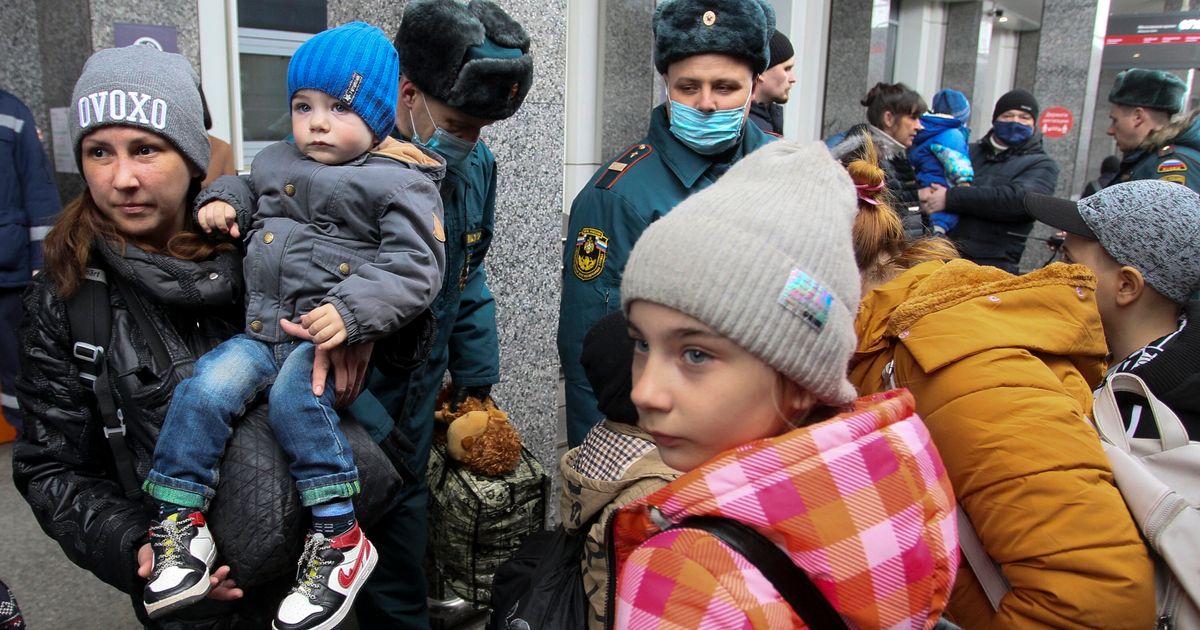 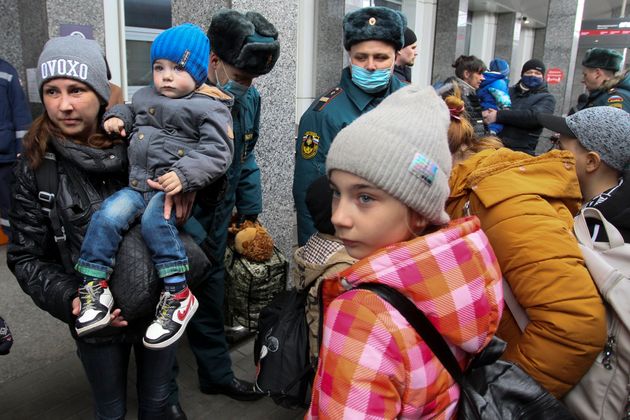 People from the Donetsk and Lugansk regions take the train to the Nizhny Novgorod region, April 2, 2022 (AP Photo)

WAR IN UKRANE – End of March, while the Russian invasion of Ukraine had been underway for nearly a month, the United Nations High Commissioner for Refugees estimated that nearly a quarter of the Ukrainian people had been moved.

Although many refugees have been able to join the European Union, the fate of other “displaced” concerns. Particularly in light of testimonies published in the international press and accusations about “filtration camps” published in early April. “People need to know the truth, Ukrainians are displaced in Russia, the country we are dealing with,” a woman from Mariupol said in an alarming cry. the guard†

His story echoes others, published in the Washington Postor on the BBC website. We can read statements from Ukrainian women – these are mainly women – who say that they were taken to a “filtration camp”, sometimes with hundreds of other people, especially other residents of Mariupol. The testimonials agree.

Forced by threats from Russian troops to come out of their hiding places, these Ukrainian women, who had managed to stay home with their families in dire circumstances, say they were taken by bus to a camp in Bezimenne, near Novoazovsk, in the claimed areas the Donetsk People’s Republic.

On site, aligned tents and Russian uniforms. They explain that they were called one by one and photographed from every angle. Their fingerprints were taken and they were also required to provide the codes and passwords for their electronic devices. Then they were interrogated, sometimes several times, even once by the FSB, the Russian intelligence services.

“They also asked me what I thought of Ukraine, of Putin, of the conflict. Everything was humiliating,” a refugee confided to the Guardianwhen someone else adds in the Washington Post that she had the impression of being treated like “a prisoner, a criminal”, like a “sack of potatoes” that “we are swinging from right to left”.

Many of the women testifying in this media have asked for their names to be changed, fearing their families will face reprisals.

The Maxar company specializing in satellite images recently sent to the UK media iNews several satellite photos of Bezimenne with blue tents set up near a large barracks. The camp is said to have been built around March 20.

“At every stage we are told to be thankful that we have a sandwich, that we were evacuated, that we were released. But freed from what?” annoyed the resident of Mariupol who testifies in the Washington Post†

Sometimes the interrogation turns into a media operation. The young pregnant woman photographed just after the bombing of the maternity ward of Mariupol and whose photo had gone around the world would also have passed through one of these filter camps. According to several observers, it is precisely in such a place, and under pressure, that a video was recently recorded in which she assures that there has been no air raid. A series widely broadcast by the usual Kremlin voice relays, such as the Russian mission in Geneva

But the Bezimenne camp is more of a distribution center than a real destination. After spending several hours in this filter camp, the witnesses say they were then sent to Russia, to various places in the Rostov region, in the south of the country.

The mayor of Mariupol was one of the first to sound the alarm about the “deportation” of its inhabitants, on the telegram channel city ​​official, adding that its citizens’ identity papers and passports were immediately confiscated

A concern that has since been conveyed by Ukraine’s Defense Minister, Oleksiy Reznikov. “After passing the filter camps, Ukrainians are sent to economically deprived areas of the Russian Federation. A number of northern regions have been designated as final destinations, most notably Sakhalin. Ukrainians are officially offered work through employment offices. Those who accept will receive documents forbidding them to leave the Russian regions for two years,” Oleksiy Reznikov denounced on Facebook.

Allegations also passed on by Lyudmila Denisova, who in the Ukrainian parliament is responsible for monitoring human rights violations: “Our citizens have been deported from our territory to theirs. They were taken against their will, they were forcibly taken to filter camps in the Donetsk region.” Russian media also report that hundreds of Ukrainian “refugees” have also reached the Yaroslavl and Ryazan regions by train, the BBC reports.

If the forced displacement of people can constitute war crimes, Moscow resolutely refutes, preferring to speak on its part of “rescue operation” and “evacuation”.

at the UN, this Tuesday, April 5, the Russian representative cited the figures of “602,000 people, including 119,000 children” evacuated. In particular, she responded to Linda Thomas-Greefield’s US intervention, according to which “reports indicate that Russian federal security agents are confiscating their passports and ID cards, cell phones and segregating their families”. “I don’t need to say what these so-called ‘filtration camps’ remind us of. It’s horrifying,” the US representative had also added.

The first camps after the Second World War

The term “filtration camp” appeared during World War II. After the armistice, the Russians established these types of structures, known as “NKVD Special Purpose Camps”, to monitor Soviet soldiers captured by Nazi Germany and returned to Russian soil. For the British historian Nick Baronthe goal is to verify that these soldiers were not overly influenced or that they had not become spies for the opposing camp.

Filtration camps had been set up by the Russian authorities in particular during the wars in Chechnya between 1994 and 1996, then between 1999 and 2003. One of the most famous camps was that of Chernokozovo, near Grozny. Thousands of Techechens disappeared in these structures at the time, recalled The world, a 2000. A Human Rights Watch report that year also reported testimony of torture and rape. Sunday, after the discovery of the Boutcha massacre, the same NGO warned against the use of rape as a weapon of war.