Home » what happened in Moura, where hundreds of people were killed by the Malian army and Russian mercenaries? 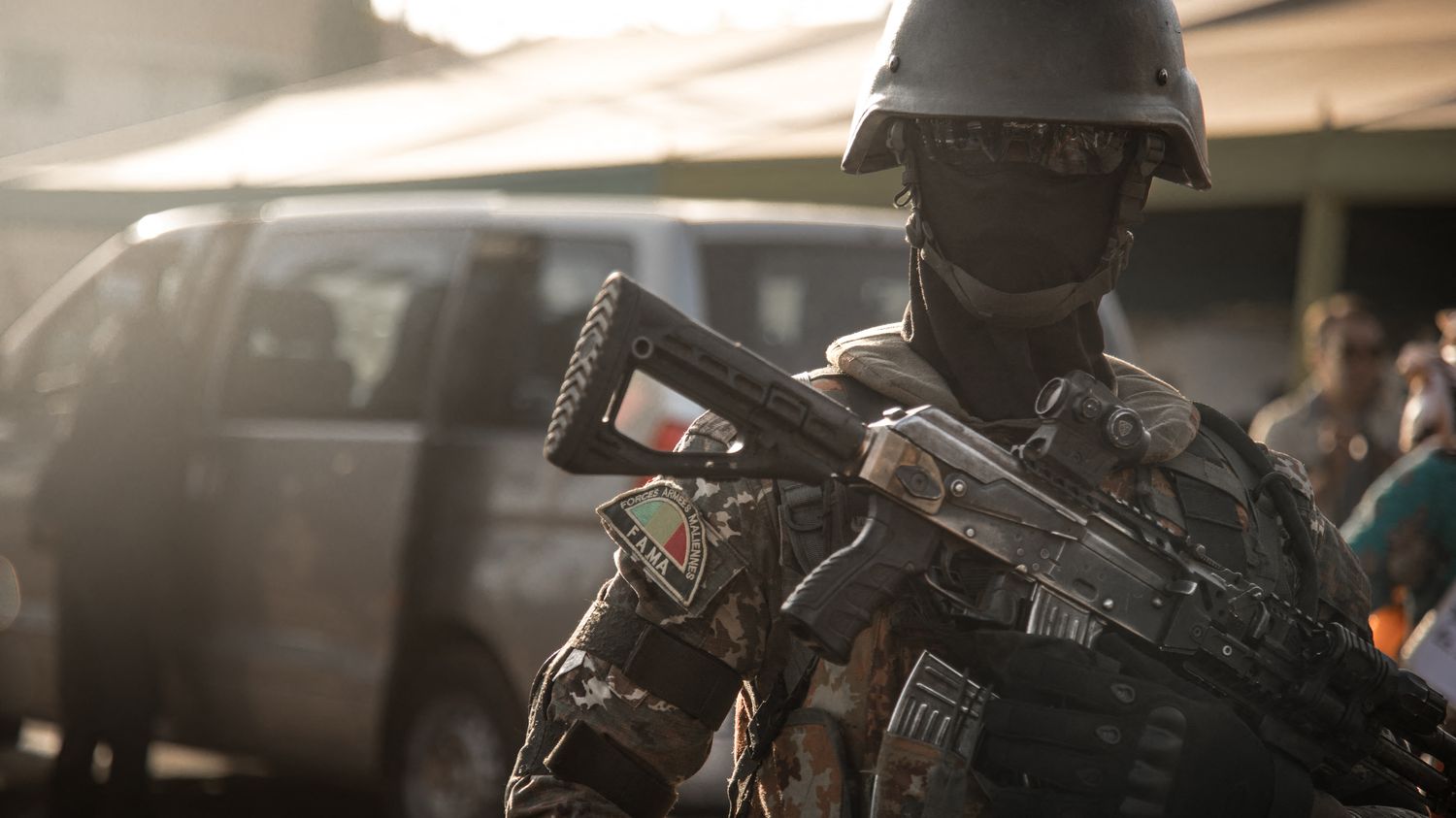 International condemnations are piling up. After the discovery of a “bloodbath” in Moura, according to the organization Human Rights Watch (in English)France said to herself “seriously concerned”Monday 4 April, by possible “mass abuses” committed in this village in central Mali by Malian soldiers, “accompanied by mercenaries” of the Russian private group Wagner. According to the Quai d’Orsayfrom “hundreds of citizens” would have been murdered.

“France calls for the swift opening of national and international investigations to establish responsibility for these acts and bring the perpetrators to justice.”

The Ministry of Foreign Affairs

in a press release

Minusma, the UN stabilization mission in Mali, said on Saturday that it… “aware of the confrontations” between the Malian army and extremist groups and “very concerned about the allegations of violence” against civilians. accusations “extremely disturbing”, had supported the US State Department on Sunday, in turn citing Wagner’s presence. Franceinfo comes back to what we know about these abuses.

Army claims to have killed ‘terrorists’

Friday night claimed to have killed the Malian army “203 fighters” from “armed terrorist groups” during an operation “wide reach” in “the Moura area”, between 23 and 31 March. She added that she had arrested 51 jihadists. this operation followed, according to the Malian army, “to specific information” Certainly †a meeting between different katibas” – a term for local jihadist groups, some of which have ties to Al Qaeda in the Islamic Maghreb or the Islamic State in the Great Sahara.

Since the beginning of the year, fighters of these katibas have been killing “dozens of members of the security forces” in Mali, Human Rights Watch recalls. The NGO also points out “A dramatic spike in civilian and suspect killings since late 2021” by these jihadists, but also by the Malian armed forces. According to Human Rights Watch, the military operation in Moura resulted in the deaths of approximately “300 civilians, some of them [étant] suspected of being Muslim fighters”. A story that differs considerably from the version of the Malian army.

The events began around 10 a.m. on March 27, according to witnesses interviewed by Human Rights Watch. As indicated Release† Katiba Macina fighters, affiliated with the Support Group for Islam and Muslims (GSIM), usually go to the Moura cattle market every Sunday to get supplies and deliver sermons. Nineteen witnesses reported the first shots exchanged between soldiers and armed Islamist fighters, killing several civilians. According to a witness, a helicopter flying over the market shot at residents who tried to flee.

Soldiers then “patroled the city, executed some men as they tried to flee and arrested several hundred unarmed men from the market or in their homes”, reports Human Rights Watch. According to witnesses interviewed by the NGO, some of those arrested were known Islamist fighters, but the others were residents of Moura and the surrounding area.

The arrested men were taken to an area east of the village and held there until March 31. for four days, “the soldiers ordered the prisoners, in groups of 4, 6 or a maximum of 10, to get up and walk several tens, even hundreds of meters. There they were summarily executed by the Malian and foreign soldiers”says Human Rights Watch.

“The sound of gunshots reverberated through our village from Monday to Thursday.”

A resident of Moura

Multiple witnesses reported that people were executed based on their appearance. “Many men were killed because they were forced to grow beards by jihadists”, says a witness. Others spoke of executions linked to people’s ethnicity. According to a villager “the soldiers seemed to be aiming it at the Fulani”.

“On speaks of a siege, triages of unarmed individuals, series of extrajudicial executions over a period of four days”underlines Ousmane Diallo, researcher at Amnesty International, based in Dakar† And this specialist in the Sahel to summon deeds “very methodical, which seemed planned”.

“How can they say no civilians were killed when seven were executed on my doorstep, including three of my cousins ​​who are shepherds!” a resident responded to Release. Estimates received by Ousmane Diallo report 150 to 500 deaths. “At least 200 to 300 people were killed”, believes the researcher, relying on the words of a dozen “survivors and local resources”†

“We estimate that a large majority of those executed, about 80%, were civilians.”

What is clear is that the men were unarmed when they were executed.† continues Bénédicte Jeannerod, director of Human Rights Watch in France.

According to two witnesses quoted by the NGO, several dozen detainees had to dig three mass graves in Moura during the army operation. “Residents have explained that they have had to bury their dead in a chain themselves, they speak of mass graves and charred bodies”also reports RFIA† The testimonials collected by Human Rights Watch also cover cases of theft of “jewellery, money and other goods in homes” like “Dozens of dead burned”. “Empty houses were looted”, Press Release.

According to villagers interviewed by the newspaper, “Several young women were taken in the evening to the soldiers’ camp, where they were allegedly raped”. Human Rights Watch is still waiting for enough reliable information about this. Ousmane Diallo, of Amnesty International, shouts “various secondary sources” have talked about “case of rape in Moura”. “But we still have some confirming work to do” about it, he says.

The Malian army has not acted alone. According to “various safe sources” at Human Rights Watch† the operation performed in Moura “more than 100 Russian soldiers involved”, next to Malian soldiers. A trader interviewed by the NGO claimed to have seen “white soldiers”† Russians, he says, execute 19 men in four days. “Witnesses consistently describe to us white soldiers who took part in the operations they believe to be Russians, also because of authorities’ statements that Russian ‘trainers’ have been deployed in Mali”emphasizes Bénédicte Jeannerod.

“The European Union, the United States, France, among others, believe that these soldiers are part of Wagner.”

Ousmane Diallo also wipes away any doubts about their presence: “VSThey are clearly members of the Wagner group. That’s what all the sources consulted say. In mid-February, French Foreign Minister Jean-Yves Le Drian estimated that about 1,000 mercenaries from the Wagner group are present in Mali.