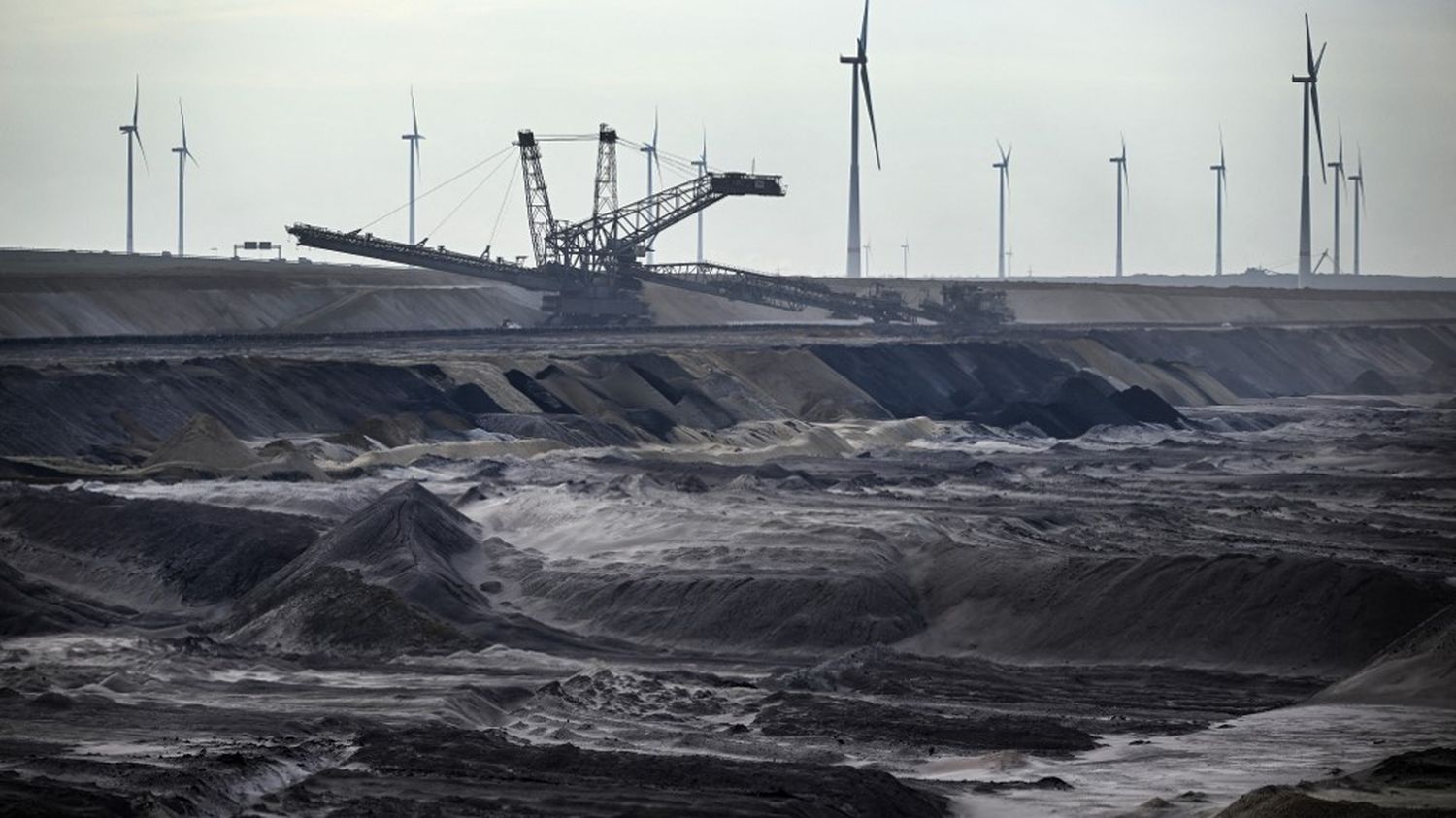 After the facts and the effects, the solutions. The Intergovernmental Panel on Climate Change (IPCC) released the third and final part of its sixth report on climate change on Monday, April 4. This time, the scientists, who had already submitted their papers on the physical evolution of the climate and its effects on human societies and biodiversity, assessed how to reduce greenhouse gas emissions — “mitigation,” in IPCC jargon.

>> Follow the latest reactions to this new report in our live

In the period 2010-2019, these greenhouse gas emissions, produced by our daily activities, continued to increase. This growth slowed slightly, from +2.3% to +1.3% per year. To keep global warming well below 2°C, these emissions must be reduced by 27 to 43% by 2030 and by 63 to 84% by 2050. Specifically, they should reach a peak in three years. “The decisions we make today can ensure a livable future”said Hoesung Lee, the chairman of the UN body. †We have the tools and the know-how to limit global warming”According to him.

Franceinfo has been able to consult the “Summary for decision-makers” of this report and presents the main lessons to you.

Doing nothing costs more than the necessary investments

The IPCC experts first point out that: “The total cost of limiting warming to +2°C in the 21st century is less than the global economic benefits of reducing warming.” In concrete terms, the necessary investments would cost less than the economic damage caused by the climate crisis. “This is an extremely robust conclusion. Reducing our emissions is an investment that is worth it in the long run”in advance with franceinfo Céline Guivarch, research director at the International Center for Research on Environment and Development (Cired) and co-author of Group 3 of the IPCC.

A toolbox, sector by sector

The report is very clear: all scenarios limit warming to 1.5°C or 2°C “imply rapid, deep and usually immediate reductions of greenhouse gases in all sectors”† If the IPCC scientists see any progress, the current state commitments, which are not even fulfilled, will lead to warming well above 1.5°C in this century (+3.2°C). For IPCC Group 3 Vice President Priyadarshi Shukla, “the right measures, infrastructures and technologies” can “reduce greenhouse gas emissions by 40 to 70% by 2050”† Here the solutions have been evaluated, sector by sector, to correct the situation.

Energy production (about 34% of global emissions). In this sector, which mainly corresponds to the production of electricity, the consumption of coal, oil and gas should decrease by 95%, 60% and 45% respectively in 2050 compared to 2019. This requires a “great transition” of “the deployment of low-emission energy sources” such as wind, sun, hydropower or nuclear. At this point, the IPCC notes that many low-carbon technologies “showed many improvements over the previous report, in terms of cost, performance and implementation”†

Co-author of the report and director of Cired, Franck Lecocq, also emphasizes that the fossil infrastructure currently being built will produce more greenhouse gases than is needed to limit global warming: “Achieving these targets therefore means closing these factories prematurely, which is an extremely strong message. A fortiori, any new construction makes it even more difficult to achieve this target.” It also means that not all known coal or oil reserves are exploited.

Industry (about 24%). Achieving net zero emissions in this sector is a “challenge”but it is “reasonable”, estimates the IPCC. Scientists talk about concerted actions “throughout the entire value chain”in front of “use materials more efficiently, reuse and recycle, reduce waste”† “These options have the potential to be used more in industrial practice and require greater industrial policy attention”note the authors of the text.

Agriculture, forestry and land use (about 22%). This sector is critical because, in addition to its own emissions reductions, it can participate in capturing carbon emitted by others. In addition, there is: “full of country-specific opportunities to deliver co-benefits (such as preserving biodiversity, ecosystem services and way of life) and avoiding risks (e.g. through climate change adaptation)”†

It goes through the “preservation, better management and restoration of forests and other ecosystems, such as coastal wetlands, peatlands, savannas and grasslands”, sustainable management of crops and livestock. The consumer is not forgotten, as the transition to a diet richer in plants and with less meat is mentioned as a solution to reduce the sector’s emissions.

Transport (about 15%). In this sector, the largest emitter in France, the IPCC lists several options: reducing the demand for transport (teleworking, less urban sprawl), switching to less polluting forms (public transport), active modes of transport (cycling, walking) with investments ( cycle paths, sidewalks), vehicle electrification (less polluting than thermal vehicles over their entire life cycle) and biofuels (even if the latter pose risks for land use conflicts with food). These restrictive measures would also have several other benefits, including: “improving air quality, health, equal access to transport, reducing congestion and demand for materials”they notice.

Buildings (about 6%). Cities and urban areas offer: “meaningful opportunities” to reduce greenhouse gas emissions. This should include: “reducing or changing the consumption of energy and materials”† “electrification” and increasing the city’s capacity to capture and store carbon (for example with greenery).

To limit warming to 1.5°C compared to the pre-industrial era, the world must be climate neutral by 2050 (2070 for limiting warming to 2°C), the IPCC recalls. To do this, in addition to reducing our emissions, “the deployment of carbon capture devices to offset the remaining emissions is inevitable”, they write. These residual emissions, which are difficult to remove, come from sectors such as agriculture (eg methane emissions from ruminants) or aviation.

The IPCC sees as solutions the development of natural carbon sinks, through reforestation and changes in soil practices, as well as artificial solutions (not yet mature) for CO2 capture and storage. “However, this does not mean that we can continue to emit greenhouse gases. The lower the residual emissions, the fewer negative emissions we need to compensate for them.”emphasizes Céline Guivarch.

“Emissions have increased in most parts of the world, but are unevenly distributed”, the IPCC recalls in this third part. Experts back their claims with this infographic on the cumulative emissions since 1850. Even today, the total emissions of the least developed countries per capita “much lower” (1.7 tons of CO2 per year) than the world average (6.9 tons). “Globally, the richest 10% of households are responsible for between 36 and 45% of emissions”add the authors.

Faced with this observation, the IPCC experts emphasize that the solutions to the climate crisis are not the same. “People of high socio-economic status contribute disproportionately to emissions and have greater reduction potential”, the experts underline. In general, they find that a “Accelerated financial support from developed countries to developing countries is an important factor in scaling up mitigation actions and tackling inequalities” and face “to its economic vulnerability to climate change for developing countries”†

Significant funding is needed to implement this transition. Today, the IPCC notes, “private and public financial flows to fossil fuels are always greater than those for climate change adaptation and mitigation”. According to the scientists’ calculations, the annual funding for the decade of 2020 “three to six times higher than the current level” to achieve the goals of the Paris Agreement. “Despite momentum and commitments, real progress is slow”notes Raphaël Jachnik, co-author of the report and political analyst at the Organization for Economic Co-operation and Development (OECD).