Home » Why Zelensky is calling on Nicolas Sarkozy to come and watch the Ukrainians living in Boutcha . be tortured 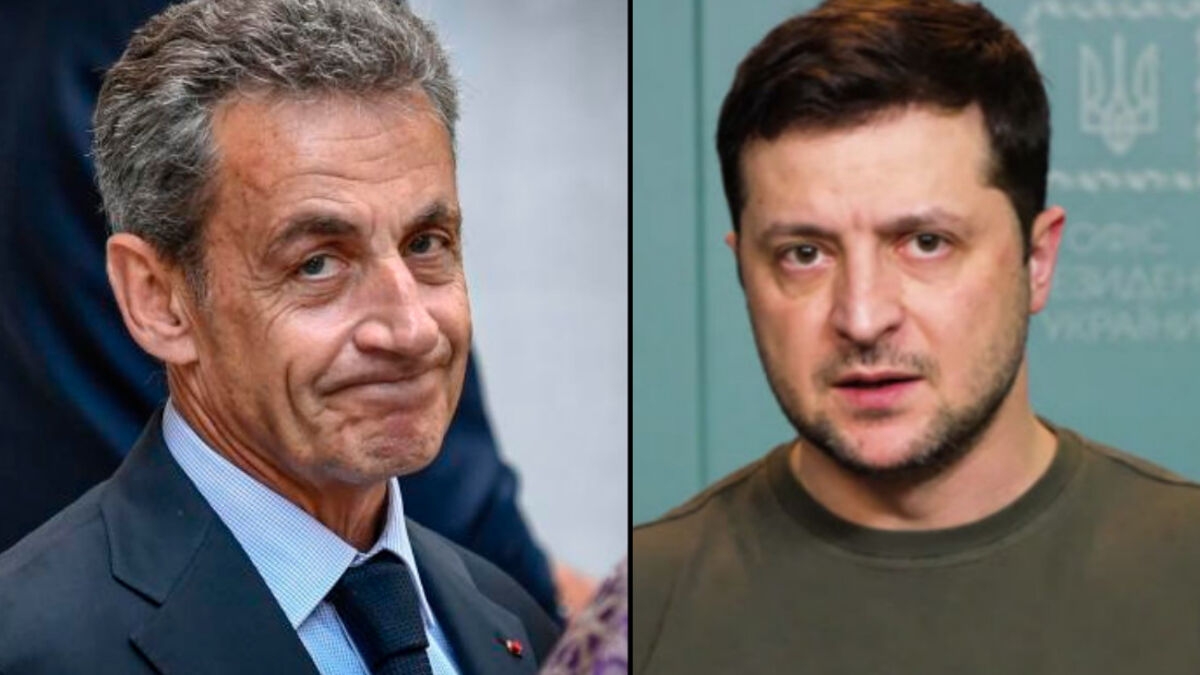 The couple “Merkozy” recovered… in the mouth of the Ukrainian president. Former German Chancellor Angela Merkel and former French President Nicolas Sarkozy were specifically “invited” by Volodymyr Zelensky to go to Boutcha, the Ukrainian city near Kiev where hundreds of bodies were discovered. the Ukrainian president wants the two former leaders to come and see “what the policy of concessions with Russia has led to over the past 14 years” and “the tortured and murdered Ukrainians,” he said in a new speech Sunday night. From heavy suspicions of “war crimes” hang over the Russian army since the discovery of these images, this weekend.

But why does Volodymyr Zelensky, who has become a “warlord”, call the name of the former French president – and not that of, say, his successor François Hollande? In the same video, the head of state recalls speaking on the day of the 14th anniversary of the NATO summit in the Romanian capital Bucharest. At the time, Nicolas Sarkozy and Angela Merkel through the Membership Action Pan (MAP) opposed Ukraine’s (and Georgia’s) accession to the military alliance. “These two countries are not mature”, than justified the entourage of the former French president. “We have come to the conclusion that it is too early to give these two countries MAP status,” the former German chancellor added at the microphones.

“This 2008 summit was a turning point and a sign of a very deep and lasting mistrust of France and Germany and it remained really anchored in all conversations, in Ukraine and in other countries close to Russia,” said Nicolas Tenzer, publisher of Desk Russia .

With Sarkozy, a renewal of the “special relationship” with Russia

More generally, Nicolas Sarkozy sent several favorable signals to Russia during his five-year term: industrial collaborations, the year of Russia in France and of France in Russia, etc. “Three years after his election, Nicolas Sarkozy seems – far from of a logic of rupture – on the contrary to work on the renewal of the special relationship between Paris and Moscow, initiated in the late 1960s by General de Gaulle and continued with varying degrees of success by the other presidents of the Fifth Republic. France’s current position vis-à-vis Russia is all the more surprising because it apparently runs counter to two deeply held presidential beliefs – Atlanticism and the desire to differentiate itself from its predecessors,” analyzed in 2010 Arnaud Dubien, director of the Franco-Russian Observatory in Moscow , in the International and Strategic Review.

Patrick Martin-Genier, a science teacher, has a slightly different interpretation of Zelensky’s speech. Recalling that during the conflict with pro-Russians in Georgia in 2008, Nicolas Sarkozy “achieved very important things and a provisional ceasefire”, he believes that the Ukrainian president “blames Europe more generally from the fact that it has been blind and has done no more” Ukraine. The couple “Merkel-Sarkozy” would be only one incarnation.

Francois Hollande, for his part, may have been spared Zelensky’s words “thanks to” his diplomatic efforts to end the war in Donbass, region of eastern Ukraine occupied by pro-Russian separatistsand to his refusal to sell the two Mistral warships to Russia† “On the foreign policy front, Hollande has always been firm and consistent towards Russia,” analyzes Nicolas Tenzer.