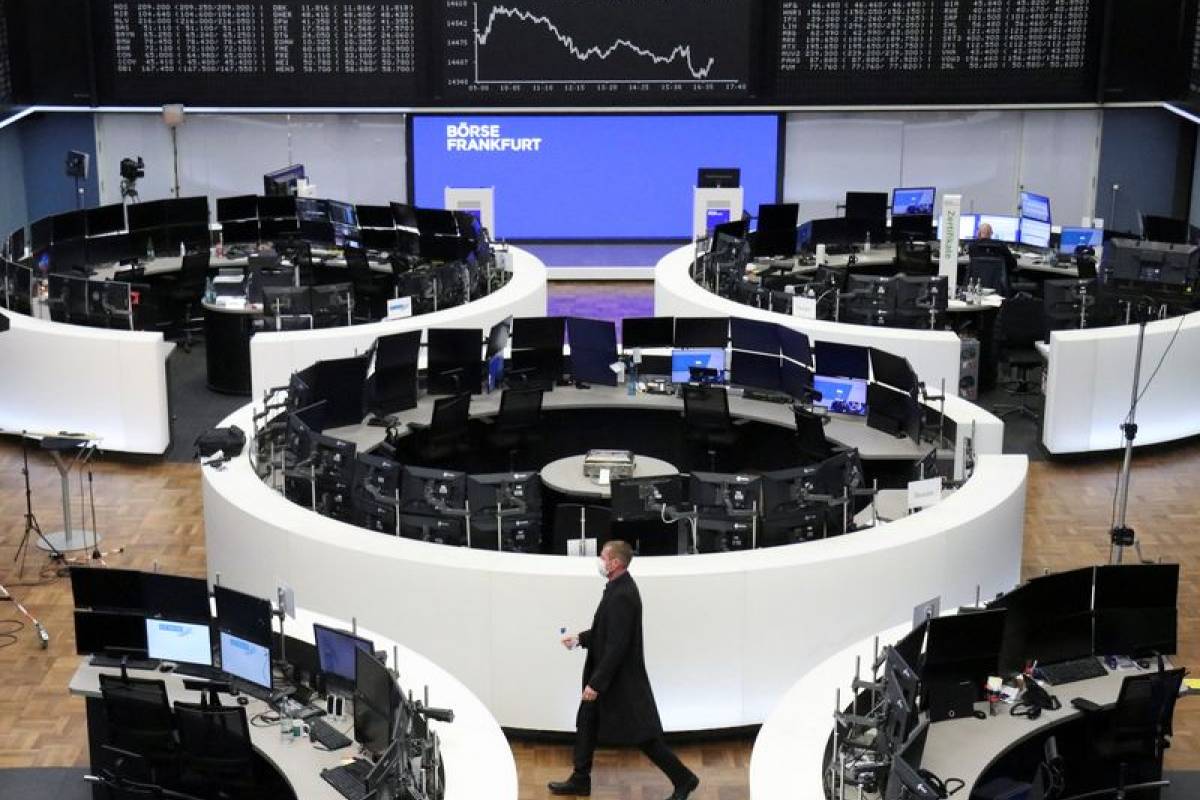 PARIS (Reuters) – European stock markets ended in mixed order on Tuesday with Wall Street trading in the red mid-session following a European Union proposal to introduce new sanctions against Russia, as the rebound registered tech stock monitoring has been extinguished.

The amount of new European sanctions, following alleged atrocities committed by Russian troops in Boutcha, a town on the outskirts of Kiev where the bodies of people shot at close range, were estimated at around €9 billion a year, a source said. .

Investors fear these sanctions will spark another rise in commodity prices and increase pressure on central banks to tackle inflation.

In Paris, shares of banks and highway concession operators suffered like markets that had priced in a potential victory for Marine Le Pen in this month’s presidential election.

French banks are also more exposed to Russia than their European counterparts. Societe Generale, BNP Paribas and Crédit Agricole lost 5.5%, 4.5% and 5.02 respectively, against a 1.04% decline for the banking index in Europe.

Vinci and Eiffage were each down about 4%, while Marine Le Pen favored the nationalization of highway authorities.

The French groups Capgemini and Wordline, which had benefited from the recovery in technology stocks, fell by 2.23% and 2.71% respectively, while the Dutch ASML fell by 0.7%.

With the US Federal Reserve set to release the minutes of its March meeting on Wednesday, markets estimate a nearly 81% chance of another 50 basis point rate hike in May.

Going against the trend, Twitter, which closed Monday with a jump of more than 27% after announcing a more than 9% stake in its capital by Tesla CEO Elon Musk (-0.5%), nevertheless 3.7% . Elon Musk will also join the social network’s board of directors.

On a positive note, cruise operator Carnival (+3.2%) jumped out after announcing a double-digit increase in bookings for the week from March 28 to April 3, compared to the previous weekly record, pushing the entire transport fleet. and leisure sector.

THE INDICATORS OF THE DAY

The final results of the IHS S&P Global survey show that euro-zone private sector activity growth remained strong last month with a composite index of 54.9 in March, up from 55.5 in February and 54.5 in the first estimate. However, IHS S&P Global stresses that the recovery is threatened by rising energy costs and the Russian military’s invasion of Ukraine.

For its part, the monthly US survey by the Institute for Supply Management (ISM) showed that service sector activity accelerated again in March with an index of 58.3.

The dollar is up 0.39% against a basket of reference currencies ahead of a Fed rate hike and thanks to its safe-haven status.

The yield differential between the 10-year French bond and the Bund of the same maturity widened to a two-year high of 55.70 basis points, leading to an increase in the risk premium for French rather than German debt.

Oil prices are volatile as investors arbitrate between fears of tighter supply and the release of strategic reserves in several major countries.